With New York’s Waterline Square, three architects are better than one

Brought together by national real estate organisation GID – due to its experience designing New York City buildings – the architects have each designed a unique tower block for the development.

While unique, the three buildings feature the same architectural lexicon of glass and specialised metal panels in rectangular shapes with stone bases, allowing their forms to feel like members of the same family. The stepped outdoor spaces form cascading ridges across the facades and each building has an irregularly faceted crown, with heights varying from approximately 370 ft to 450 ft. 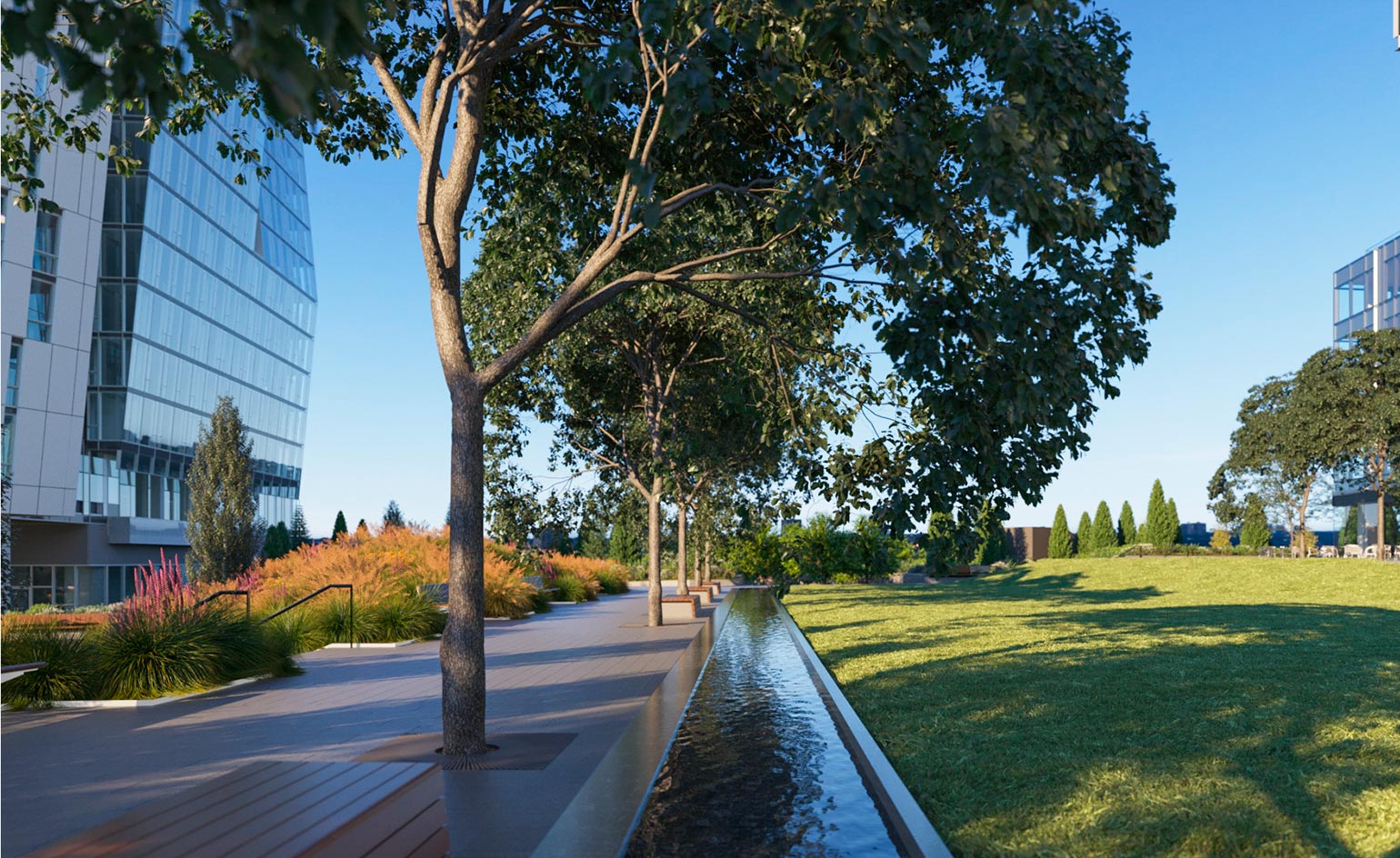 Open green space and a park have been landscaped into the development design, linking it to the New York City grid and the adjacent Hudson River Greenway

At ground level, outdoor green space has been designed to flow through the masterplan, linking the buildings together and connecting them to the city and Hudson waterfront beyond. A park with a playground, fountains and waterfalls has been placed at the centre of the development to conjure the same sense of community found at the neighbouring iconic spaces of Hudson River Park, Central Park and Riverside Park.

Expected to complete in the second half of 2018, Waterline Square is part of the larger Riverside Masterplan, which began over two decades ago, designed to transform 77 acres of Manhattan’s Hudson River waterfront into a residential neighbourhood.

Each building is being constructed simultaneously, with the development expected to complete in 2018