The recently opened National Taichung Theater is located in the one million-strong city in central Taiwan, and was designed by Toyo Ito in collaboration with Cecil Balmond. Photography: Lucas K Doolan

Designed by Toyo Ito in collaboration with Cecil Balmond, the National Taichung Theater is a new landmark for Taiwan. The free-form structure houses three theatres of varying capacities within its organically sloping halls. At 40,000 sq m, the eight storey venue is based on a three dimensional grid, which has been shifted and sculpted into an irregular form reflective of a coral reef.

The construction technique was ideal for its complexity – the curved walls of are made of concrete, poured into a prefabricated steel cage with three layers of mesh on either side, which was then hand-plastered to achieve the surface texture required for the interiors. The structural engineers, Arup, took advice from race car design engineers to achieve the exact structural, aesthetic and acoustic effect. 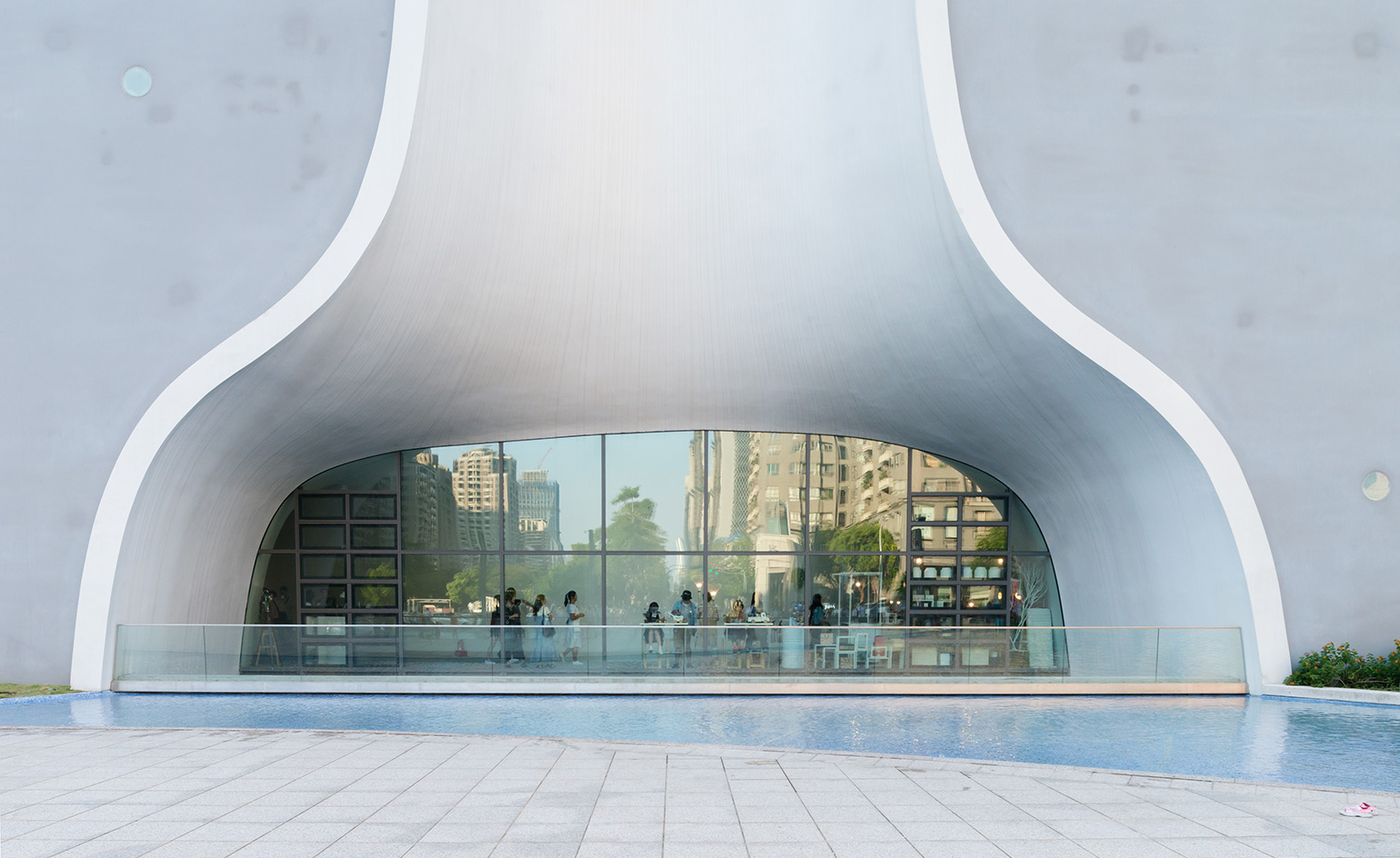 Curved, irregularly shaped entrances and openings are featured throughout the building

The central foyer is calm and womb-like, with smaller corridors shooting off like veins to the grand theatre, which seats 2016 people, the beating heart of the whole complex. Further facilities include rehearsal spaces, a restaurant and roof terrace of 4,000 sq m. The inside space ‘awakens people’s memories of being inside caves, the most primitive space for mankind. On the other hand they can enjoy a kind of spatial experience which one can never find in modernist architecture’ said Ito in an interview with Wallpaper* in 2014.

The Pritzker Prize winning architect, Ito, and maverick designer Balmond, have collaborated previously on the Serpentine Pavillion in 2002 and their similarities lie in their interest in challenging our perception of built environments.

The architectural design is based on a grid, which Balmond describes as a three-dimensional chessboard

The organic shaped facade resembles the curves of a coral reef

There are three theatres within the Taichung Opera House, the largest seating 2016 people and the smallest seating an intimate 200

In addition to the external water feature, small moats of water also run through the interior

Further facilities in the building include rehearsal spaces, a restaurant and roof terrace