The Shanghai Planetarium will be set within an expansive green zone designed to include exterior exhibits and housing solar and optical telescopes, ab optical planetarium, as well as an education and research centre. Photography: Atchain for Ennead Architects

Set to complete in 2020, Thomas Wong and Ennead Architects have broken ground on their astronomically ambitious design for Shanghai Planetarium, a branch of the Shanghai Science and Technology Museum. At 400,000 sq ft, the awe-inspiring building will house the world’s largest planetarium theatre. The architecture has been designed to reflect and reveal planetary objects orbiting in space, enlightening earthlings with an intergalactic experience.

The building revolves around three central forms – the Oculus, the Inverted Dome and the Sphere – which have been designed as theatrical devices through which to understand the universe. The Oculus acts like a sun dial, projecting a circle of light across the paved public plaza demarcated with times and dates of the cultural calendar, while the Inverted Dome which sits above the central atrium provides a view of the sky, eliminating the horizon from view. A continuous circlular skylight around the Sphere, which houses the planetarium theatre, will highlight a complete ring of sunlight at midday on the summer solstice.

A computer generated image of the exterior of the Shanghai Planetarium

Thomas Wong, lead designer of the building and design partner at Ennead Architects, wanted the architecture to connect the purpose of the building to its historical and iconic context: ‘The use of the building to manipulate sunlight and demonstrate this most basic astronomical principle connects the modern museum with historic structures that act in similar ways: the Great Pyramids at Giza, Angkor Wat, Jantar Mantar, the Mayan Temples at Chichen Itza,’ says Wong.

The use of innovative engineering technology aims to instill a sense of wonder in the visitor – the architects designed the building to appear as if it were levitating using a cantilever circumscribed by a large steel ring truss, which integrates into the shape of the massing and the facade. Similarly, the Sphere is held up just by a few steel brackets: ‘The suspension and scale of this building element confronts visitors with a near-celestial experience, as if witnessing a planetary body up close and personal,’ says Wong, who wanted the architecture to truly effect the human experience and inspire people to discover more about the universe. ‘At its best, the building will illuminate what it means to be human in a vast and largely unknown universe.’ 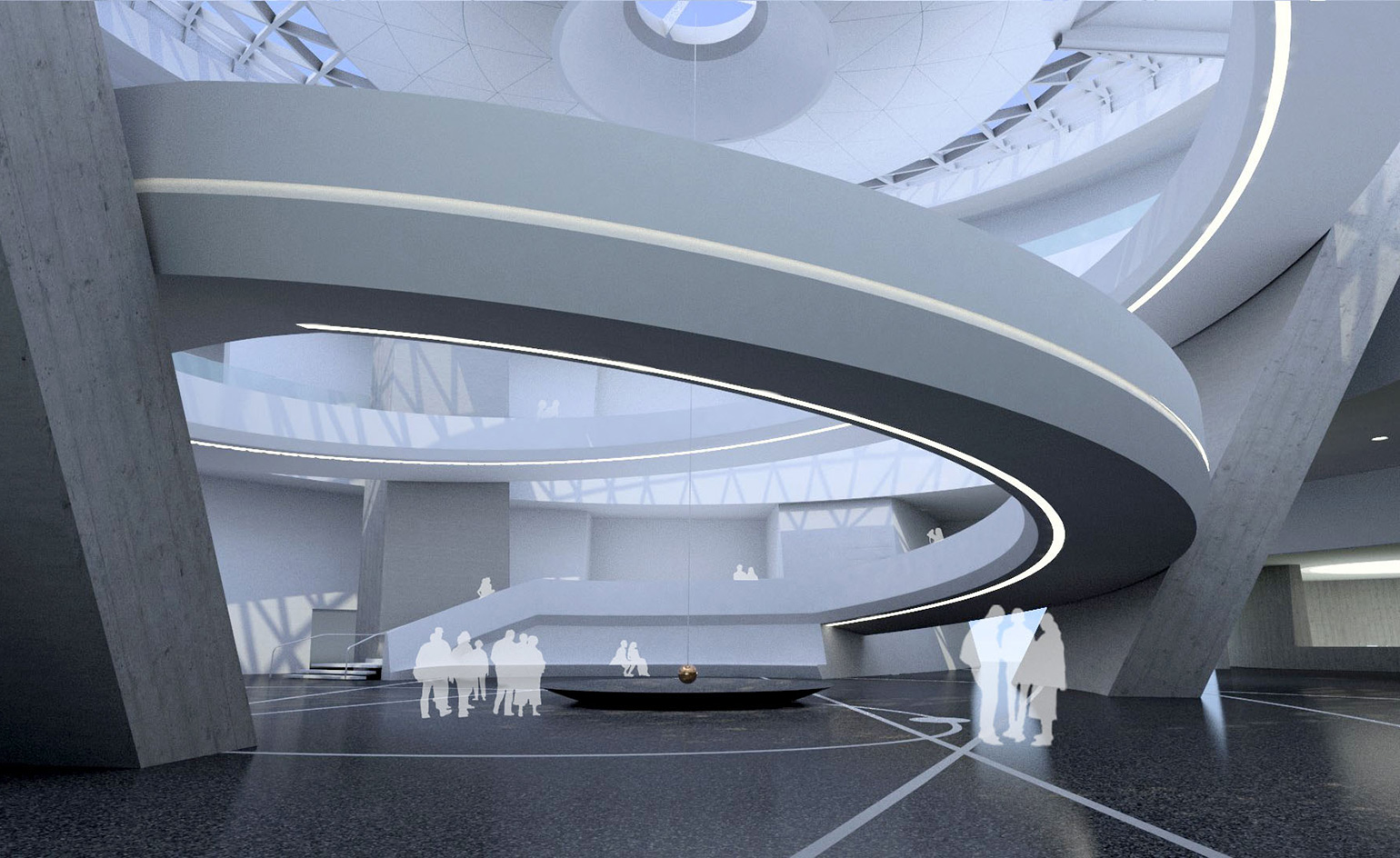 As well as an academic and educational public building, the Shanghai Planetarium will become an icon for China’s past and future: ‘The architecture represents a continuum in the long history of Chinese astronomical science, and sets a framework for the ambitions of China’s space program,’ Wong explains. Skilled at creating a symbiosis between scale, vision, form and function, Wong and Ennead have worked on many large-scale public projects in the US, yet working in China presented them with an unprecedented experience to focus on such a significant building from scratch. ‘China is in the midst of an explosion of cultural facilities as its growing middle class increasingly develops a huge cultural appetite and thirst for activities outside of the workplace. China in general, and Shanghai specifically, also desires to compete at a global level as a cultural centre,’ says Wong.

The planetarium is part of a wider masterplan for the Lingang, an area of Shanghai located south and east of the downtown business district, which is being developed as a satellite city. ‘Its development is part of an ongoing effort to distribute the city’s population and density and the larger vision of joining localised centres into a networked megalopolis,’ says Wong, who is also working on the Lingang Sci Tech City with Ennead, located not far from the planetarium. He says the area has been identified by the Shanghai government as an ‘Innovation Zone’ designated to promote scientific and technological development: ‘We see incredible synergy here that has great potential,’ he concludes.

The Inverted Dome allows visitors ’a direct, focused and authentic experience of both the day and night sky’ says lead designer Thomas Wong

Lingang is located to the south and east of downtown Shanghai’s central business district, closer to the East China Sea and not far from Pudong International Airport

’Enhancing the meaning and reach of architecture is a foundational principle in all of our work, as is connecting the building closely to purpose and utilising form and space to maximise the human experience,’ says Wong

New York-based Ennead Architects have an office in Shanghai and are known for designing educational, cultural, scientific and governmental buildings