The Next Level is a new extension for the ARoS museum in Aarhus designed by Schmidt Hammer Lassen in collaboration with the American light-artist James Turrell. Photography: Petri And Betz

When he joined the ARoS museum in Aarhus three years ago, director Erlend Høyersten inherited a landmark building by Danish architecture firm Schmidt Hammer Lassen, topped with a rainbow-glass skywalk by Olafur Eliasson. By any standard, ARoS, – with exhibitions spanning the New Nordics, the School of London and contemporary European darlings like Joana Vasconcelos – is world class. But little Aarhus, a second city with the population of Reading, doesn’t measure itself against Copenhagen or any other capital.

Born of a similar ambition, Høyersten doubled down. Ahead of Aarhus’s turn as European Capital of Culture for 2017, the young Norwegian-born curator has announced plans for The Next Level, a new extension for the museum designed by Schmidt Hammer Lassen in collaboration with the American light-artist James Turrell. 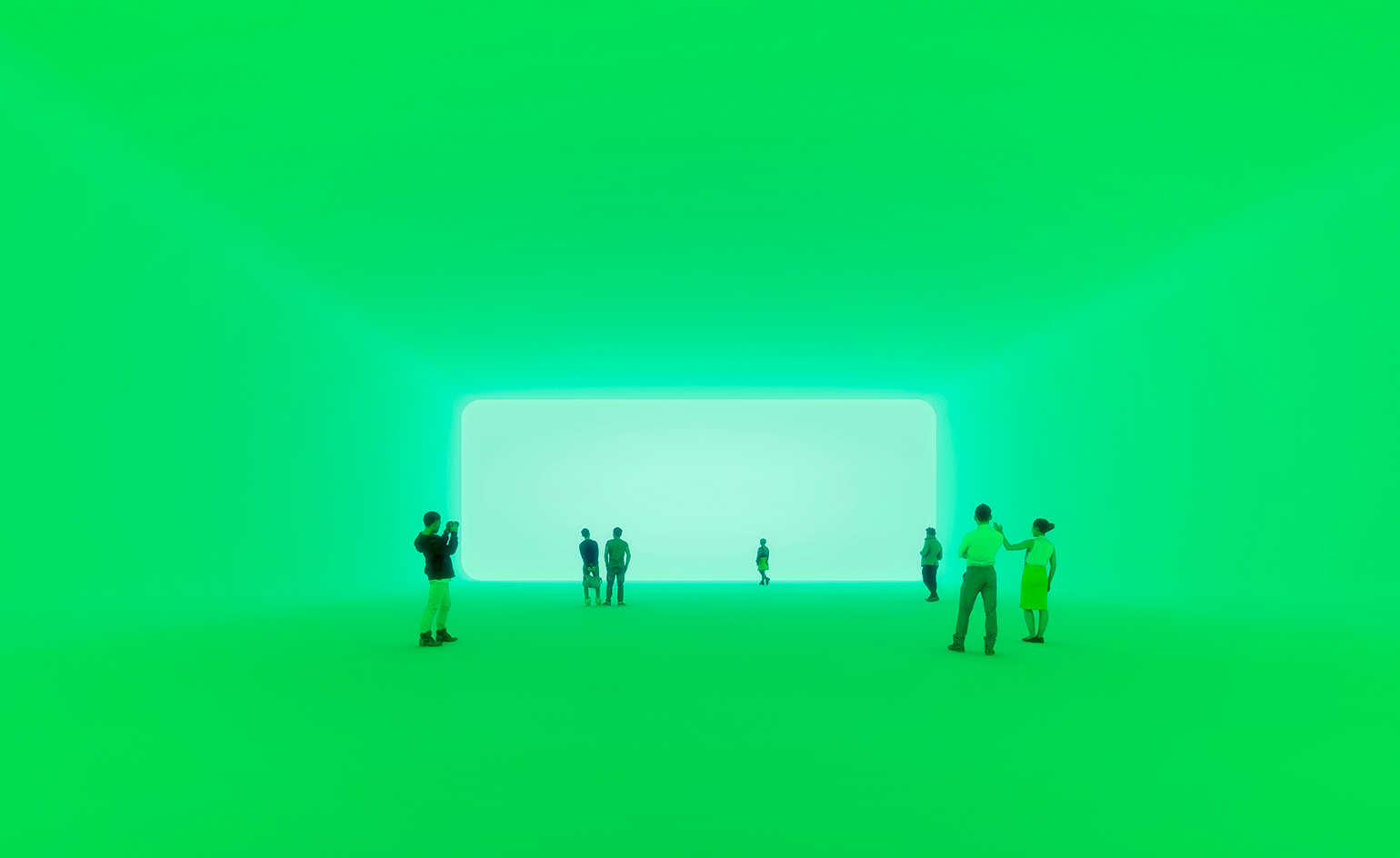 Turrell is best known for his intensely hued works

The £34 million expansion, scheduled for completion in 2020, is the horizontal complement to the current 10-storey building. Due to planning constraints, SHL has sunk the bulk of the new space entirely underground. Entering through the foyer, visitors descend to two lower-level corridor-galleries leading to a 40-metre-wide dome thrusting out of the turf. At the height of the dome, a six-metre round oculus opens to the sky.

‘Turrell’s idea was to bring a secret light-filled space into the dome,’ says SHL cofounder Morten Schmidt. The clean concrete walls of the dome will glow with warm colour, the tone of which will change according to the colour of the sky. ‘If the sky is blue,’ says Schmidt, ‘you’ll get the sensation of blending colours inside the dome. This light will enhance the experience of the ‘inner circle’ in a complementary colour.

‘It’s an individual experience – how I experience red, for instance, will not be how another person sees it.’ The Next Level is Turrell’s largest project within a museum context. In a subtle nod to his Quaker upbringing, the design encourages visitors to sit in quiet awe on the perimeter of the circular space. ‘We can’t ask people to be quiet,’ says Schmidt, ‘but the space will be quite overwhelming.’

Scheduled for completion in 2020, the extension is a horizontal complement to the current 10-storey building

Aarhus is the European Capital of Culture for 2017