The curved steel exterior of the late Zaha Hadid’s Investcorp Building at the Middle East Centre in Oxford, with our lineup of the rising stars of the architecture world. For full list of those photographed, scroll to the bottom of this page. Photography: Philip Sinden

Our location for this year’s Architects’ Directory shoot of rising stars is a bittersweet choice, a reminder of the untimely loss of one of the greats of contemporary world architecture. In her lifetime, Dame Zaha Hadid built just a handful of permanent structures in her adopted home, the UK, including this sinuous university building. Opened in summer 2015, the Investcorp Building at the Middle East Centre in Oxford is a project that must have resonated on many levels for Hadid. Not only is the building woven into the heart of the British academic establishment, it was designed to celebrate the history of the modern Middle East, thus serving as an elegant metaphor for her own journey from Iraqi-born outsider and architectural provocatrice to design powerhouse. 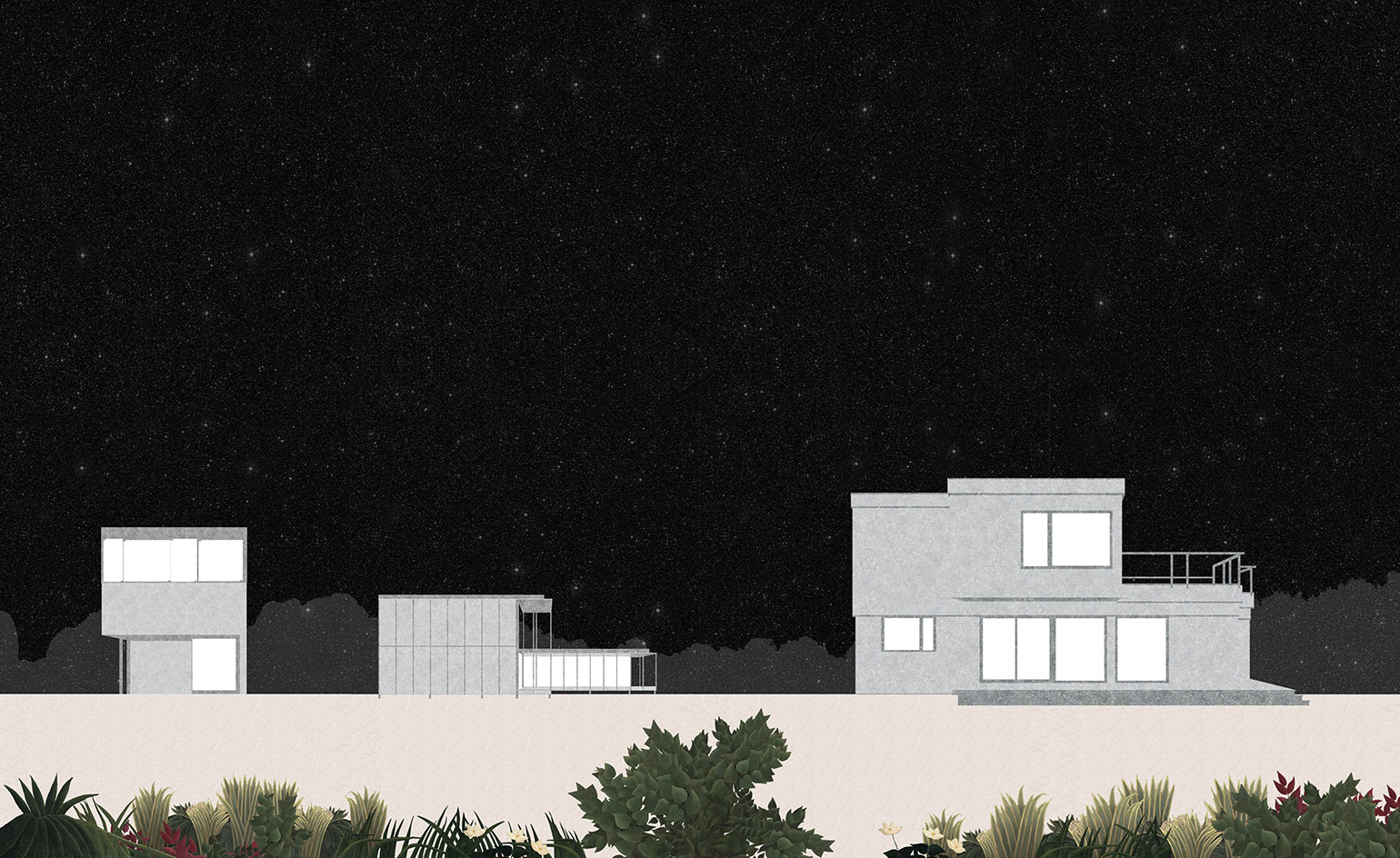 In many respects, this shimmering curve of stainless steel offers a rarely seen side to her practice’s work, presenting itself as a piece in a contextual jigsaw, up tight against rough-edged concrete Brutalism, traditional brick and centuries-old trees and lawns. The building effectively doubles the size of the Middle East Centre, a global hub for research founded in 1957 at St Antony’s College, adding a library expansion and a lecture theatre in the basement. The ground floor is glazed, opening up views onto the trees of Woodstock Road; from the street the reflective facade presents itself as a bridge between the original college buildings and the rough walls of Howell, Killick, Partridge & Amis’ Grade II-listed Hilda Besse Building of 1970.

As a leader in a male-dominated industry, Hadid’s approach was all too often defined as confrontational. For her critics, her bold voice was a double-edged sword, one that was wielded with disproportionate frequency in comparison to her male peers. Over the years, she won many accolades, including the 2004 Pritzker Prize and the 2016 Royal Institute of Architects Royal Gold Medal. We were also proud collaborators. We introduced her to Karl Lagerfeld for an October 2006 portfolio story and she went on to guest-edit Wallpaper* in 2008, creating a cut-out sculpture that formed ‘a big hole in the magazine’. We like to feel there was a mutual broadening of our respective horizons.

Of course, Zaha Hadid Architects lives on. At the time of her death in March, the 400-strong office was working on 36 projects in 21 countries. The Salerno Maritime Terminal in Italy was inaugurated in April, while projects in Antwerp, Riyadh and London’s Science Museum are scheduled to open this year. The practice will no doubt retain its esteem under Patrik Schumacher, but 2016 will always be remembered as the year modern architecture lost one of its leading lights.