The newly constructed archway on the store’s facade recalls the original entrance to storied Fifth Avenue store. It blends seamlessly with New Bond Street’s Georgian architecture thanks to the use of Portland stone from Dorset. 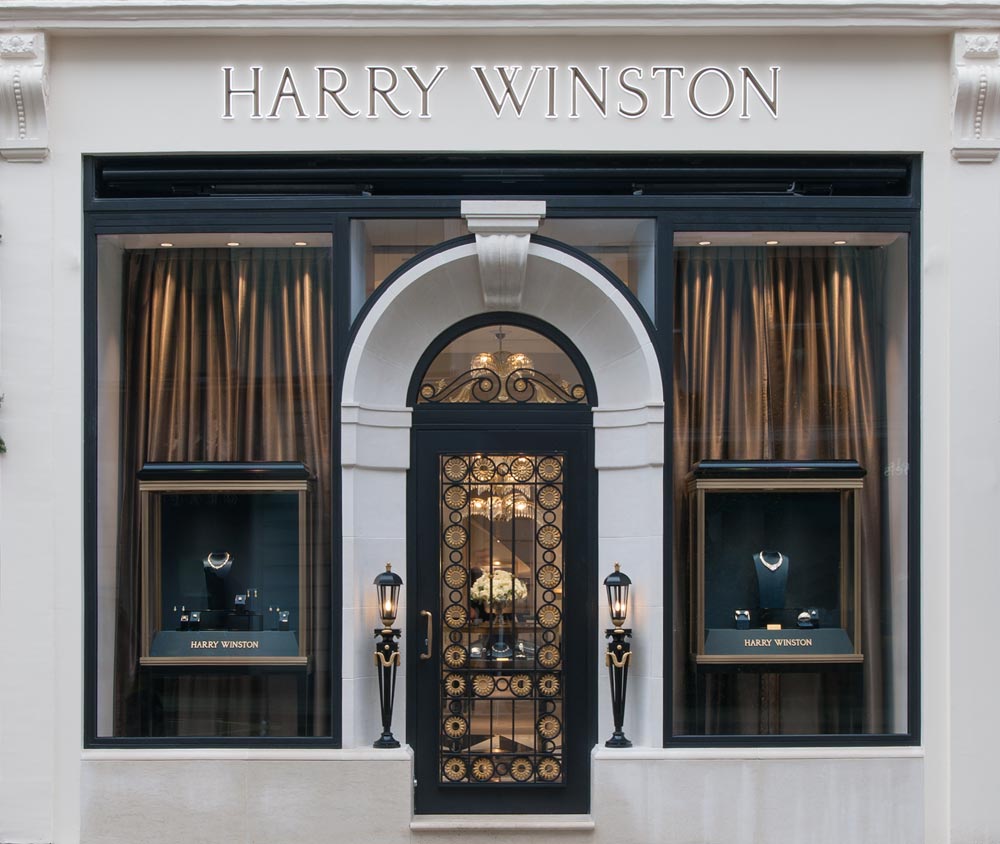 Inside, tradition also lines the walls, in a series of framed archival photographs, including a 1930s portrait of Harry Winston in his office. A canny gemmologist, philanthropist and businessman, Winston changed the way fine jewellery designs were created, allowing the cut of a particular stone to dictate its setting, not the other way round, as was the norm in the early 20th century.

The interior of the refreshed boutique is created in a modern palette of soft taupe and greys, against which the black lacquer and bronze jewellery cabinets stand. Spread over three floors linked by an imposing curved staircase, the jewellery is separated into three individual salons, with bridal designs on the ground floor, highjewellery on the first and timepiece collections on the second. The top floor is set aside for client salons, while glistening accents – hand-beaded silk walls; imposing chandeliers – mirror the magnificent diamond designs on show.

The spectacular polished black-and-white marble floor in the entrance lobby completes a sensitive restoration that revels in a its modern-meets-heritage feel.

Left: Winston at work in his office, c1930s. Right: the dramatic stairway, with archival photographs on the walls

Left: Winston in his office, c1940s, with a bounty of jewels in the foreground. Right: vintage advertisements line the walls of the boutique