Mexico-based Grupo Habita’s The Robey, a buzzing hotel in Chicago’s Wicker Park neighbourhood is all the rage

An artfully designed hospitality destination is cementing the buzz of Chicago’s Wicker Park neighbourhood. The Robey, one of the stateside properties from Mexico-based Grupo Habita, is located far away from the din of the city’s congested downtown, yet has managed to generate an air of excitement that is all its own.

As the only skyscraper for miles around, The Robey commands attention at this creative ‘hood. Based in the 12-storey art deco Northwest Tower, the 69-room hotel was transformed by Belgian design firms and occasional collaborators Nicolas Schuybroek Architects and Marc Merckx Interiors, and is fully dialled into the history of its landmark home. Schuybroek, the brains behind sophisticated designs such as JJM House in Brussels, is a deft hand at balancing warmth and minimalism, rawness and refinement. 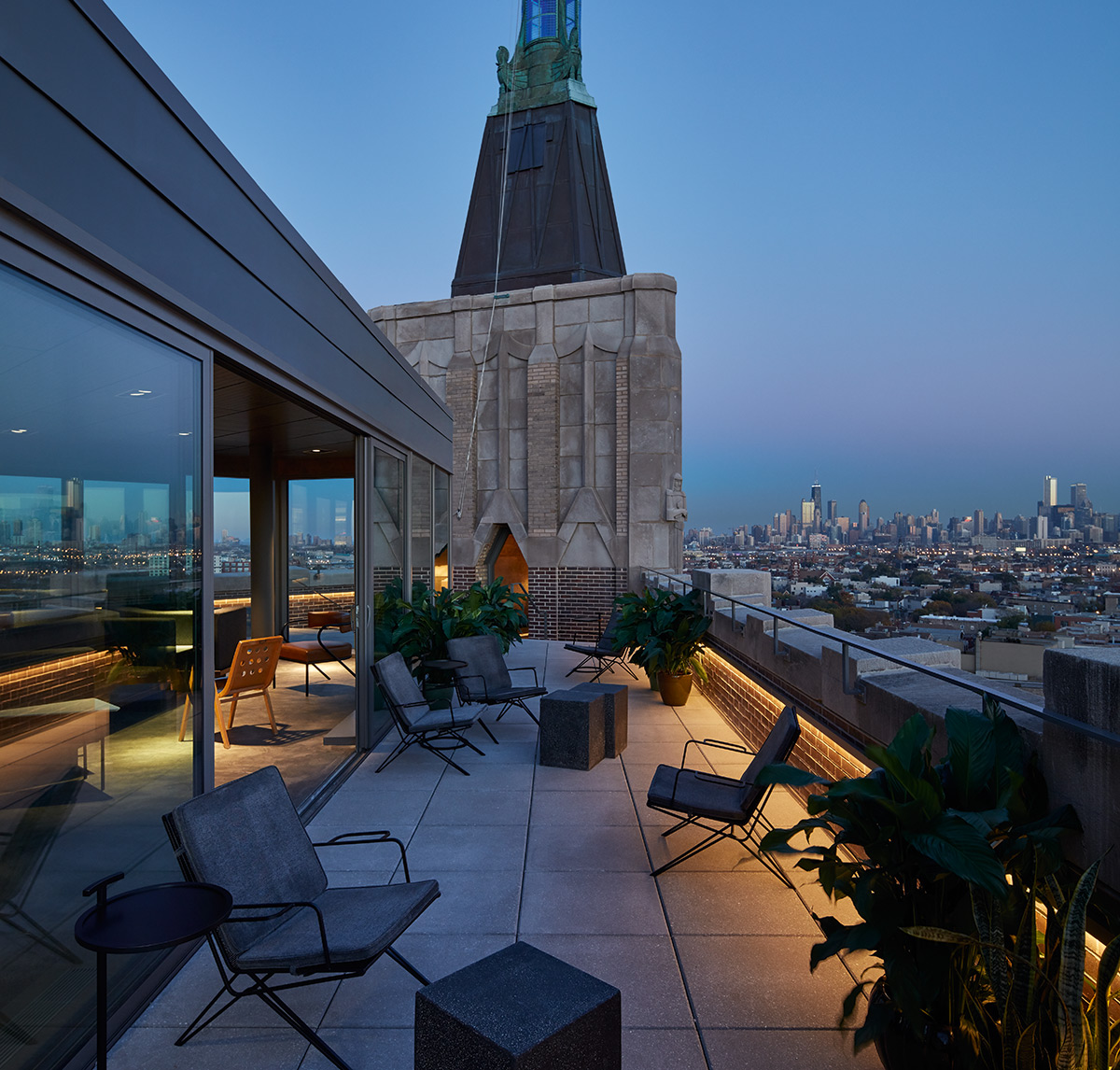 Guests at the Robey, aimed at fans of timeless elegance, can enjoy the private rooftop lounge. Photography: Nathan Kirkman

‘Every floor tells a story,’ says Merckx. ‘It’s all about comfort and feeling at home, embracing the creative vibe and heritage of the neighbourhood.’ As such, minimalist furniture, hardwood flooring and intelligent lighting by Chicago-based Filament 33 impart a mood of simple luxury, both in rooms and in the French-American-style Café Robey. ‘The design was conceived as a subtle balance between Americana style and pared down, timeless, almost Belgian interiors,’ adds Schuybroek. ‘A harmony between old and new, European and American, unpretentious and elegant, timeless and warm.’

The property has been really on the up since its opening in 2017, offering visitors an opportunity for a taste of the Habita world as the group has managed to carve out its place in this blossoming corner of Chicago. And why Chicago? ‘For its authenticity,’ says Habita co-founder Carlos Couturier. ‘It’s a true community with unique values. It’s the crossroads of America – trains, planes, roads merge in Chicago – and lastly, for its great past and amazing architecture. As Frank Lloyd Wright once said: "Eventually, Chicago will be the most beautiful, great city left in America.’

So impressed were we by The Robey’s energy that we chose it as our location for our Next Generation shoot - a series of portraits of exciting, emerging architecture practices from the American Midwest, featured in our January 2022 issue of Wallpaper*. Read more here. §