The name of Gerd Hay-Edie doesn’t quite illicit the same response as that of Sir Terence Conran or Robin Day, but the pioneering textile designer’s work became a staple of mid-century British design nonetheless. To celebrate the craft and heritage of Mourne Textiles and its founder, British fashion designer Margaret Howell is hosting an exhibition at her Wigmore Street store, launching three new exclusive products in tandem.

‘Mourne Textiles achieve the richness and depth of texture that has always attracted me to hand-woven fabrics,’ explains Howell, whom has become a patron of sorts for the manufacturer, providing the perfect platform for the revival of the Northern Irish brand since its relaunch in 2012. 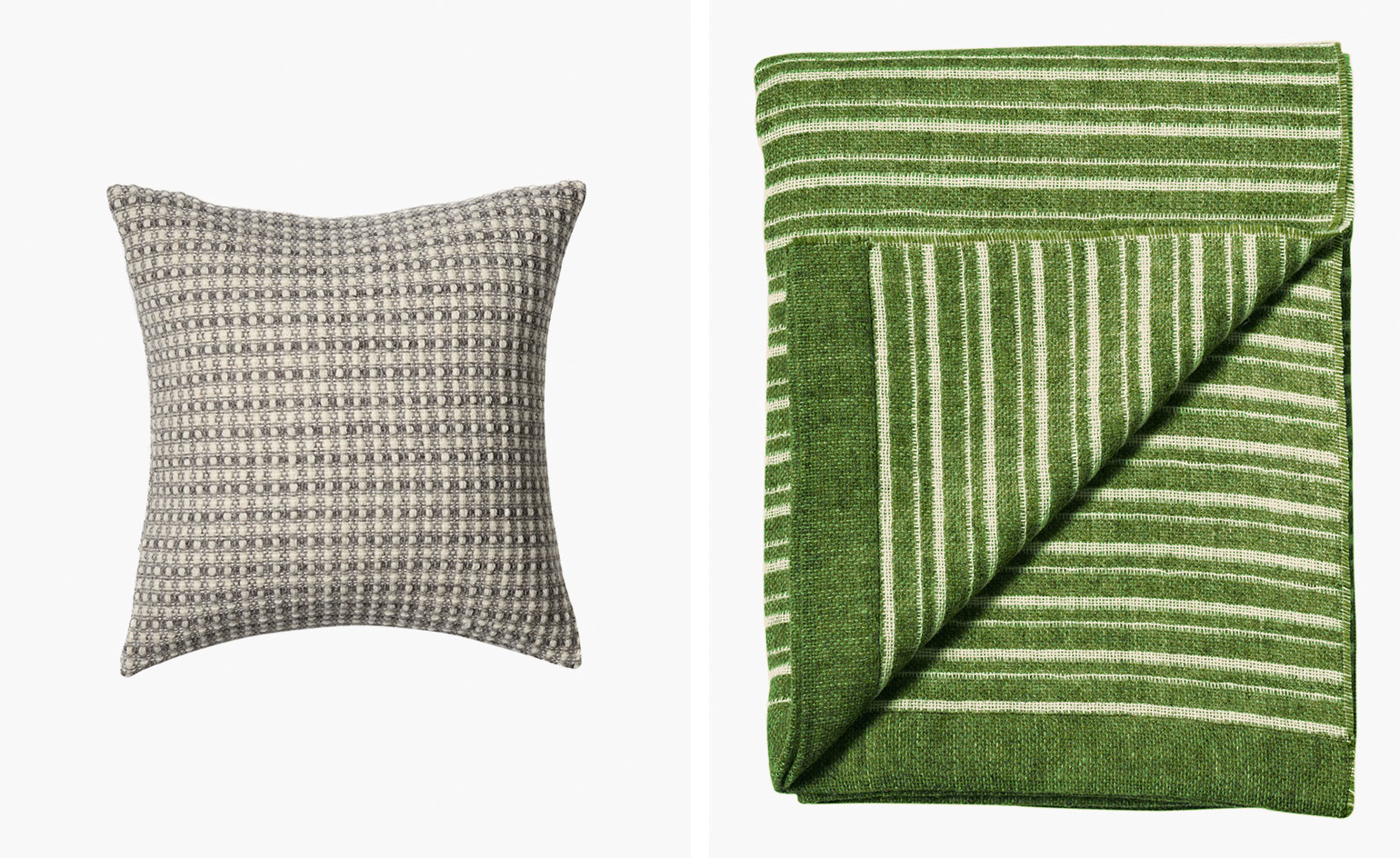 This month the London store’s focus becomes Hay-Edie’s talent and lasting influence upon the world of weaving and mid-century design. Knitted amongst Howell’s garments, glass-covered cabinets contain trimmings, cutting and artifacts belonging to the Norwegian-born designer. To the right, the full length of the store’s far wall tells the tale of Mourne Textiles, from its founding in the 1940s at the foot of County Down’s Mourne mountains, to the unfolding of her relationship with furniture brand Hille – and thus the now iconic Robin Day chairs. Hay-Edie’s travels, including her stint in Shanghai, also feature. As do a selection of her most significant achievements: the rug she designed and produced for the 1951 Milan Triennale – which today is sold exclusively in Margaret Howell shops – and her couture tweeds for Sybil Connolly in the mid 1950s among them.

In the far end of the store sits a full-size loom, built to the precise specifications of Hay-Edie. During its residence here it will spring into action making a lightweight tweed during live demonstrations; a tribute to the craft behind it all. ‘I love the process of hand weaving,’ explains Howell, ‘the sound of throwing the shuttle, raw beginning of countless threads transformed into complex cloth.’

The exhibition also marks the launch of three new Mourne Textile products – two throws and one cushion – available exclusively at Margaret Howell’s stores. The Maldwyn Stripe design of the throws, available in a dusty grey and emerald green, harks back to Hay-Edie’s days as weaver-designer at the Rural Industries Bureau, while the Salthill Tweed fabric was originally created in 1957 for Galway’s Salthill Church. The designs themselves may be over 80 years old, but they appear completely timeless. It may well be that ‘sense of organic life in her fabrics’, as Howells puts it, that makes them seem so enduring, or perhaps it is simply that good quality and design never go out of style.

This month, the London store’s focus becomes Hay-Edie’s talent and lasting influence upon the world of weaving and mid-century design

In the far end of the store sits a full-size loom, built to the precise specifications of Hay-Edie

Re-issued in 2015 by Twentytwentyone to mark the centenary of Robin Day’s birth, this ’Reclining Chair’ (foreground) is upholstered in ’Mourne Blazer’