When we met soon after the acquisition by Estée Lauder of his brilliant fragrance brand, Frederic Malle seemed to be skipping a bit more lightly. Never short of a clever idea or two and with some of the financial pressures lifted from his shoulders, he seemed invigorated with fresh possibility of more product, more stores, more inspiring collaborations – more of what he loves doing. Now one year on, with a raft of new product launches under his belt, he has opened a fourth boutique in Paris’ Marais district (the same week he announced a forthcoming fragrance designed in collaboration with the fashion designer Alber Elbaz  - read more about this in next March’s issue).

Passionate about architecture, Malle thinks deeply about the interior design of his stores, not one of which replicates another. Working with different architects in different cities, he has gone out on a limb for this new retail venture, working with the avant-garde Parisian architecture firm Jakob and MacFarlane. Quite a long way from the clean modernist lines and classic furniture that Malle usually builds his interiors around, Jacob and MacFarlane’s work typically features colourful futuristic curvilinear forms, with theatrical bulges and sinkholes. 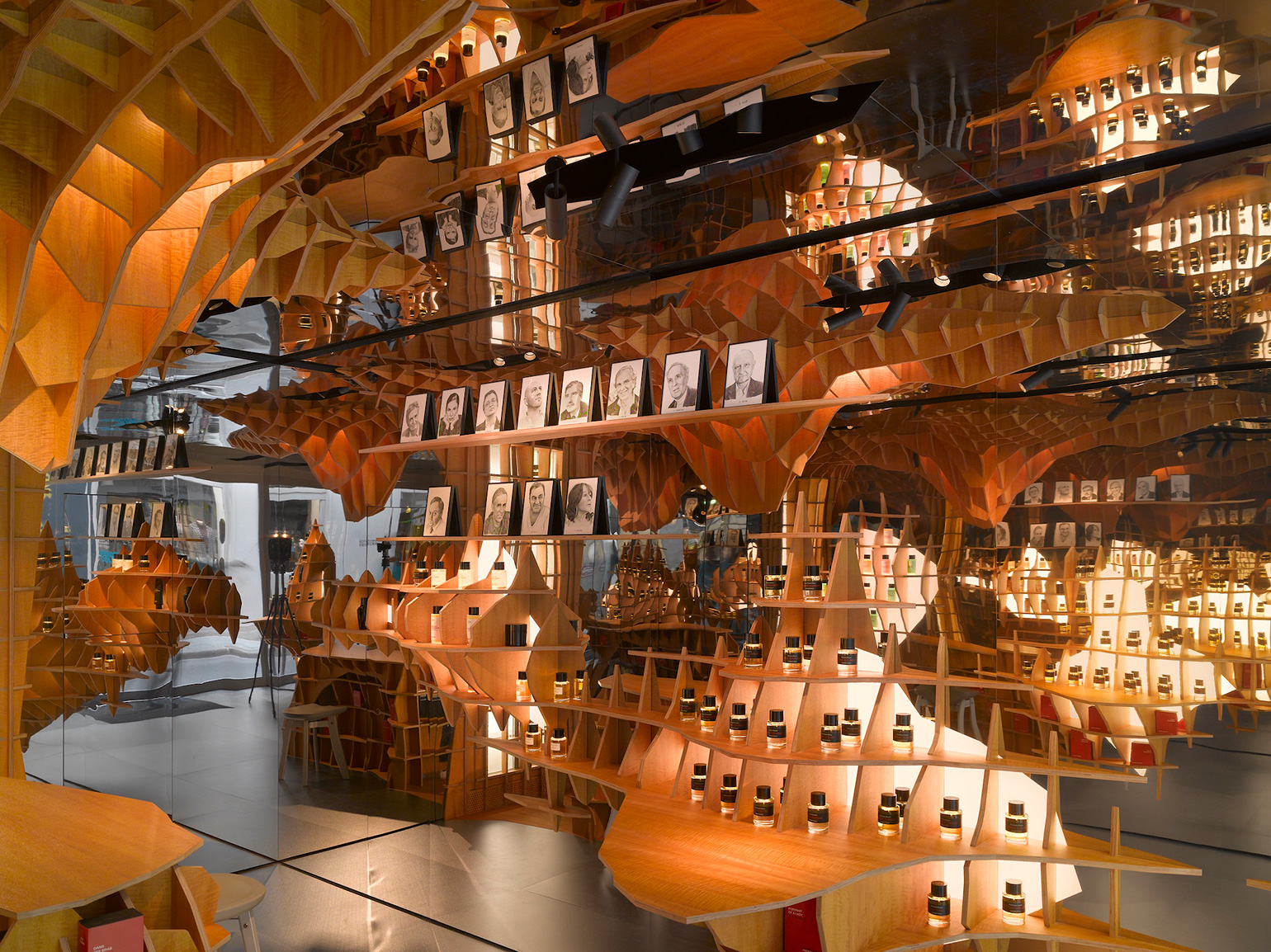 ’I’d always loved Dominique Jakob and Brendan MacFarlane’s work on the restaurant Georges at the Centre Pompidou,’ says Malle. ’A futuristic fantasy, it remains to this day as perfect and unexpected as it was fifteen years ago.’ But it was their ‘Hive’ book shelving built for the Marais bookshop Florence Loewy that gave him the idea that they might be the ones to craft the design of his next store.

The interior is like a box, featuring mirrored floors and ceilings slipped within the shell of a historic building. The walls take the form of a sculpted three-dimensional grid with headlands and islands protruding to form shelves, tables and refrigerated cabinets. The sweeping silhouettes are unmistakably Jakob and MacFarlane, the noble natural materials root it in Malle’s stable of stores.

It’s the perfect enveloping environment not only to house Malle’s growing collection of scented products, but also to sit, peruse, reflect on and immerse yourself in scent.

It is Malle’s fourth boutique in Paris’ historic Marais district

The interior is like a box, featuring mirrored floors and ceilings slipped within the shell of a historic building

The walls take the form a sculpted three-dimensional grid with headlands and islands protruding to form shelves, tables and refrigerated cabinets