For his first standalone boutique, the London- and Florence-based designer Álvaro González, looked to the terraced side streets around the former’s Marylebone neighbourhood. ‘We’re in a great location, because people like to discover places that aren’t on a main road,’ explains the Spanish-born designer of the intimate space, which is nestled in Nottingham Place, and houses his Florence-crafted men’s and women’s shoe collections, bags and small leather goods.

Discovery is also integral to the aesthetic of the space; from the entrance’s carved bronze door handle, it’s furnished with pieces from a decade’s worth of thrift hunting. 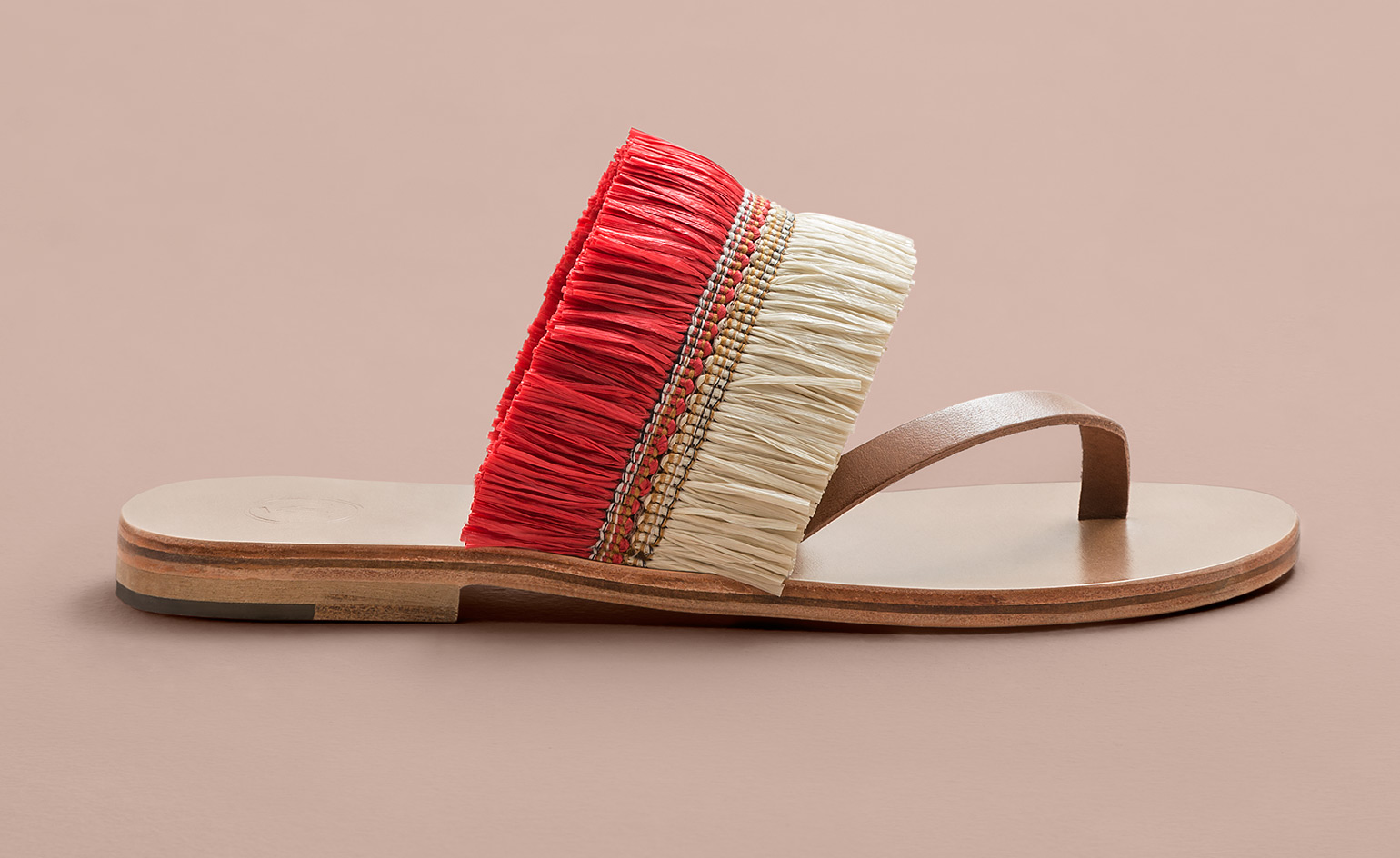 González’s designs feature an array of finishes including natural raffia

‘I am a fanatic flea market and charity shop hunter,’ explains González of the interior design, which features an eclectic combination of pieces, sourced in places like Provence and Turin. Finished with dusty pink walls and seagrass green flooring, the space includes a folding step ladder from the 1940s (which acts as a distinctive three-level display case), ceramic leaf decorations by the Portuguese artist Rafael Bordalo Pinheiro and a bar cabinet from the 1950s, painted with an image of wild horses, which serves as a cash desk. ‘I was going to paint over the design with grey lacquer,’ González says, ‘but then I realised that it was something very special.’

The multifarious fit of the space echoes González’s own design aesthetic; before launching his eponymous line in 2013, he served as accessories designer at Valentino, and design director of accessories at Jimmy Choo. His creations, crafted in luxurious materials including calf leather, stingray and crocodile, feature embellishments like pom poms, natural raffia and colourful feathers. This aesthetic also pervades González’s approach to domestic design: a number of the pieces in the store were brought in from his home outside Florence. 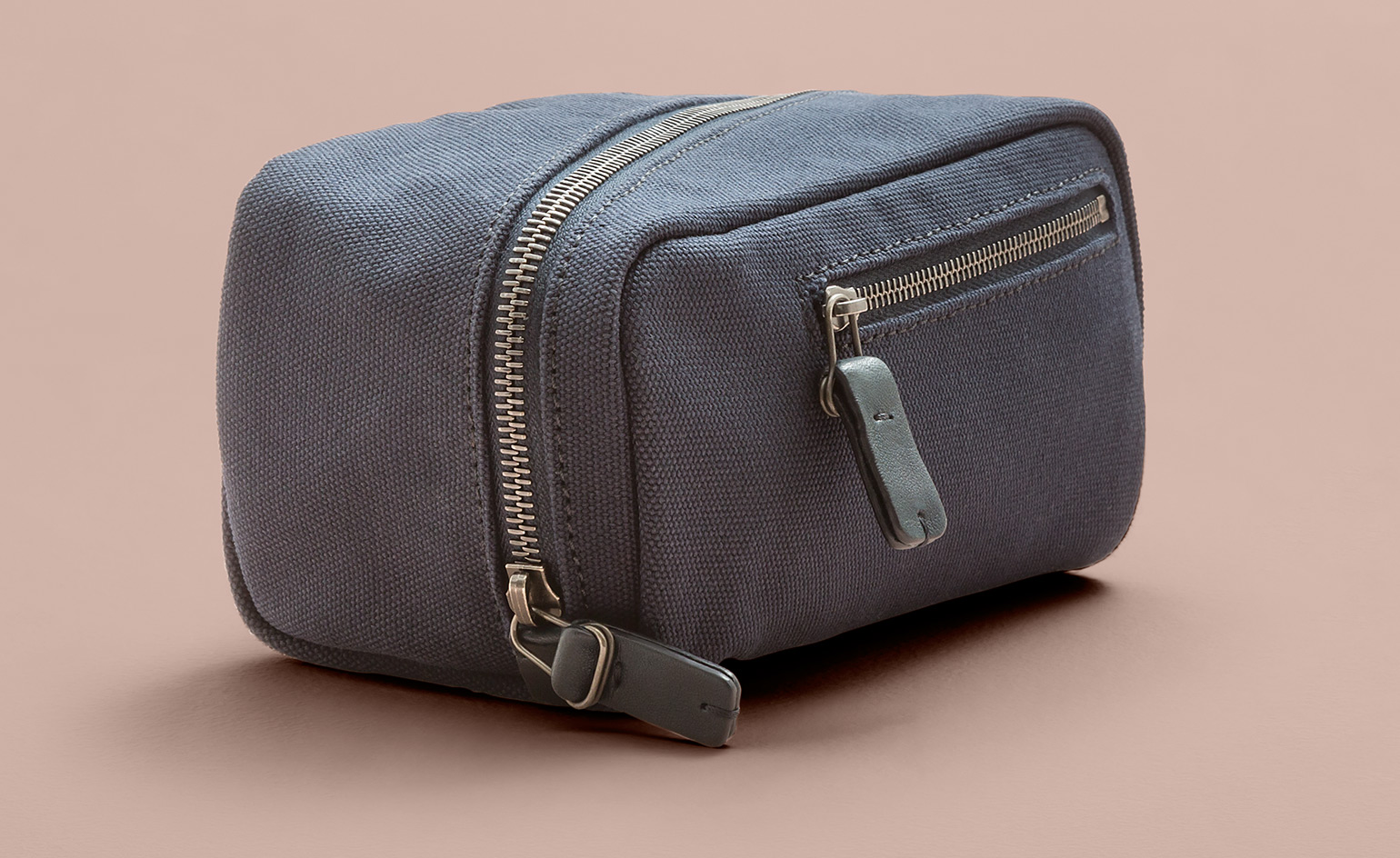 González​’s shoes, bags and leather goods are crafted in artisanal workshops around Florence

Two recycled cement trash cubes by Nicolas Le Moigne are used as shoe displays, while a concrete table sits in the centre of the store. Both were sourced from the poolside and garden of González’s home. ‘The base of the table looks like a tree trunk and looked very magical in the garden,’ he says. ‘I love the fact I’ve brought it inside the store, because it has a natural patina from the weather and the soil, and green colourings from moss.’

Featuring raw MDF, used in a single display shelf within the space, and reversed ceiling tiles resembling travertine marble, texture is also tantamount. A trio of fichi d’india cactuses (best known in English as the prickly pear) also line the back wall of the store, a waxy complement to González’s buttery leather designs. ‘I have one on either side of the entrance of my Florence home,’ he says. ’They grew from planting just two leaves.’ He hopes for the leaves to eventually cover the back wall of the store – a symbol of a flourishing space in bloom.

The intimate space is furnished with pieces sourced from flea markets and the designer’s own home, from a cement garden table with tree trunk legs to a 1950s bar cabinet