Belgian studio Robbrech en Daem has designed a puppet’s theatre for children, which can be folded up when it not in use and easily stored

Architect Paul Robbrecht’s fascination with puppets dates back to his childhood in Flanders. ‘Every week, a local family set up a puppet show in the tiny back-room of a café,’ he recalls. ‘It felt like a miniature theatre, I was utterly mesmerised.’ A few decades later, he has combined this attraction to the miniature theatre with his architectural experience, and created an installation which is part fairytale castle, part modernist fortress. 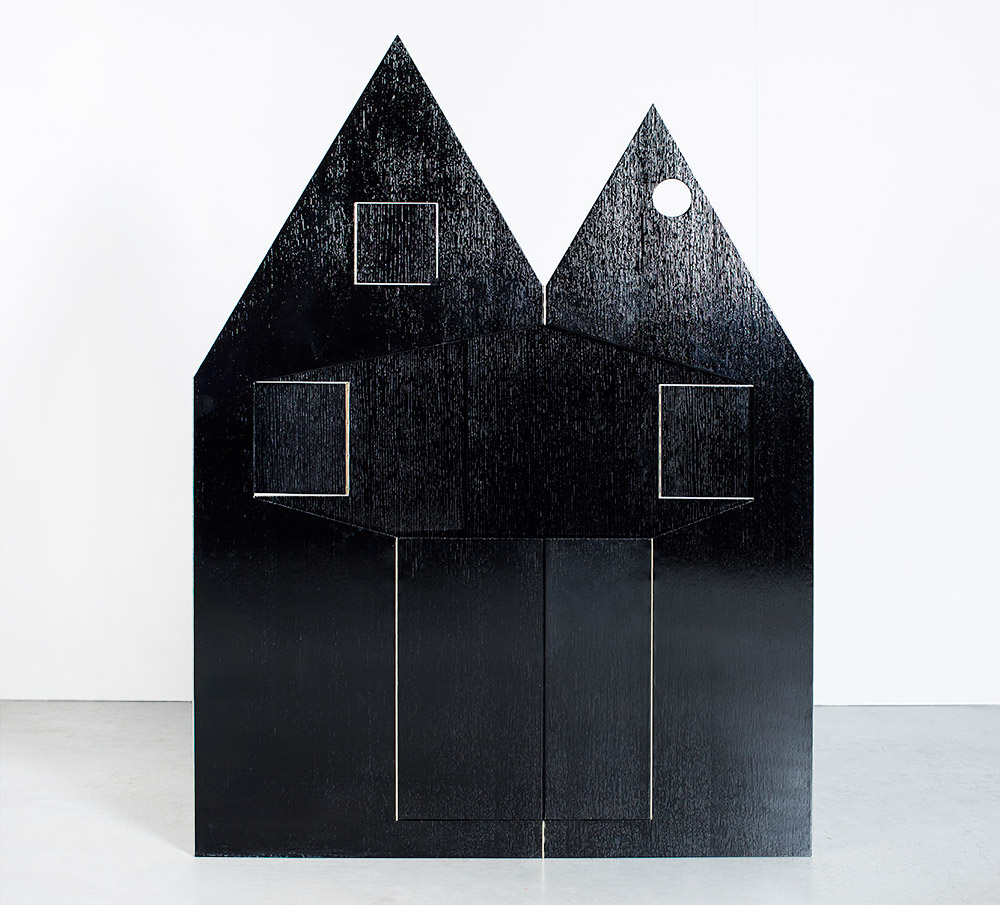 The theatre features elements that are recurring in the practice’s architecture: its shape references Robbrecht en Daem’s Market Hall in Ghent, designed in 2012 and inspired by the medieval architecture of the area. Another signature feature of the architect’s work is the strict measurement system of every design, based on numbers three, five and seven – something that Robbrecht applied to this piece as well.

Made of dark walnut and available in red and black, the ‘Puppet Theatre’ is both a decorative piece of furniture and an object imagined for children’s entertainment – so much so, that Robbrecht tested it on his grandchildren (who, he notes, ‘reacted quite positively’).

‘This theatre is similar to a box of wooden blocks,’ says Robbrecht; its design, he explains, takes its cues from mid-century toys, and is bolstered by the belief that sober and abstract forms enhance children’s sense of imagination.

The puppet theatre comes in red or black painted wood