The late American furniture designer Vladimir Kagan profoundly influenced contemporary design during his nearly 70-year-long career with his organic works, which feature in museums across the world (including the Victoria and Albert Museum in London and the Vitra Design Museum in Germany). Still, the design icon continues to inspire as the Carpenters Workshop Gallery in New York unveils Kagan’s final collection, ‘Annecy’, which includes a sofa, console and low table.

Much of the furniture was designed in Kagan’s studio in Clifton, New Jersey, where he was actively working before he passed away at the age of 88 earlier this year. ‘We wanted to do the first edition of the sofa out of wood, as to maintain some sort of lineage with his classic designs from the 1950s and 1960s,’ says Vladimir Kagan Design Group’s director of design and production Chris Eitel, who worked with Kagan closely on the collection. For the console and low table, Kagan and Eitel applied the process of model boat building (they took a class together in Nantucket) to create full-scale foam models, which the gallery cast in bronze and aluminium in France. 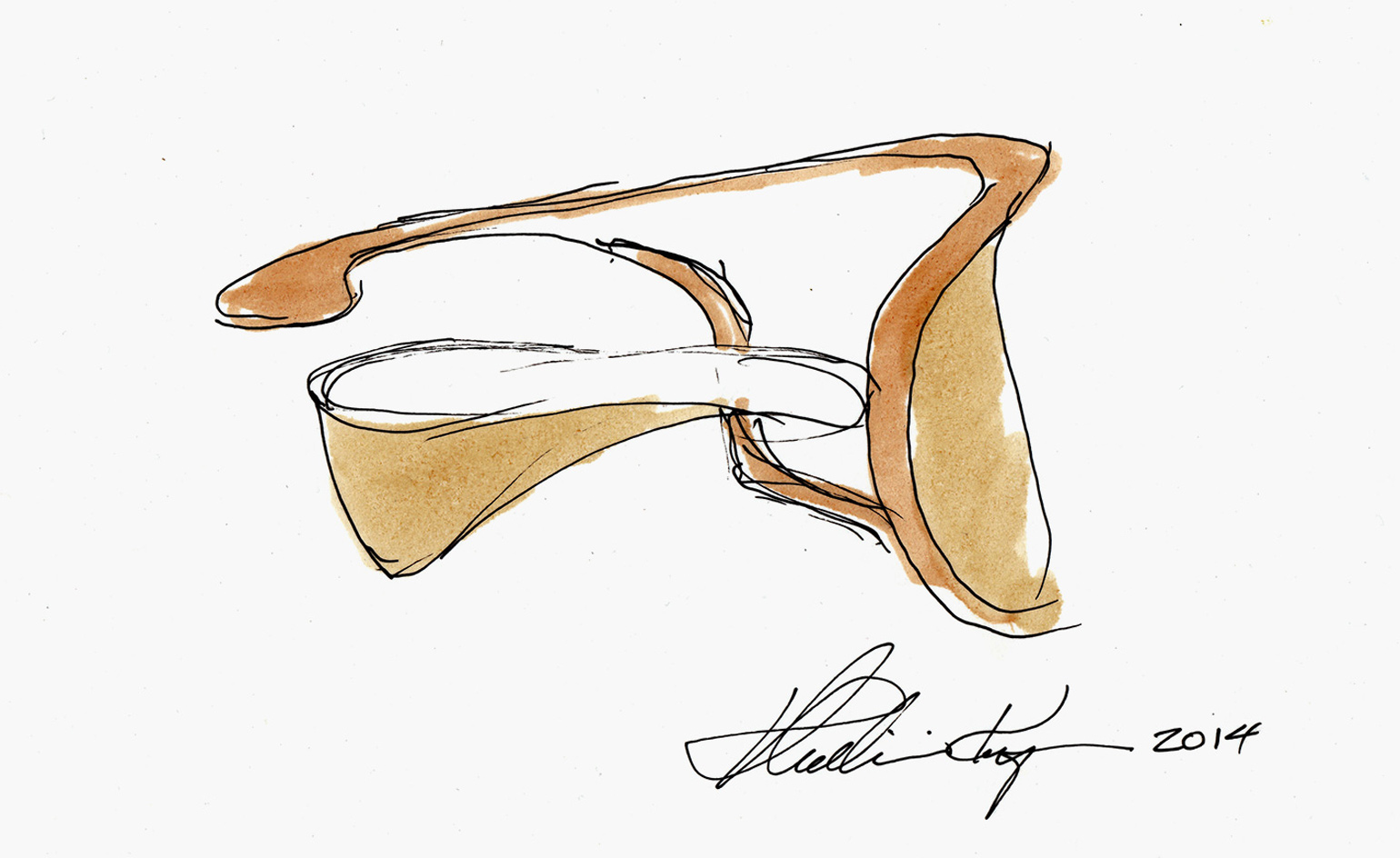 Kagan’s sketch of  the ’Annecy’ sofa

Inspired by bridge engineering as well as nature, the furniture is classic Kagan in its sensuous lines and minimal forms, but with a futuristic flourish – the designer was also ‘playing around’ with 3D printing at the time. ‘We started working with Kagan about two years ago,’ says Cédric Morisset, associate director of Carpenters Workshop Gallery. ‘It was truly an honor to work with someone who has been in the vanguard of new design and new technologies since the 1950s and 60s.’

Eitel adds: ‘I feel the Annecy collection is, in a way, Vladimir coming full circle in his career. Vladimir was first and foremost a fine artist and sculptor who happened upon designing furniture by working in his father’s cabinet shop. We really tried to focus on the forms of the pieces: they needed to be sculpture first and utilitarian second.’

Annecy is named for Kagan’s second-youngest granddaughter – he often named his designs after family members – which not only continues a touching tradition, but is an apt metaphor for the enduring legacy of Kagan’s work.

Kagan with a foam version of the ’Annecy’ sofa

Inspired by bridge engineering as well as nature, the furniture is classic Kagan in its sensuous lines and minimal forms, but with a futuristic flourish

Much of the furniture was designed in Kagan’s studio in New Jersey, where he was actively working before he passed away at the age of 88 earlier this year

A sketch of the ’Annecy’ sofa

‘Annecy: A Tribute Exhibition’ is on view until 29 October. For more information, visit the Carpenters Workshop Gallery website