Helsinki Design Week 2016 reveals a Finland steeped in tradition, with an eye on its future

Flanked on either side of the design calendar by heavy-hitters Maison et Objet and London Design Festival, Helsinki Design Week might easily be overlooked – not that Finland’s quietly spirited designers would allow it. Attracting some 158,000 visitors – a whopping 32 per cent increase on last year’s figures – the twelfth edition of the Nordic festival was a confidently Finnish affair, with 256 exhibitions, installations and events celebrating largely local talent.

This year’s landmark project HDW HOP unfolded across the city in the form of an installation trail. Berlin-based art collective Plastique Fantastique kicked off proceedings by wrapping Helsinki’s historic Three Smiths sculpture in an inflatable plastic bubble, which hosted workshops, lectures and a local jazz band to boot. Elsewhere in the city, Finnish mainstays Marimekko invited viewers to take a closer look at its flagship store windows, while Iittala’s collection of glass birds nested in a gloriously verdant installation. 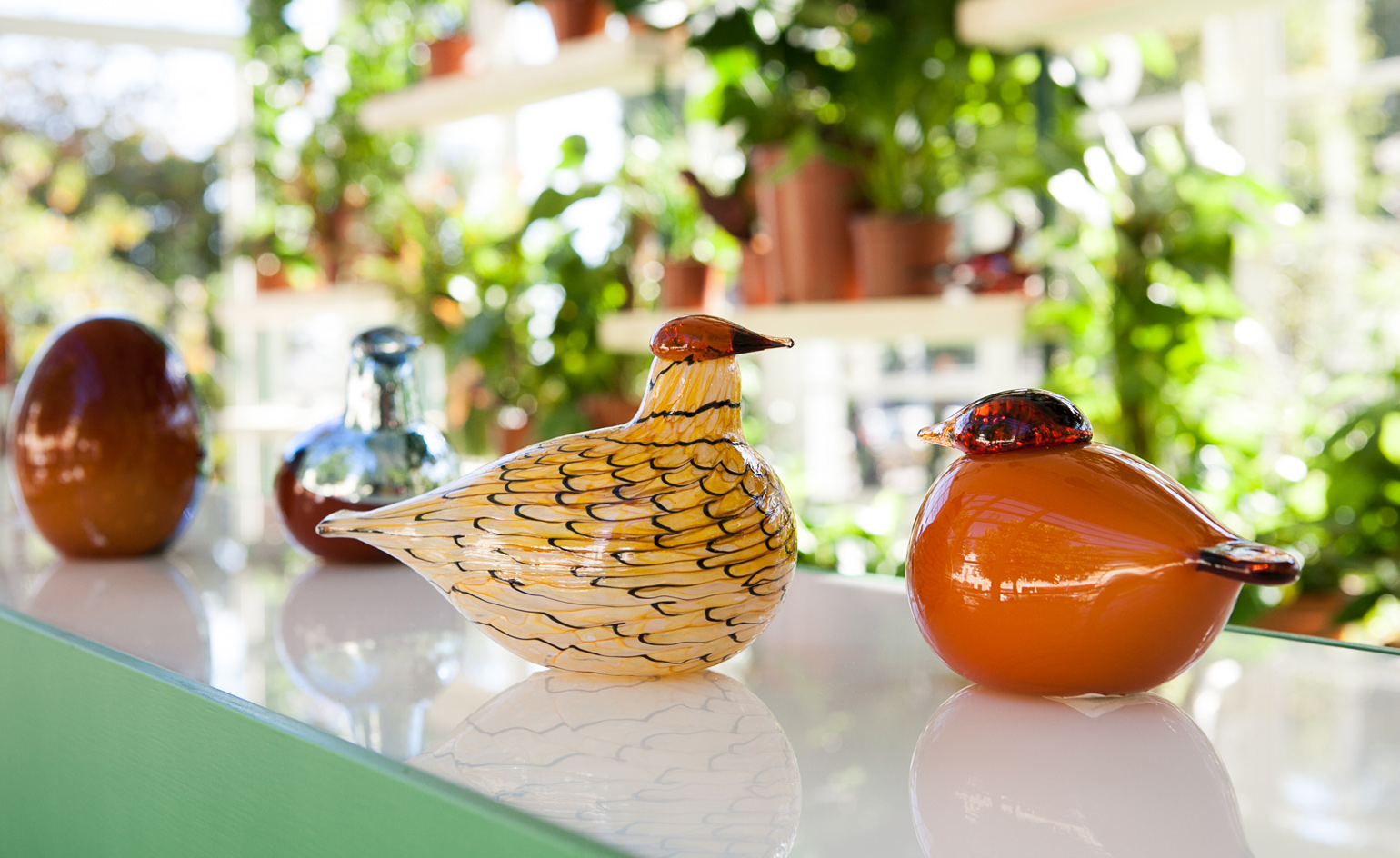 New to the programme, Design Diplomacy saw a dozen foreign embassies including Slovakia and Japan open their doors to the public for a series of lively discussions between Finnish designers and host countries. Adventurous design pilgrims could indulge in Finland’s famed sauna culture with a series of talks taking place across five public hotspots, including the recently unveiled Löyly, a striking, waterfront timber structure by Avanto Architects.

At Messukeskus convention centre, Habitare brought together the latest in Finnish furniture. It may lack the scale and breadth of its Swedish or Milanese counterparts but there was still plenty of talent to discover among the stands, where a showcase of young emerging designers proved to be a special highlight in the Talentshop section. Upstairs, Showroom was a new addition to the fair, conceived as a spatial design and lighting event aimed at professionals. Here, brands displayed their offerings against a theatrical setting devised by ALA Architects.

As the country gears up for its centenary celebrations next year, feisty Finland is eager to flex its design muscle. If this edition of HDW is anything to go by, we’re in for a thrilling show.

Opened this summer, Löyly was designed by Avanto Architects and sits by the waterfront of the former industrial zone of Hernesaari, which is now being developed into a residential area. Photography: kuivo.com; Joanna Laajisto

The architects conceived a structure covered with a free-form wooden ’cloak’ made from some 4,000 planks of heat-treated pine. Photography: kuivo.com

The installations were part of HDW HOP, and included ’Material Led Design’, celebrating the new Colours and Materials degrees at Aalto University. It showcased students’ explorations and innovations from courses that took place earlier in the year Photography: Aino Huovio

Elsewhere in the city, Finnish mainstays Marimekko invited viewers to take a closer look into its flagship store through peep-hole windows...

It was Habitare’s student showcase that stole the show, with pieces like carpenter Sakari Hartikainen’s ’Swinging’ bench catching our eye