When curator, collector and LGBT activist Amar Singh met Australian-born artist Howard Tangye 18 months ago, something drew him in. ’His work reminded me of renaissance drawing with a contemporary flare,’ he explains. ’I fell in love with it immediately.’

He’s not the only one. For three decades, Tangye has been a seminal figure at Central St Martins, where he held the title of head of womenswear for 17 years, and gained the admiration of his prominent former students, including John Galliano (who has already purchased one of the works in the new exhibition), Stella McCartney, Hussein Chalayan and the late Richard Nicoll. Now, Singh has his own gallery space between Kings Cross and Islington, a short walk from the Central St Martins campus, there was only one artist who could inaugurate it. 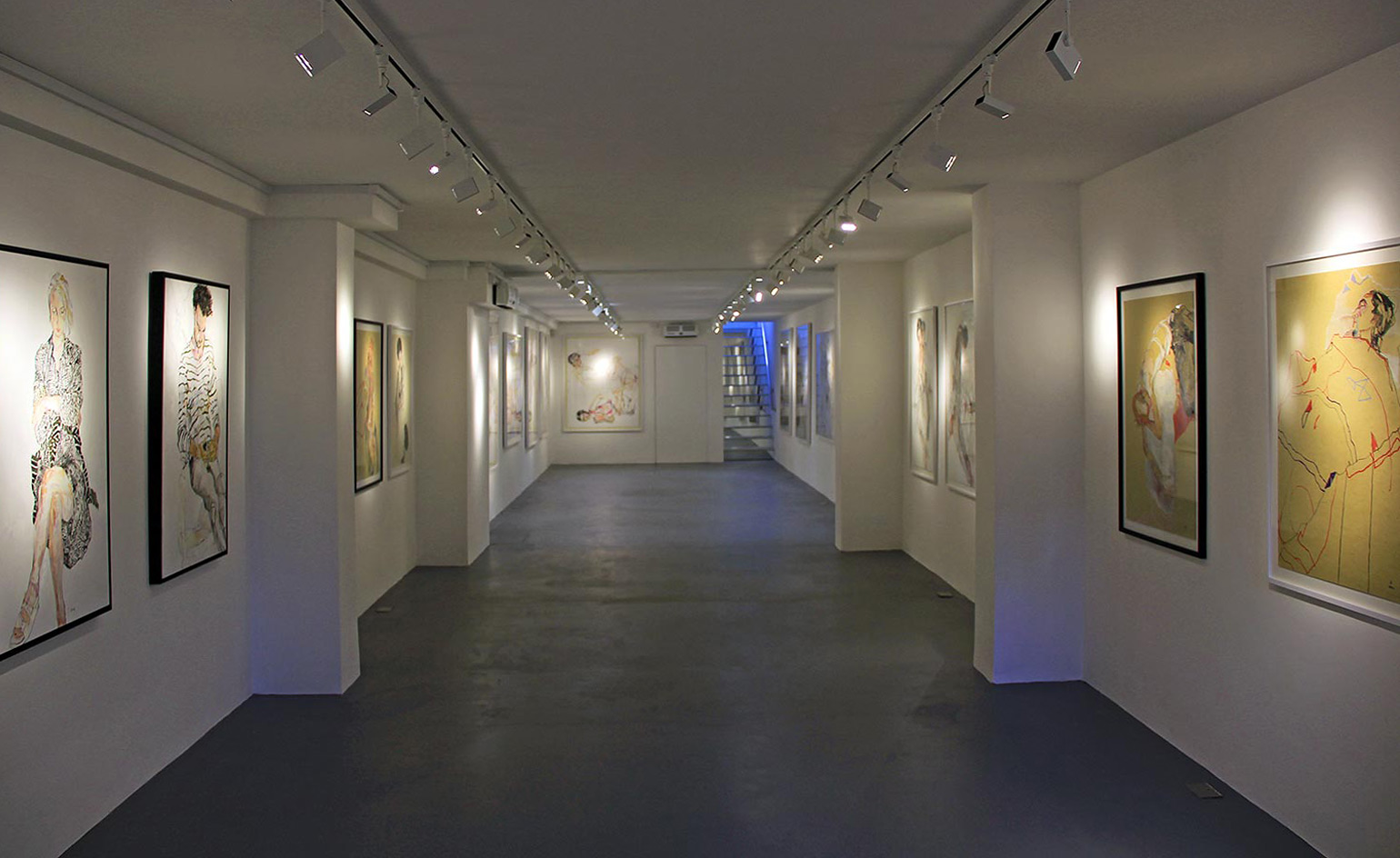 The characterful gallery is lined with tens of Tangye’s portraits that reveal the fashion tutors’ profound understanding of textiles and textures. Scarves drape nonchalantly over shoulders, and ripped jeans are paired with dramatic, ornamental belts. But Tangye does not see himself as a fashion illustrator. It is the sitter rather than the clothes that he finds most interesting to draw. Singh explains how Tangye will only draw somebody he has a connection with, and he always gets to know his sitters well before putting pen to paper. This connection pays dividends when it comes to the vibrancy and energy of the works. Even the calmer, less frantic portraits, where models lounge over invisible chairs, have an immediacy, seeming to convey what the sitter was thinking.

As well as offering insight into the sitters’ mind and personality, Tangye reveals his own thought processes, thanks to his masterful use of the pentimenti technique. Here, the artist leaves ’mistakes’ in the work, in order to show his creative decisions. Tangye may depict the same sitter three or four times within the same image, tracing draft upon draft, tweaking a smile, or twisting the body, each time revealing a timeline of his ideas. 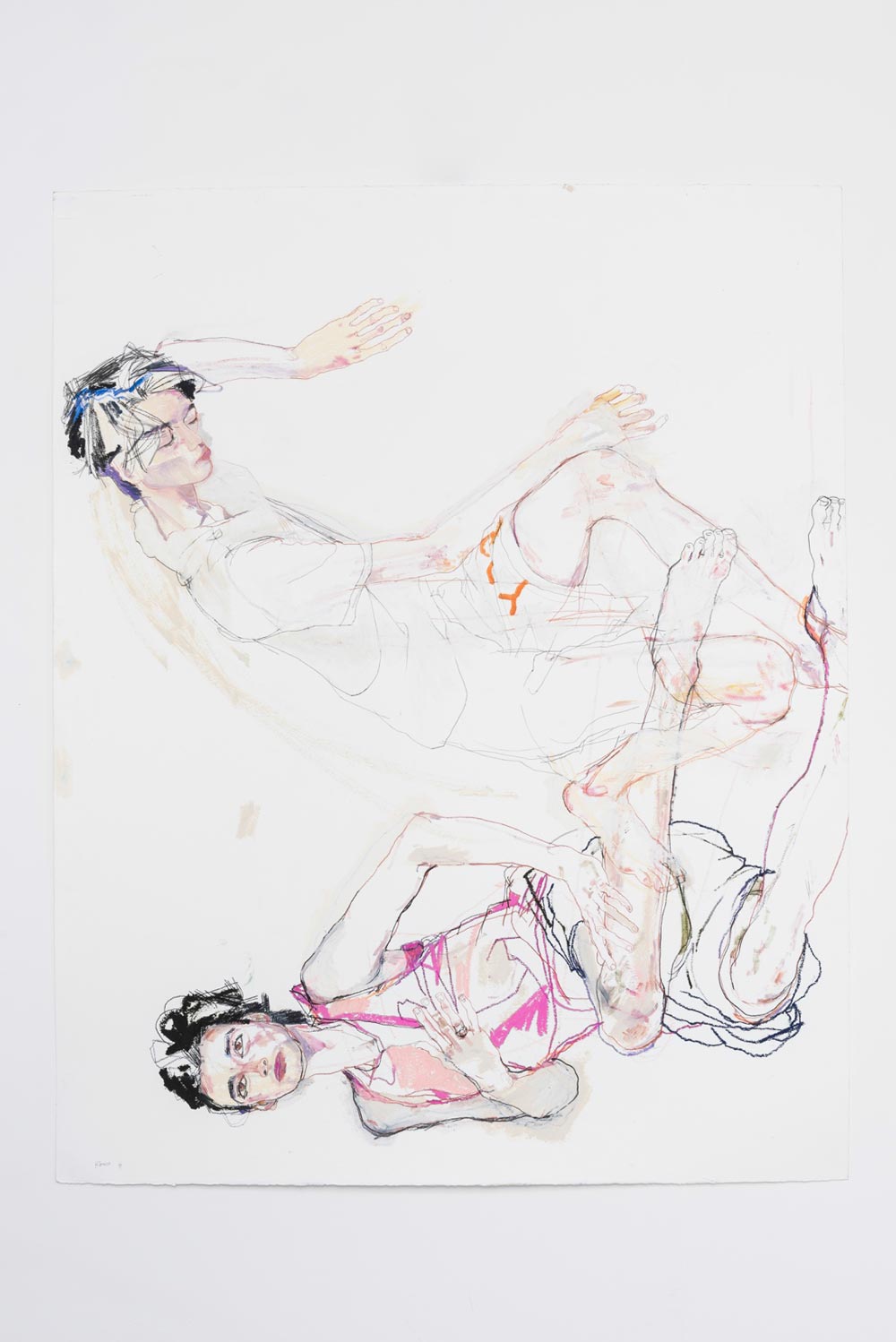 There’s a sensitivity and sense of shared understanding to these works that corresponds with Tangye’s warm personality. ’As a person, he is incredibly gentle and kind,’ Singh explains. ’Knowing Tangye has truly moved me.’ With this in mind, Singh lets on that it’s not entirely coincidental that Amar Gallery was inaugurated on the same day as Trump was. Singh’s direct involvement in women’s and LGBT rights in India has instilled in him the desire to create an open space for artistic dialogue, welcome and equality, which seems more prescient now than ever. If his first exhibition is anything to go by, Amar Gallery promises to be a dynamic and valuable addition to the London art scene.

’Howard Tangye: Links’ is on view until 3 March. For more information, visit the Amar Gallery website