In Joseph Rykwert’s somewhat controversial 1996 book, The Dancing Column: On Order in Architecture, the architectural historian analyses in depth the various ways the human body has informed architecture since its beginnings. Rykwert’s electrifying examination of the body-column metaphor – used to describe the way ancient architects used the male and female body as studies for Doric and Ionic columns – serves as the inspiration for Paul de Monchaux’s new exhibition at the Megan Piper gallery in London, ’Ten Columns’.

Eight Studies for Male & Female Columns references Rykwert’s text directly in a series of domestic-sized pale lime wood sculptures; the gender of each is ambiguous, revealing more about the unseen body than the forms we recognise. Supported – rather than supporting, as was the use of their architectural ancestors – de Monchaux’s masculine/feminine columns are scaled down and placed on a ledge, contrasting with two larger, heavier iterations, cast in oily bronze, resembling the tops of an ancient column, curling like hair. 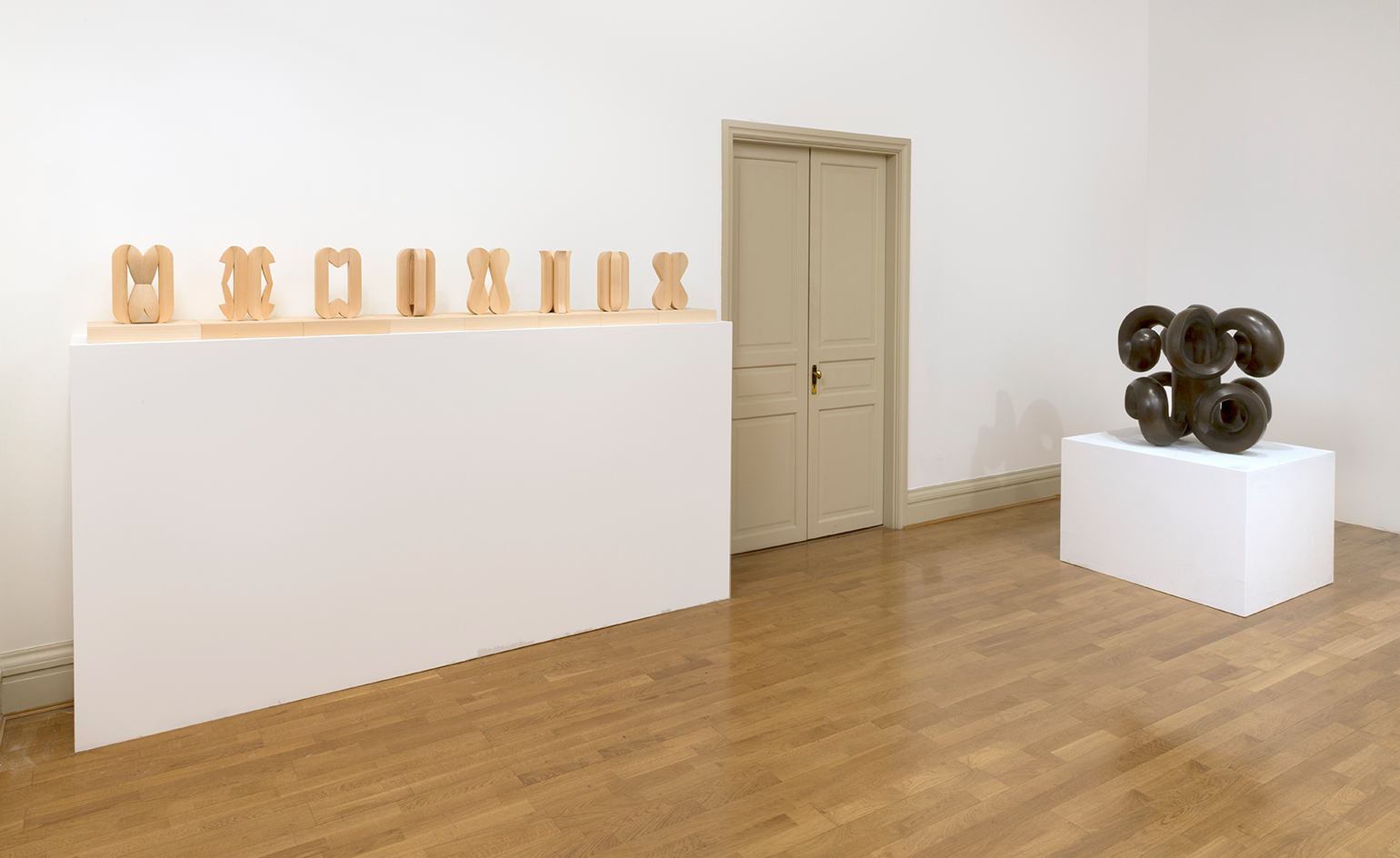 It’s not a surprise that de Monchaux – known for his big public commissions, usually memorials – has returned to bodies. In 1955, when he began studying at the Slade, working with the body was de rigueur, and according to the anecdotes, de Monchaux could be found meticulously measuring its geometry. He began to undertake public commissions in 1986, after retiring from his position as the head of sculpture at Camberwell School of Art, referring to his practice as ‘figurative sculpture’. It was only in 2013 – more than 50 years after his time at the Slade – that he presented his works in a gallery exhibition.

Though de Monchaux’s new sculptures (all from 2016) are in part a breathtaking manifestation of this intense study of geometry, there is something far more evocative about their elegant forms. Just as much of the human body is concealed from view – movements that happen under the clothes and the skin – the sensuous surfaces of de Monchaux’s works capture something that can be felt and understood but that is usually invisible.