When called upon to build a house for an eco-conscious couple within the seaside Chilean town of Navidad, local firm Pezo von Ellrichshausen, headed by Mauricio Pezo and Sofia von Ellrichshausen, duly obliged and went on to produce Nida House, a monolithic concrete creation with an unusual inverted layout.

The clients, a young couple in the fields of the arts and technology began the project a few years ago. It was just the two of them back then, but they had a baby girl during the build, which meant the house needed to be able to accommodate their small, but growing, family. Another of the couple’s key concerns was to be able to enjoy the property’s verdant surroundings and to have views over the distant neighbouring ocean without sacrificing a single tree. 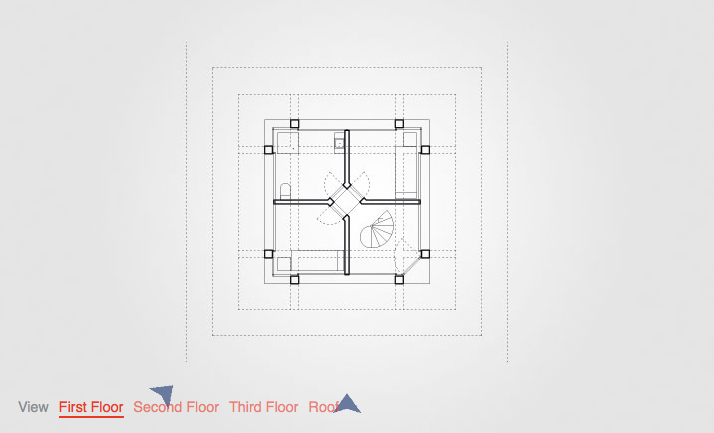 Its structure poured in situ, the home is composed of a vertical succession of platforms, which grow in size as the height increases, arguably a bold choice for a country susceptible to earthquakes. Its solid construction however, says otherwise.

The inverted nature of the property was not concieved for the sake of aesthetics alone, the architects also hoped to create an alternative and more interesting interior program than the typical residential property; the ground and second floors host the house’s sleeping areas, with living and dining found on the property’s top tier. The lowest floor is divided into quarters; the middle section partitioned diagonally by furniture. In contrast, the topmost floor was left completely open plan.

Meanwhile, the presence of the trees offers changing vistas as one moves up in the house, from trunks, to foliage, finally reaching a stunning panoramic view that stretches across the forest and into the sea.

The owners, a young couple working in the fields of technology and the arts, requested that the property’s verdant surroundings be preserved throughout the construction

The home’s poured in situ structure is composed from a vertical succession of platforms, which grow in size as the height increases

The inverted nature of the property was not chosen just for the sake of aesthetics. The architects also hoped to create an alternative proposal, moving away from the typical residential program

The generous roof terrace offers stretching views over the nearby ocean