Among Spain’s most renowned architects, Santiago Calatrava is to build a new complex overlooking the River Thames – his first significant project in the UK.

He is following up his Oculus transit hub in NYC’s World Trade Centre with Peninsula Place, a £1bn mixed-use development on southeast London’s Greenwich Peninsula that includes a tube and bus station.

The tapering design brings to mind the silhouette of a three-pointed crown, in deference, perhaps, to the eight masts rising out of Richard Rogers’ Millennium Dome (now the O2) nearby. 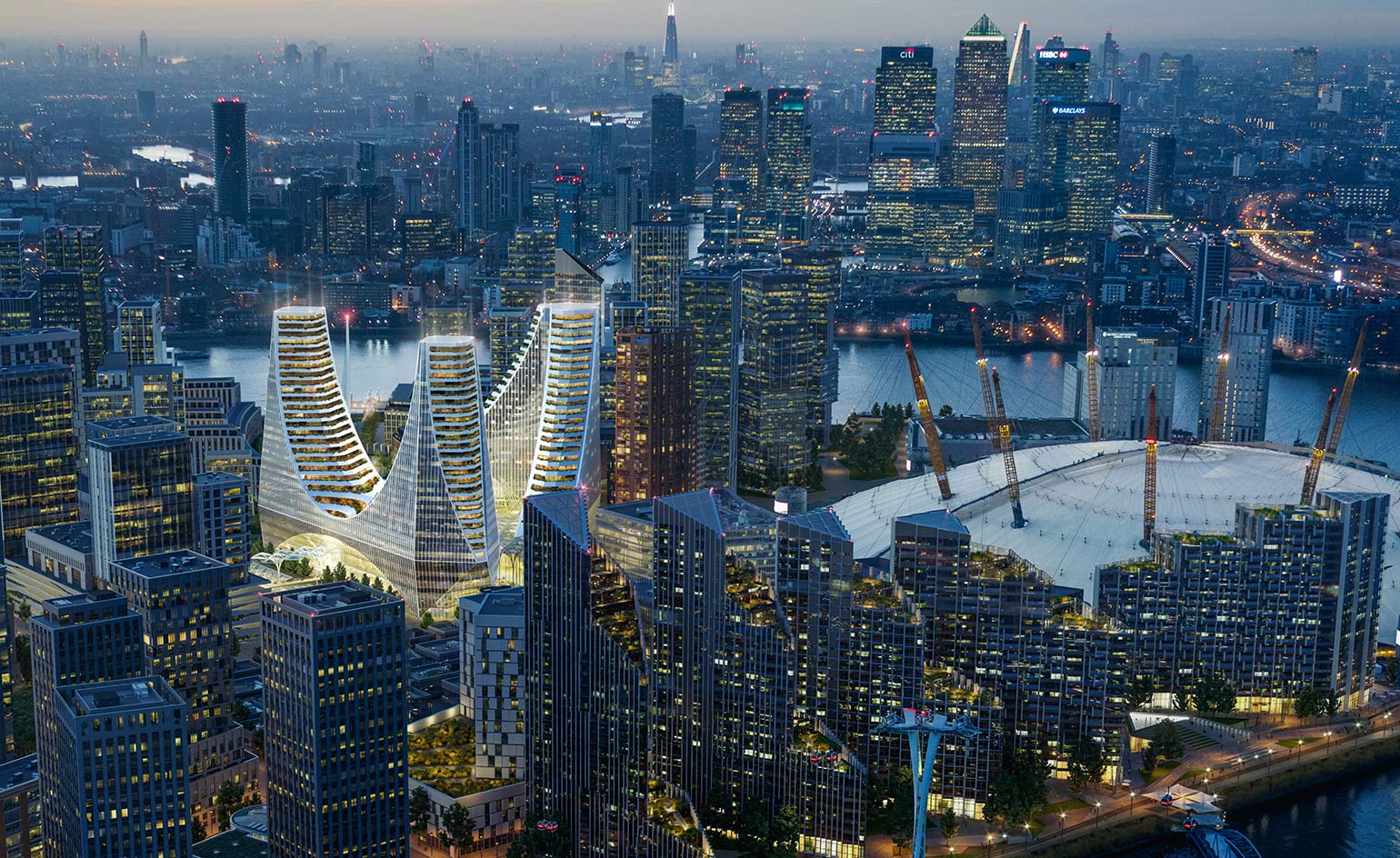 Calatrava explains that his design is the fruit of ’ten different models, approaches and studies with the client [Knight Dragon]’.

As well as the two stations, the 1.4m sq ft complex will have space for a theatre, cinema and performance venue, bars, shops and a so-called well-being hub. Meanwhile, offices, flats and hotels will be housed in the trio of towers, and it will all connect to the river via a new Calatrava-designed ‘land bridge’ encased in out-sized latticing and attached with cables to a tall column – again reminiscent of the Dome’s design. 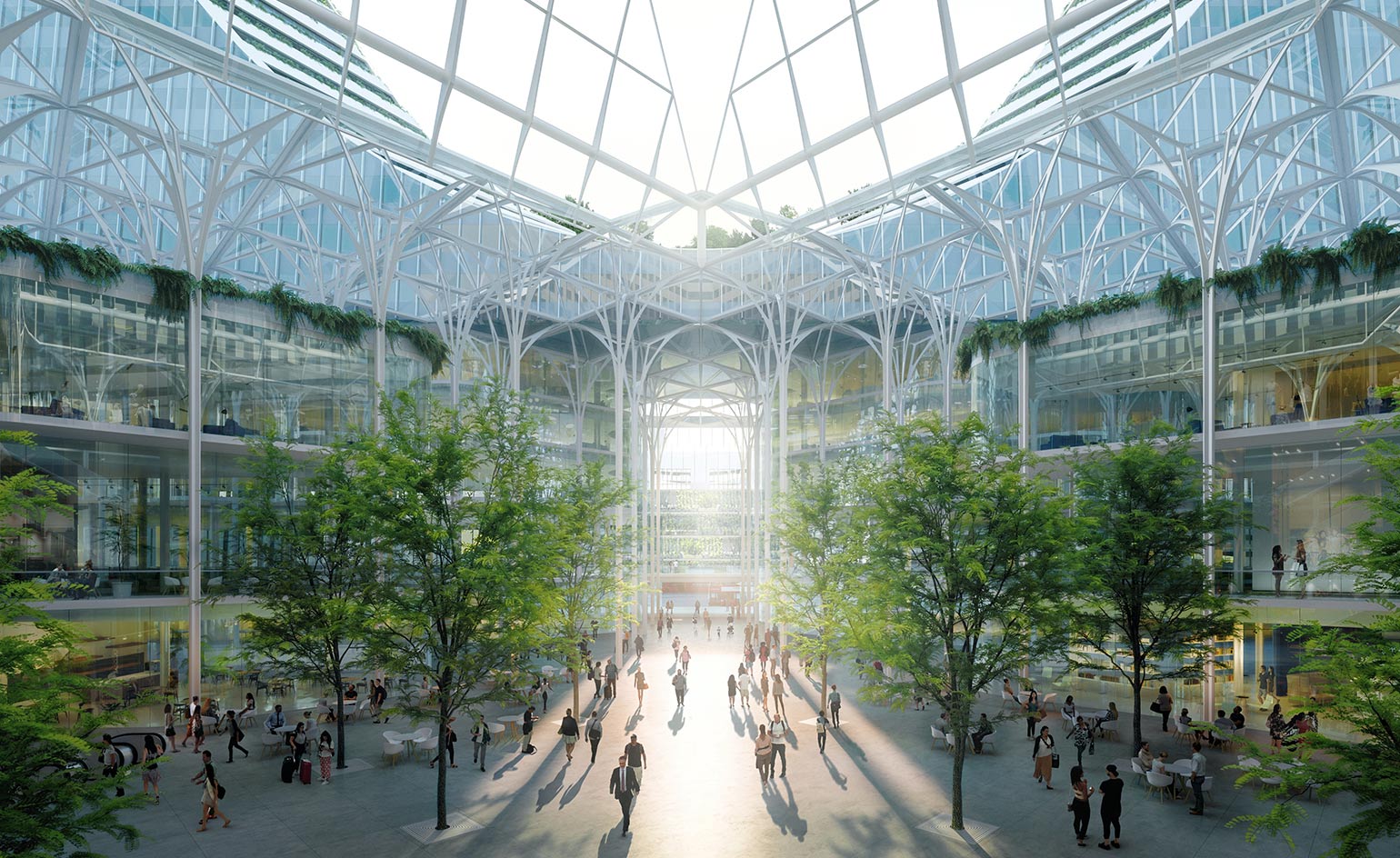 This is familiar territory for the architect and engineer, who has put his name to 50 bridges, seven transportation hubs and myriad public spaces in his 35-year career. However, it is a more restrained structure than some of his extravagantly sculptural creations, such as the Oculus or his cultural complex in Valencia.

Before the Greenwich Peninsula started its regeneration journey with the arrival of the Dome, the area was barely on the map. Now, development is going strong, and Allies & Morrison’s masterplan for Knight Dragon promises a total of 15,720 homes with 48 acres of open green spaces, and 3.5m sq ft of hotels, schools and public facilities.

As well as two apartment blocks by A&M, other buildings are planned by UK architects Marks Barfield, DSDHA, Alison Brooks and Duggan Morris, and SOM from the US. At 200 acres, the real estate developer describes this as one of the biggest regeneration projects in Europe. ’We want to create the heart of a new neighbourhood,’ Calatrava adds, ’so the building has to be a little bit different.’

An aerial view of Greenwich Peninsula, with Peninsula Place situated near the O2