The Caproni aeronautical factory complex has been restored, renovated and refreshed by Piuarch to create the Gucci Hub, a new Milanese home for the brand. Combining contemporary architecture with the original factory buildings – which date back to 1915, just six years prior to the founding of Gucci in 1921 – the modern renovation of the Caproni site is a celebration of Gucci and its culture, as currently driven by creative director Alessandro Michele (who designed the Hub’s interiors).

Rolling out over 35,000 sq m, the complex encompasses offices, showrooms, a venue for shows, and photography and graphic studios, offering a space distinct from the Gucci HQ in Florence and the design office in Rome. The architects struck a balance between preserving the original structures, built for aircraft manufacturing, and designing a contemporary space for a modern workforce. A line of sheds, full of natural light and with exposed brick facades, were repurposed and the vast 3,850 sq m hangar was renovated to host shows. 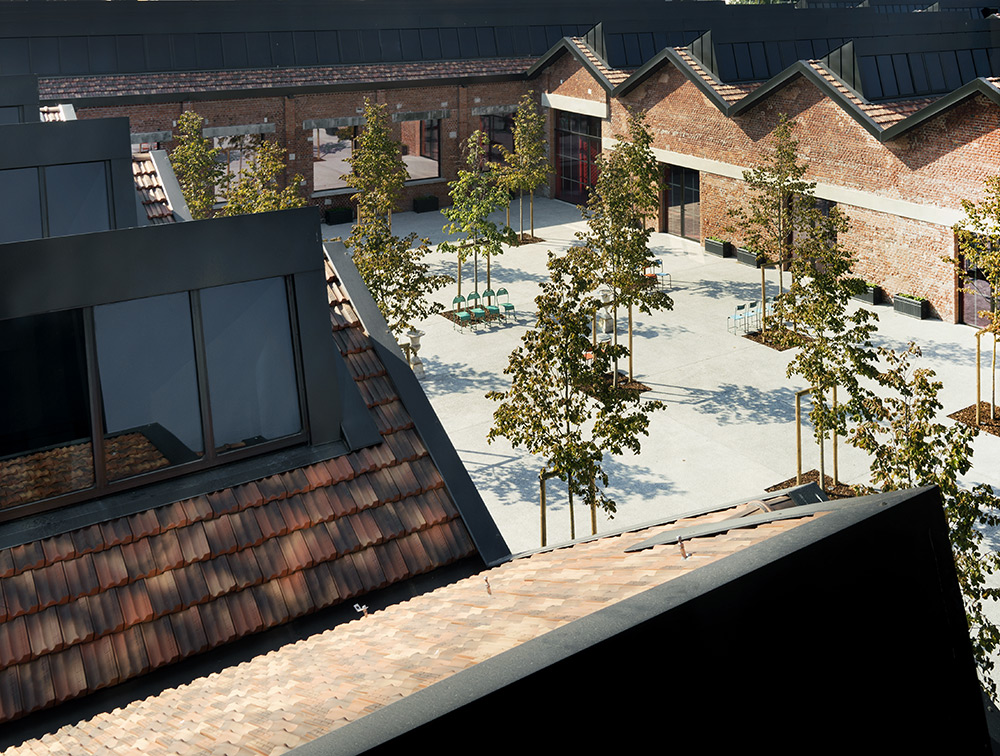 With renewable energy sourced from a photovoltaic solar system, the buildings are smart and sustainable

Piuarch’s ‘industrial archaeology’ involved demolishing building additions from the 1960s and 70s, which made way for lime-tree-lined patios connecting the site to the public promenade, and a central plaza with vertical gardens enhancing the working environment for the 250 Gucci employees based at the hub. A new six-storey office block is at the heart of the design, its glass facade and dark metal brise-soleil harmonising with the original metal structural parts and crowning, cast in the same material across the red brick walls. 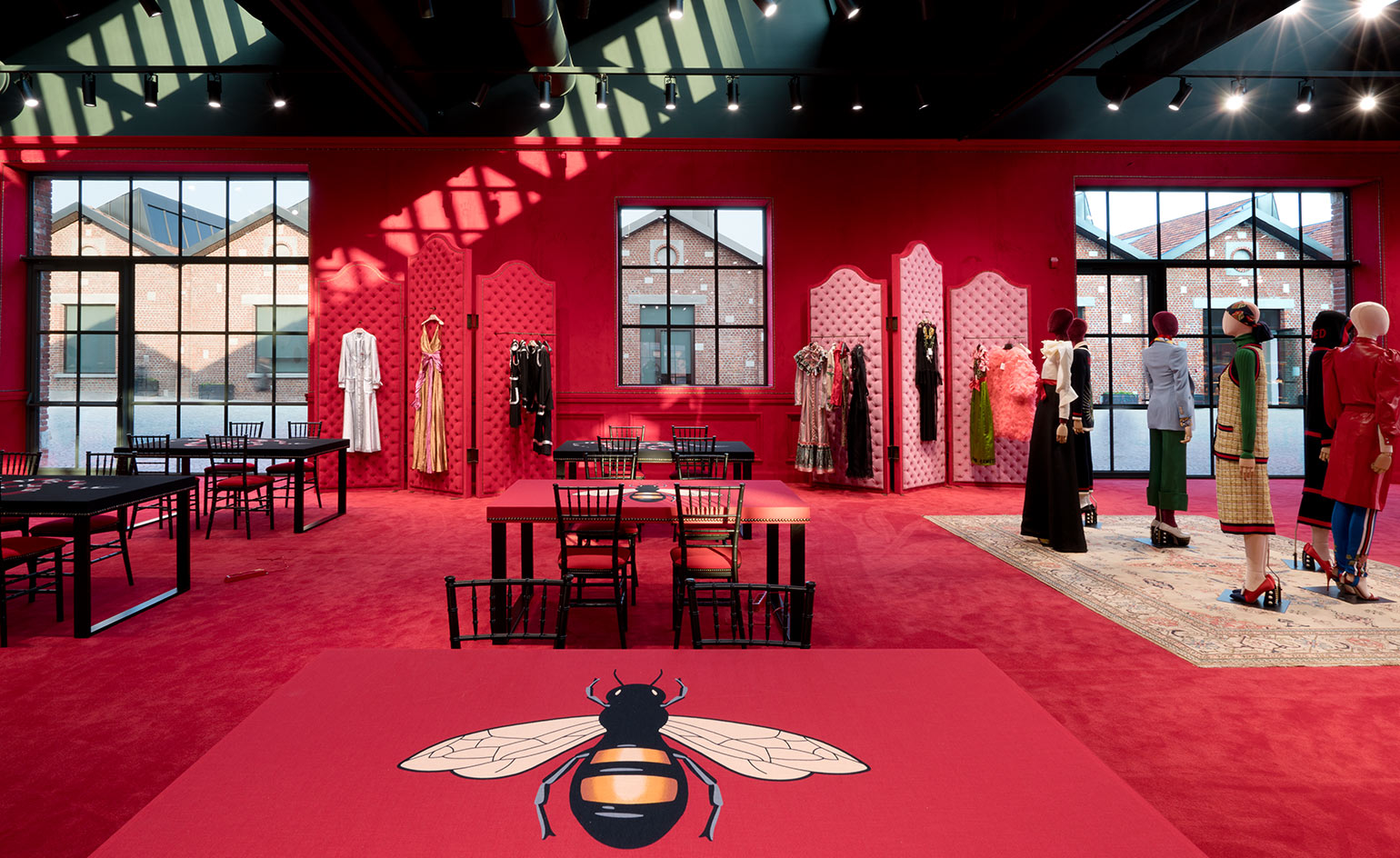 It’s impossible not to compare the project to the nearby Fondazione Prada – located in a former gin distillery 15 minutes drive away, established in 1910 and renovated by OMA in 2015. While the two locations have broad conceptual similarities (they’re both renovations of old industrial buildings), the Gucci Hub preserves the industrial spirit of its past through the uniform simplicity of the structures and the strong continuous zigzag of the shed roofs.

Through its collaborations with other fashion houses (such as Dolce & Gabanna, and Givenchy), Piuarch has demonstrated its deft ability to communicate a brand identity through a building. With no small success, the firm has conceived a contemporary vision within an historic setting for the Gucci Hub.

After Gucci acquired the site at 79 Via Mecenate in 2013, Piuarch led a meticulous restoration of the original Caproni factory buildings

The designers sought to create a defined personality for each space

The Gucci Hub is well equipped for press and visitors

The Caproni factory was an aircraft production centre until 1950