German photographer Peter Granser frames the bold and brilliant architecture of Freddy Mamani Silvestre in a new book, El Alto. This 24-page publication hones in on the pattern, shape and composition of the self-taught architect’s designs, which can be found in his hometown of El Alto, Bolivia.

Mamani’s playful and eccentric style is inspired by the craft traditions of his own indigenous Aymaran culture and the strong masonry of pre-Inca architecture. He has made a name for himself in El Alto, where he has completed more than 60 projects since 2005, all recognisable by their colourful façades, asymmetrical paneling and quirky shapes. His radical art deco meets Las Vegas style couldn’t feel more alien to the rambling architecture of Bolivia’s second largest city.

Only one photograph in the book shows the backdrop of the dramatic mountain-scape behind the city, with a bright green Mamani building rising up over the rooftops in the foreground. Mostly, Granser has carefully and closely framed the buildings. The photographs are like portraits, which explore the defining characteristics of Mamani’s self-pronounced ‘New Andean’ architectural style. Full pages feature cropped shots of elaborate surfaces, so obscured by the lens that they resemble two-dimensional animations. 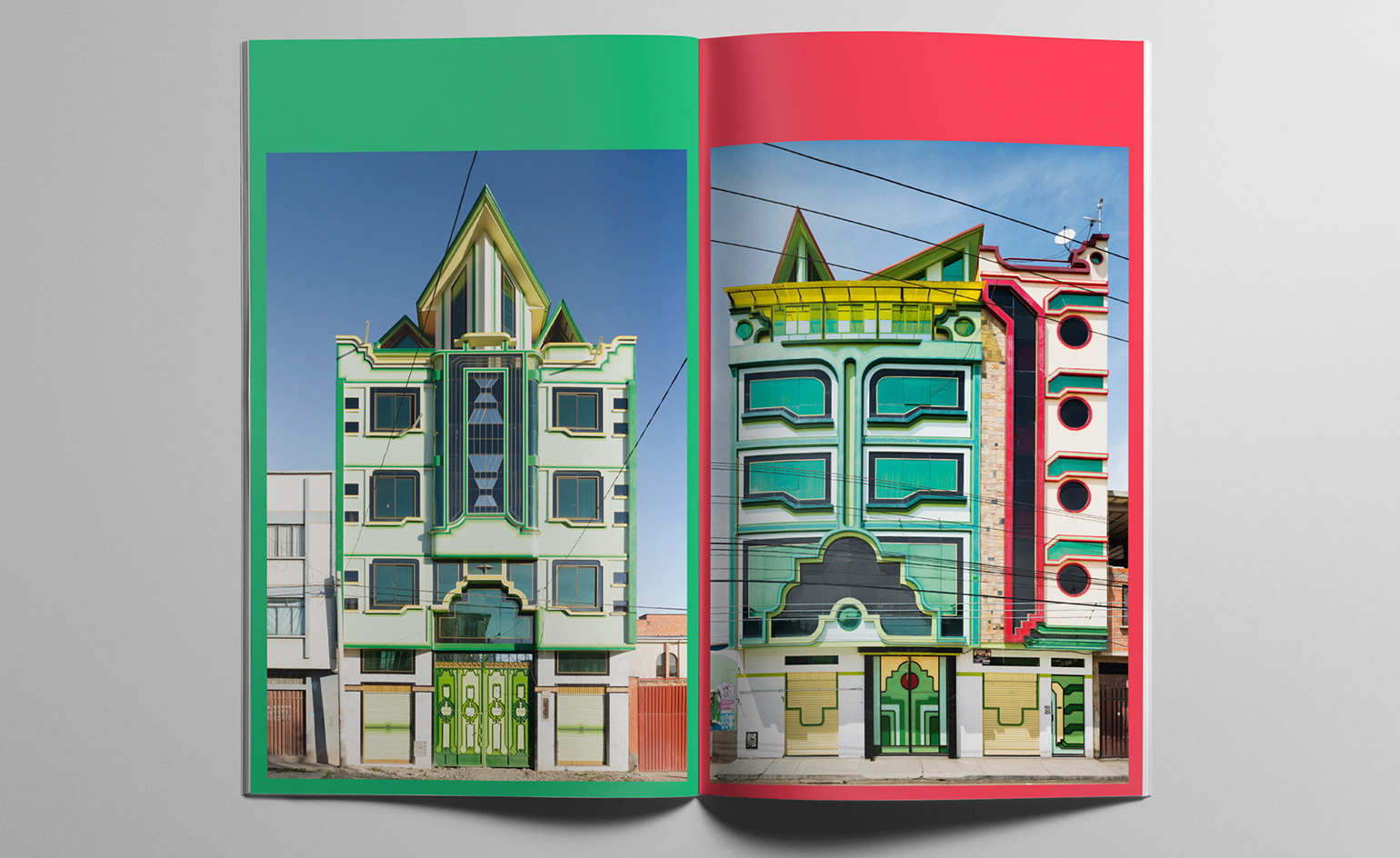 These conscious close-ups are described in a short essay by architectural designer and writer Winston Hampel who compares the publication to a ‘postcard or a dispatch’. The book is a ‘peephole’, which reveals yet also limits our view of Mamani’s kingdom, igniting our imaginations further.

This bright saddle-stitched book is produced by Edition Taube, an independent publishing house specialising in the production of artists’ works, based in Munich and Zurich. El Alto is a neat, visual slice of real-life fantasy – a photo book, an unusual object and a visual introduction to the world of Mamani.

For inspiration, Mamani also looks to science fiction films, which influence the futuristic shapes and designs of his work. Photography: Peter Granser

El Alto is Mamani’s hometown in Bolivia. As well as Bolivia’s second largest city, it is the highest in the world, and home to approximately 1.6 million people