This Melbourne home, in the city’s suburban Hampton neighbourhood, is the brainchild of Australian practice Matt Gibson Architecture + Design.

Aiming to create a strong relationship between indoors and outdoors living, taking his cue from the city’s mild climate, Gibson designed the Concrete House as a sequence of spaces that balance efficiency and comfort, using 20th century references and modern details. 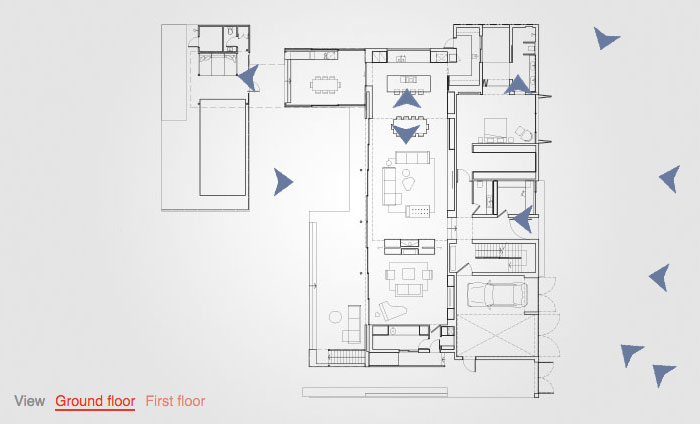 The client’s brief outlined a home that could act both as space for entertainment and a sanctuary; the architect responded by drawing inspiration from Brazilian modernism, a strand of mid-century Modern that works heavily with local, warm climate and employs calming, bright and airy spaces, matched by sweeping clean lines and striking interiors.

The architect and his team kept common areas clean and generous, using rich brown timber and concrete. Large openings bring sunlight deep into the house. On the top level, the concrete structure frames a strip opening that allows long views, acting as a kind of ’periscope’ for the house.

The program spans three levels: all the common and entertainment areas, as well as the master bedroom, are located on the ground floor. The house’s first floor plays host to three further bedrooms and a more private sitting room for the owners. A car park is placed in the basement.

As its name suggests, Concrete House is inspired by classic concrete Modern architecture, especially Brazilian designs of the 20th century

This was combined with the owner’s desire to create a home, where indoors and outdoors exist in perfect harmony

The owner asked for a house that would act both as a beautiful space for entertaining, but also a sanctuary to relax and unwind

All the common and entertainment areas, as well as the master bedroom are located on the ground floor

...and a more private sitting room for the owners

The house’s welcoming balance of timbers and rich grey concrete continues outside, by the pool

The levels are linked by clever and bright circulation spaces, connecting the top, through to the basement level, where the car parking space is

For more information on Matt Gibson visit the architect’s website