Domestic dynasty: the Japanese house since 1945

A new exhibition at the MAXXI museum in Rome explores the evolution and significance of the Japanese home. Pictured, Roof House by Tezuka Architects (Takaharu + Yui Tezuka) completed in 2001. Photography: Katsuhisa Kida/FOTOTECA

Tracing the development of residential architecture in Japan since 1945, a new exhibition opening today at MAXXI in Rome brings together the projects by over 30 Japanese architects. Alongside works by filmmakers and artists, ‘The Japanese House: Architecture & Life after 1945’ explores the relevance of the home to the cultural landscape of the nation and beyond.

Unable to masterplan larger housing schemes due to the country’s dire postwar economy, local architects defined the decades following 1945 in Japan by creating smaller, single dwellings that were built and demolished at equal rates. Life-sized representations of fragments from milestone pieces of architecture, such as the now demolished House U by Toyo Ito and Shigeru Ban’s temporary emergency shelter structures, provide insight into the range of projects from that time. 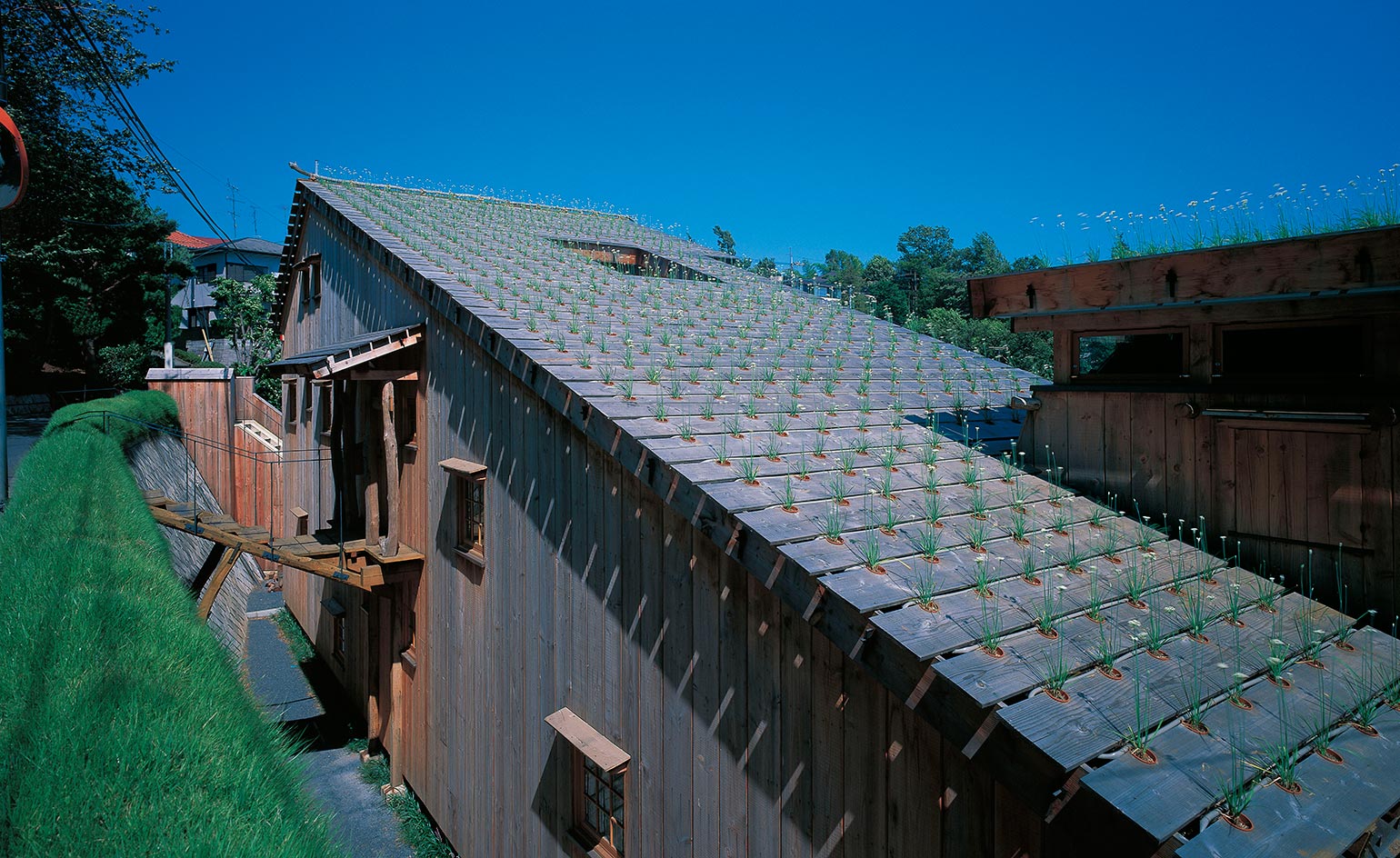 Soon, family homes became the building blocks of Japan’s iconic urban landscape; hybrid vehicles of the developing relationship between tradition and modernity. Kenzo Tange’s 1951 modularly structured Wooden Houses were based around the tatami room and its central position in the traditional Japanese home. The timber structures, built with indigenous wood, remain loyal to the country’s traditions, while experimenting with modernity. Similarly, Kiyonori Kikutake’s stilted concrete Sky House from 1958, combined shapes from nature with contemporary architectural engineering. Homes such as these pioneered the domestic space as a progressive philosophical zone.

Curated by Pippo Ciorra, MAXXI’s senior curator of architecture, the exhibition was born from an idea of Kenjiro Hosaka, curator of the National Museum of Modern Art in Tokyo, and Yoshiharu Tsukamoto, co-founder of Atelier Bow-Wow. It also includes alternative representations of residences from the period, such as videos and manga, switching up the perspective from architect, to dweller, to dreamer, and finding a way to exhibit the complex creative relationship between the Japanese house and popular culture.

’The Japanese House: Architecture and Life after 1945’ is on view until 26 February 2017. For more information, visit the MAXXI Rome website