Commissioned by the Metropolitan Transport Authority and governor’s office, the first phase of the Second Avenue Subway expansion was completed by AECOM and Arup, combining full engineering and architectural services for phase one. Photography: Charles Aydlett. Courtesy of AECOM-Arup JV

The New York City Subway, which dates back to 1904, has reached a milestone in its expansion designed and engineered by AECOM-Arup Joint Venture. The first phase of the major expansion of the Second Avenue Subway is now complete with a new 1.8 mile stretch of track between 63rd and 96th streets, along with three new stations at 96th, 86th and 72nd streets, plus new entrances to the existing Lexington Avenue/63rd Street station.

As part of governor Andrew Cuomo’s transportation infrastructure improvement plans for the state, the $4.5 billion phase of expansion will increase accessibility to Manhattan’s East Side – reducing delays, relieving overcrowding on the Lexington line and adding step-free access from street to subway – improving the experience for 200,000 daily commuters.

Design, safety features and future-proofing have been incorporated into the complex project by AECOM and Arup. Finding a balance between form and function was important challenge for Julie D’Orazio, senior vice president and NY metro transit/rail Manager of AECOM, for this major project on one of the world’s oldest and most iconic subways. ‘We wanted to deliver an architecturally beautiful space that passengers would find visually stimulating and take pleasure in using. At the same time we had to ensure the design didn’t hinder the function of the station, getting riders to and from their destination with ease,’ she says. 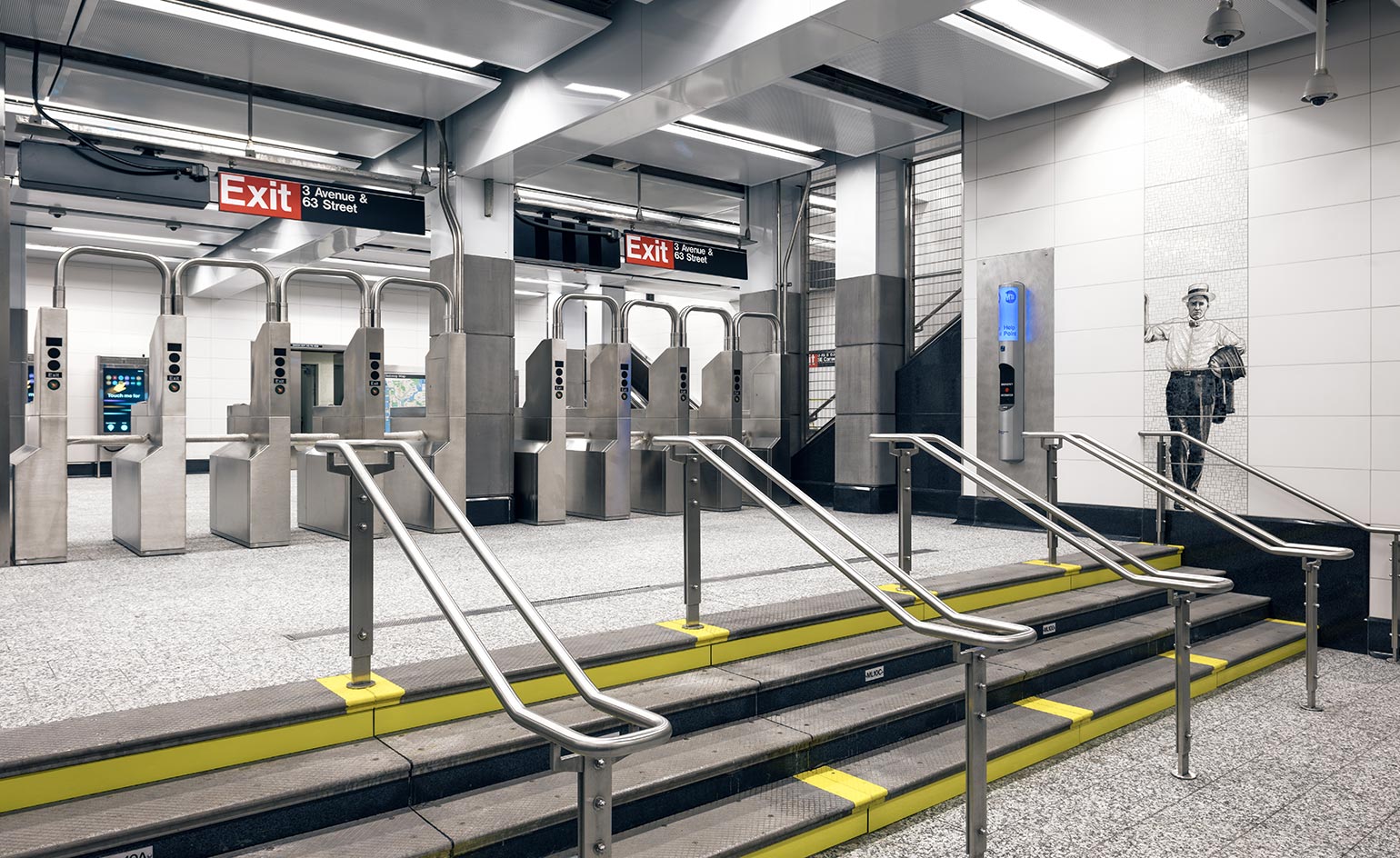 The team generated dynamic pedestrian model simulations for all stations for the morning rush hour, which they used as a design tool to inform the optimal circulation paths for moving passengers between trains and the street level

Working to extend the existing NYC Subway system that had never been formalised in terms of design, the AECOM and Arup teams worked with New York City Transit Authority to devise a clear set of sustainable design guidelines that could be used for the future and incorporated rules for architectural detailing, ADA (Americans with Disabilities Act) compliance, spaces with high-ceilings, quality artwork and dramatic lighting, as well as parameters for improved safety and security.

The column-free design of the new platforms and mezzanine levels marked a change from the steel column and beam construction across the existing system. ‘It allows much better customer movement and visibility,’ says Arup principal Gillian Blake. ‘72nd Street and 86th Street are stations in rock caverns over 70ft wide and the curved nature of the supporting rock crown is expressed in the curved mezzanine ceilings. The customers can’t see all the engineering challenges that went into creating these spaces however I hope they appreciate the sense of openness,’ adds Blake.

Engineers led the excavation of spaces up to 1,591ft in length, some of the largest underground excavations in North America, while navigating the congested mass of telecommunications, electrical, gas, steam, water and sewage lines beneath New York using specialised skills from hydrology to geology. 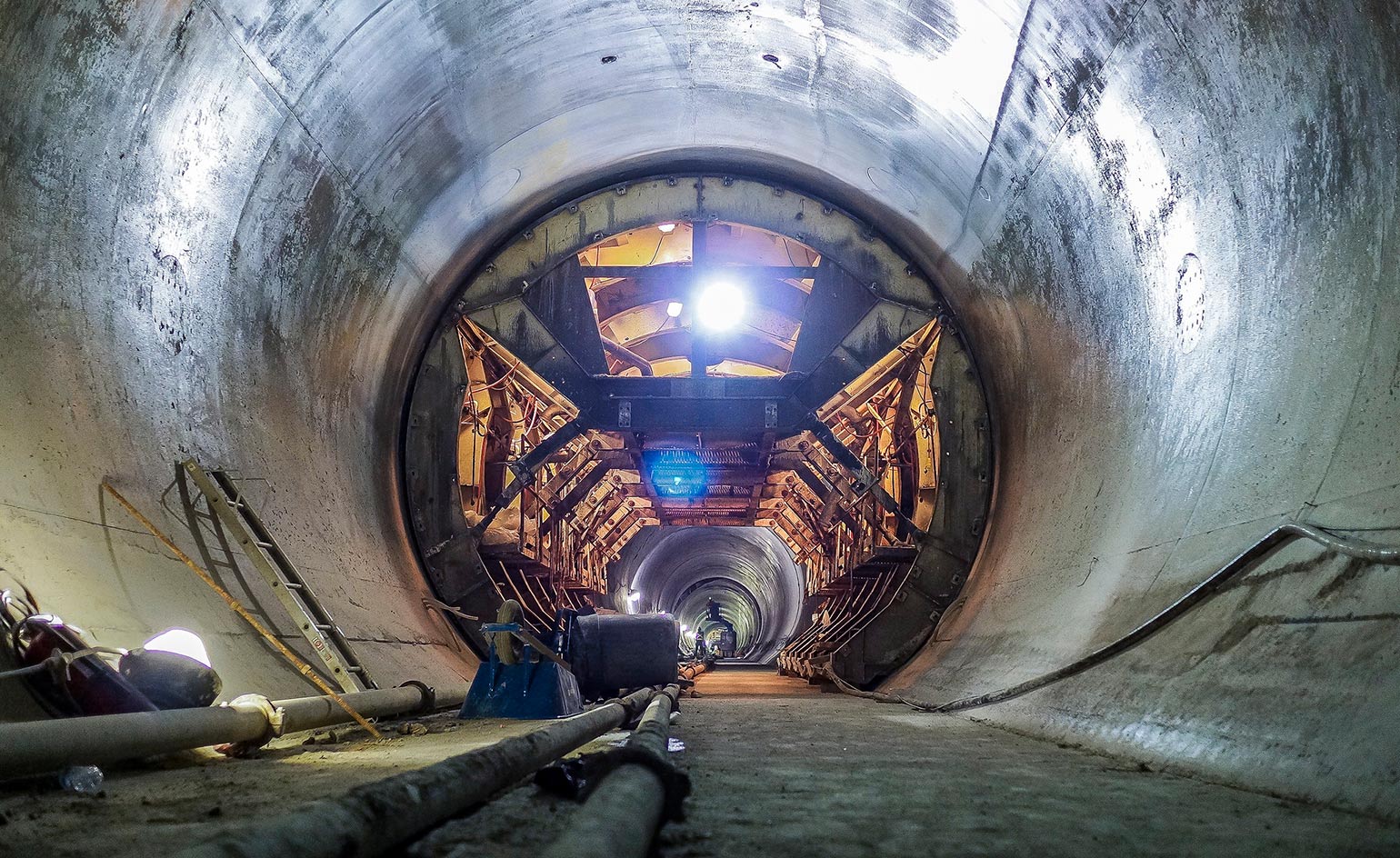 Yet, the biggest challenge was connecting the old infrastructure to the new. ‘Retrofitting 63rd Street Station was the most complex part of the project,’ says Arup director and fellow David Caiden. ‘In many respects modifying an existing station is trickier than building a new one. Everything had to be accomplished with negligible service disruptions working behind hoardings that concealed things from the public.’

The close coordination of design engineers and construction professionals during the 15 year project, which broke ground in 2007, was the most important thing for D’Orazio. ‘This helps to streamline the build process, minimising the need to revise designs midway through,’ she says. ‘Today, design build procurements are much more effective because they are integrated and collaborative.’

The AECOM and Arup team also planned for the installation of future updated technologies, integrating space for new signalling systems as developments are updated across the whole system

‘This new line embodies modern safety standards in terms of fire risk and evacuation. There are full walkways along the tunnels, cross-passages with fire-doors and escape stairs at appropriate locations,’ says Arup director and fellow David Caiden

Joint-free train tracks with ties that are encased in concrete-covered rubber, ceilings lined with perforated metal panels that are backed with sound-absorbing fibreglass help to improve acoustics in the trains and stations