Located in Roxburghshire, Scotland, Blakeburn is a woodland cottage designed by A449 Architects. Photography: David Barbour

Blakeburn, by Edinburgh-based A449 Architects has gone some way to throwing down the gauntlet in terms of elevating the concept of home renovation. This woodland cottage for a writer in Roxburghshire may appear, on first impressions, to be an exciting new addition to contemporary Scots vernacular design. However scratch beneath the scorched larch cladding and the bones of a 1930s bungalow, the site’s previous bricks-and-mortar resident can still be traced.

Eschewing the option to rip up the original ‘nondescript’ bungalow and start again, A449 principal Matthew Johnson chose instead to take key design cues from the original building. ’It looks like a new house but pays subtle reference to the existing cottage,’ explains Johnson. ’We endeavoured to use as much of the existing building fabric as possible, allowing the story of the building to continue. The two chimneystacks, still visible here, give a nod to the scale of the original building. There is also something satisfying about the gable form being totally driven by the original form of the cottage.’ 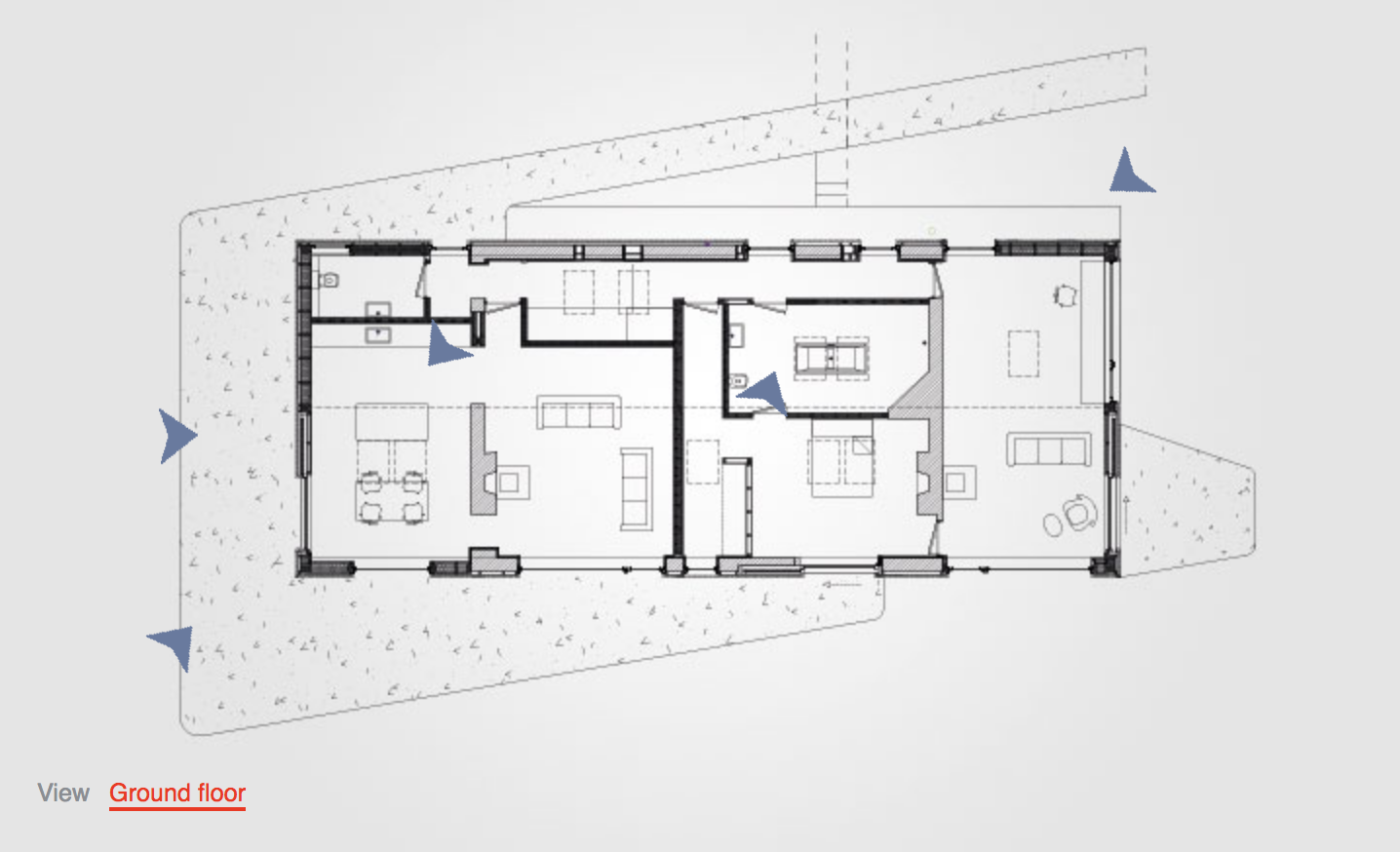 Take an interactive tour of Blakeburn

Subsequently, the final design extends the footprint to the east and west of the existing bungalow, with the entire building then over-clad in scorched larch (blowtorched on-site). The timber effect was chosen to blend in with its woodland setting, an effect that’s particularly dramatic, lyrical even, when the sun casts shadows of the surrounding trees onto the west gable.

A full internal strip out has created flexible accommodation over one level with double height space to the roof pitch in all rooms. Rooflights feature in most rooms, but in the cathedral-like bathroom, two large rooflights sit directly above the bath creating a unique opportunity for cloud watching.  All rooms are linked by a corridor - that also functions as a gallery for the owner’s art collection - running along the length of the north elevation.

A recent recipient of this year’s RIAS Award for Architecture 2016 and Saltire Medal at the Saltire Society Housing Design Awards, Blakeburn is a potent reminder that far from being perceived as the more restrictive route, renovating can yield as thrilling a design opportunity as a blank brief with carte blanche.

The house was previously a 1930s bungalow. Its past inspired the design of the architects’ contemporary update

The interiors have been completely replanned and remodelled

Skylights feature in most rooms, yet are the most impressive in the bathroom

The building is clad in scorched larch, which was blowtorched on site

The cottage blends in with its woodland setting