The ’Preston Bus Station and Youth Zone’ exhibition opens in London today, highlighting the Brutalist icon, as restoration works are about to begin on-site

Designs by John Puttick Associates go on display alongside archive material and new photography at the London offices of engineers Skelly and Couch, in a new exhibition entitled ’Preston Bus Station and Youth Zone’.

Designed by local firm Building Design Partnership (BDP) and completed in 1969, the Preston Bus Station had been threatened several times with demolition, before the iconic Brutalist structure became a Grade II listed building in 2013 and plans for its restoration ensued.

Winning the RIBA-initiated competition earlier this year, the architecture firm John Puttick Associates will work on the restoration, and are looking to streamline the original architecture by clearing the interiors of distractions, consolidating entrances and creating a new central entrance hall. The Helvetica typeface will be reintroduced for signs and colours will be returned to their original palettes. 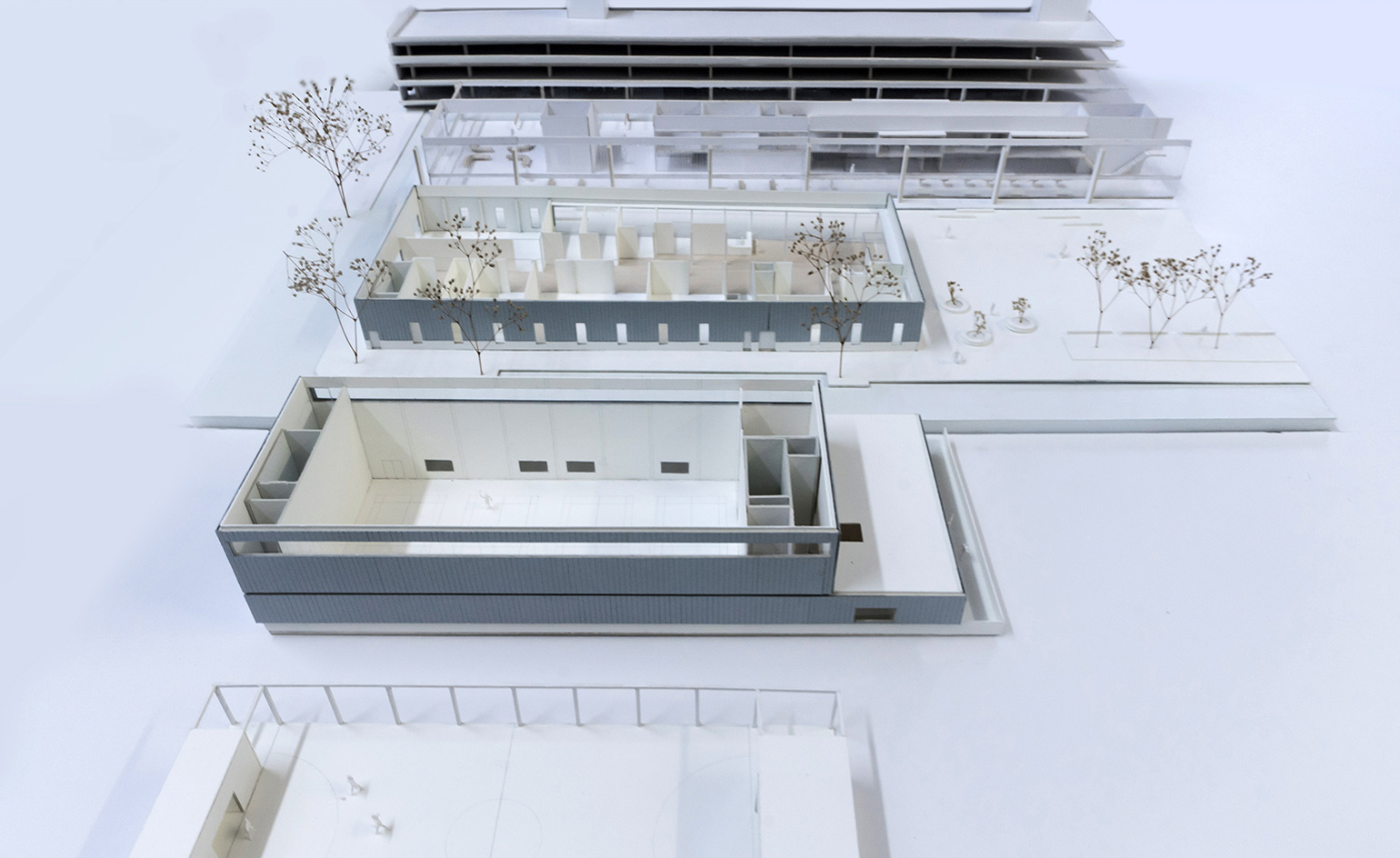 In addition to the refurbishment of the station, a youth centre was commissioned by Lancashire County Council to add valuable community purpose to the site. Designed by the same architects as ’a pavilion to the palace’, the ‘Youth Zone’ building falls into step with the strongly tiered lines of Preston Bus Station’s concrete canopies, with four unevenly tapering levels and a colonnade facing the façade of the bus station.

Presented alongside the designs, photographs by Gareth Gardner capture the building pre-restoration and show the enduring prowess of Preston Bus Station nearly 50 years on – a credit to the original architecture. Archive material of the original designs by BDP will also be on display, helping to put together a portrait of Preston Bus Station as it is about to move forward into a new era.

Construction is scheduled to begin imminently and the restoration will be complete by early 2018. The Youth Zone will break ground in September 2017.

Plans include the new Youth Zone building, which was designed as a ’satellite structure’ following design cues from the original BDP project

Archive material from the 1960s, courtesy of BDP, will be on display alongside the new designs by John Puttick Associates

A view of the exhibition at Skelly & Couch in London. Photography: Gareth Gardner

’Preston Bus Station and Youth Zone’ is on view until 11 November. For more information, visit the John Puttick Associates website and Skelly and Couch website