Zurich’s Volvo Art Session saw a host of new ideas for the brand, including its vision of autonomous driving and a renewed millenial-friendly approach. Pictured: Honji Wang and Sébastien Ramirez at Volvo Art Session

We are at the MAAG cultural centre in Zurich for the Volvo Art Session. In the former factory, dance duo Honji Wang and Sébastien Ramirez perform a captivating fusion of hip-hop, ballet and Capoeira, while a masked Ata Bozaci spraypaints a matt-white V90 in black before the urban artist theatrically peels the tape off to reveal his graffiti. All this is sound-tracked by Pablo Nouvelle’s electro-pop. These art/commerce collaborations can be a mixed affair, but here in Zurich’s edgier corner (the former industrial and railway backlands) it somehow seems to work.

Volvo would like to explore the marque’s potential through creative projects like this. Brand perception remains focused on the company’s reputation as the maker of safe family cars and although this isn’t a bad thing, especially at a time when the car is being increasingly demonised, Volvo still wants to be seen as thoroughly modern and international.

This second personality, we’re told, is still rooted in the marque’s Scandinavian heritage while also reflecting a more modern Sweden, a country’s that’s technical, connected, advanced. It also tells the story of the company’s evolution under its Chinese multinational owners Geely. This means focusing as much on design and engineering as on connectivity, electrification and autonomous driving. 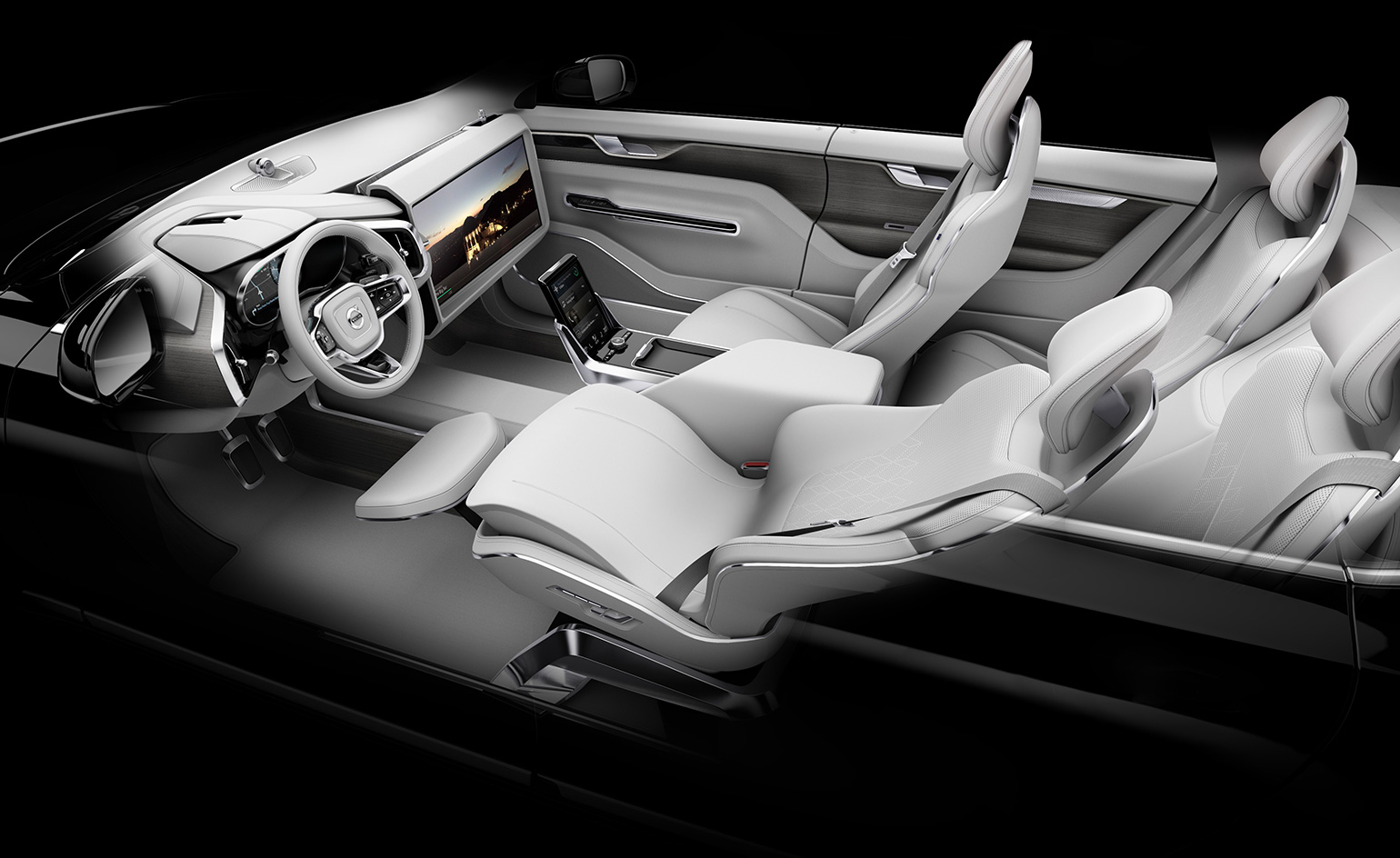 Volvo will still do things differently to its German premium car rivals. Here the focus will be on exposing the more human side of digitalisation, on utilising technology as a way of taking the stress out of life. Much in the way that Tesla has carved a space in the crowded auto market with its unique products – a marque a Volvo spokesperson admits has been hugely inspirational – here the company will own a place too, with its compelling narrative that is centred on the wellbeing of its occupants. In other words, the expression of safety in the modern driving world.

Earlier in the evening we saw the V90 Cross Country concept debut at MAAG. For the leader in estate cars, this crossover car seems like a natural product, for it is an estate that can get its tyres dirty thanks to a flexible chassis built on a new platform and one that will help develop the upcoming V60 and V90 cars. The car will head to production in November and foresee the replacement of Volvo’s entire family of eight models, with the aim of delivering 800,000 cars globally by 2020.

The V90 Cross Country is a welcome return to a more confident Volvo of formal simplicity on the exterior, and a homely cabin offering a democratic space where all occupants are treated equally in contrast to the severely driver-focused seating position offered by other premium marques.

‘Our exterior design language is based around purity,’ offers the design director Thomas Ingenlath. ‘Like all great design this starts with strong proportions, which we express as cleanly as possible with large surfaces that aren’t overloaded with fussy details or fancy tricks.’

Ingenlath continues: ‘Our latest S90, V90 and XC90 interiors express a very modern take on digitalisation, with fewer buttons so you don’t feel like you’re on a flight deck. All our designs start with the human, so the use of natural materials combines with intuitive technologies to create a welcoming environment. Like the best consumer electronics, our digital spaces should enhance your life... not feel alien.’

Earlier in the evening we caught up with Anna Rynvall, Volvo’s young head of interaction design. ‘We have to respond to new ways of mobility, understand the mind-set of the millennial and new ways of car ownership, as well as automated driving,’ she says urgently, noting her team has grown in numbers and importance substantially in the last few years. ‘We need to offer something else to these customers.’ 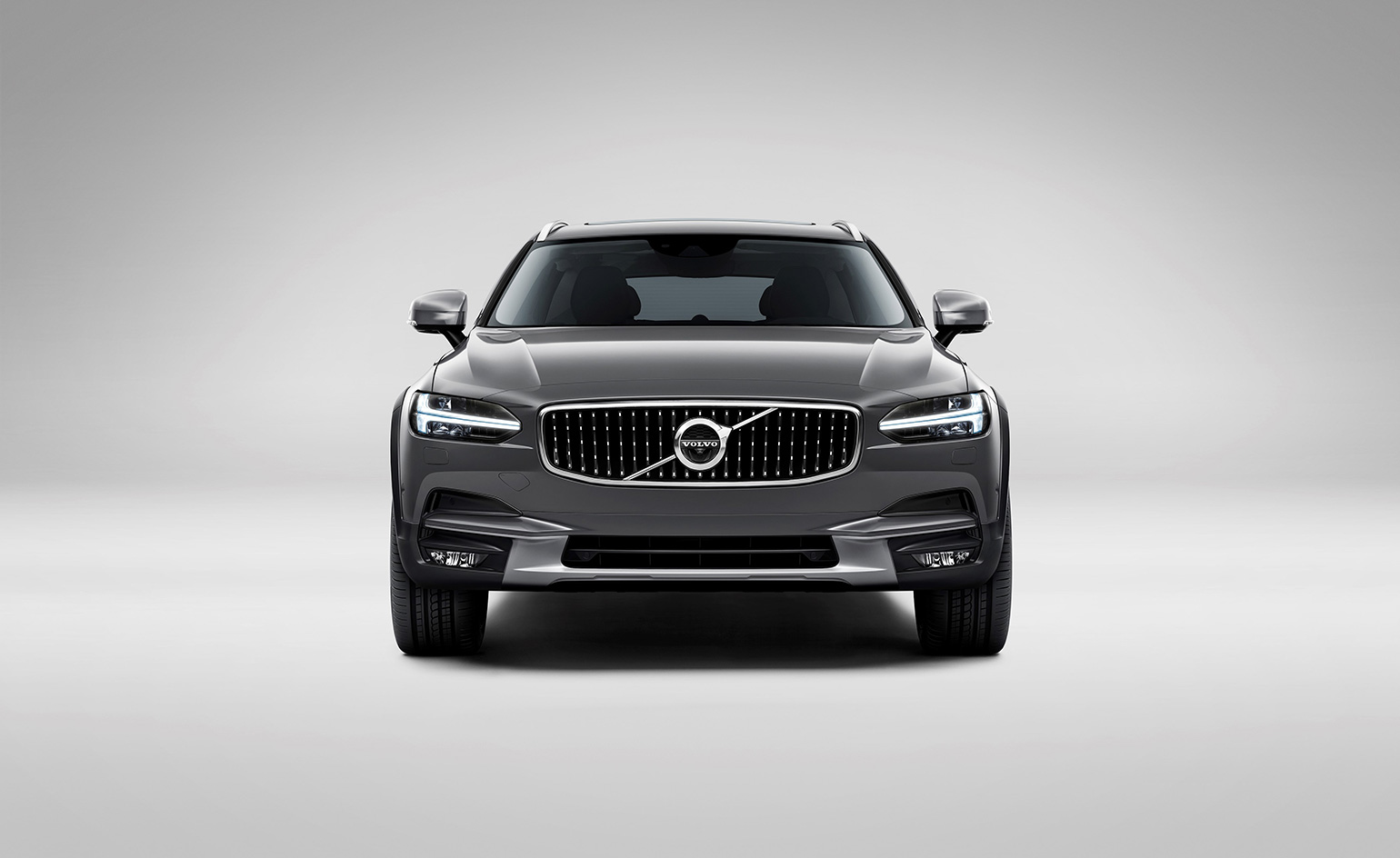 Volvo offers a number of innovative apps including Volvo On Call, that allows you to configure the car settings from your home; and in Sweden an in-car Deliveroo of sorts called Roam Delivery, a digital key that allows you to pre-order your groceries and have them delivered to your car boot remotely.

The company is exploring the autonomous future through the Concept 26 prototype, and all 90 series cars can be ordered with Pilot Assist to be driven semi-autonomously in certain road conditions. Then there is Drive Me, a pilot driverless project with the XC90 in Gothenburg and a similar project, we’re told, is planned later in London.

Rynvall and her team are assessing the role of the interior space in the age of autonomous driving when piloting the car is no longer the primary function. ‘Should this become more of an analogue world rather than digital,’ she notes, ‘a space where they can shut down from work, the outside world.’

We ask Ingenlath how he sees the marque approach design in the context of the sustainable driverless car of the future. ‘Our human-centric approach means that if a user scenario changes this will be reflected in the final outcome – that scenario would reflect a new starting point. This is the way Volvo will stand apart from other brands.’