It’s hard to remember when car adverts were a treasury of wit, simplicity and concision. David Ogilvy’s legendary penmanship for Rolls-Royce remains the gold standard of ad copy, but for sheer consistency of vision, snappy one liners and unambiguous graphics, the series of ads run by Volkswagen of North America, courtesy of the Manhattan agency Doyle Dane Bernbach (DDB).

The agency’s approach was radical in every way, eschewing slick airbrushed artwork in favour of starkly realistic studio photography. Copy sparkled with the simplicity of the message; that the VW was small and decidedly different. Straplines like ‘It makes your house look bigger’ went against the ‘big is better’ consumer psychology of the era, and the client gamely allowed its product to be shown plastered in graffiti, upside down, and in pieces, even behind a tow-truck (strapline: ‘a rare photo’). 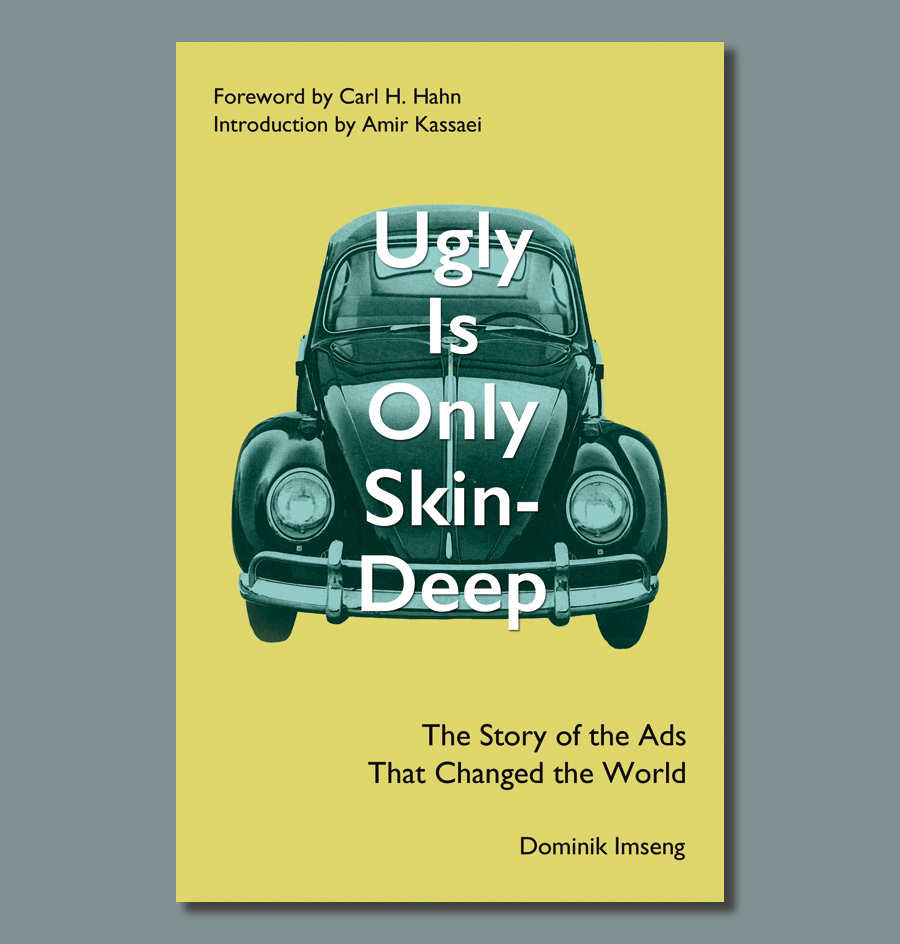 Dominik Imseng has researched a spirited, fully illustrated history of this pivotal era in American advertising in Ugly Is Only Skin-Deep: The Story of the Ads that Changed the World, capturing Madison Avenue at its height, and the inevitable clash between commerce and culture. The Beetle’s inherent ironies – an affordable, truly democratic car beloved by the counter-culture, yet borne out of pure fascist intent – were forgotten, thanks to slick copy-writing and art direction. Marketing made it into an American icon.

The company’s advertising has since retained this streak of rebellion, with DDB continuing to run VW’s campaigns with a dose of verve and ingenuity still missing from an increasingly conservative marketplace. Even so, the recent ‘dieselgate’ scandal has given the industry behemoth a new sense of purpose and yet another chance to reinvent itself.

Small isn’t on the menu just yet, at least not in North America. Volkswagen recently announced the Atlas, a vast SUV aimed at a US market that seems to have grown more and more allergic to both self-deprecatory wit and small cars as the decades have worn on. Whether the Atlas could ever be sold in such a way remains to be seen (deliveries don’t start until next spring), but whatever its reception, the big machine is about as ideologically opposed to the original Beetle as one could possibly find. First launched in 1959 by New York agency Doyle Dane Bernbach and continued through to the early 70s, the campaign for the Volkswagen Beetle is considered the most admired of all time. From left, ’’Think small’, 1960; and ’A rare photo’, 1971 The client gamely allowed its product to be shown plastered in graffiti and in one ad, not at all

Ugly Is Only Skin-Deep: The Story of the Ads that Changed the World, £13.99. For more information, visit the website