It isn’t often that a new independent perfume brand comes along with such a strong concept and design as Bon Parfumeur. Developed by Ludovic Bonneton, former digital director of French beauty brand Yves Rocher, it launched with 15 fragrances, numbered from 001 to 901, their labels colour coded by fragrance family.

The scents are designed to be mixed and matched, and each is simply identified by three key ingredients rather than by a poetically florid name: perfume 201, for example, is described as ‘Pomme verte / Muguet / Poire’ and 402 is ‘Vanille / Caramel / Santal’. Bon Parfumeur also offers ‘Cube’ and ‘Triangle’ sample sets, each containing three or four 2.5ml samples, called ‘Rose’, ‘Sugar’, ‘Air’, ‘Fire’ and ‘Seduction’. 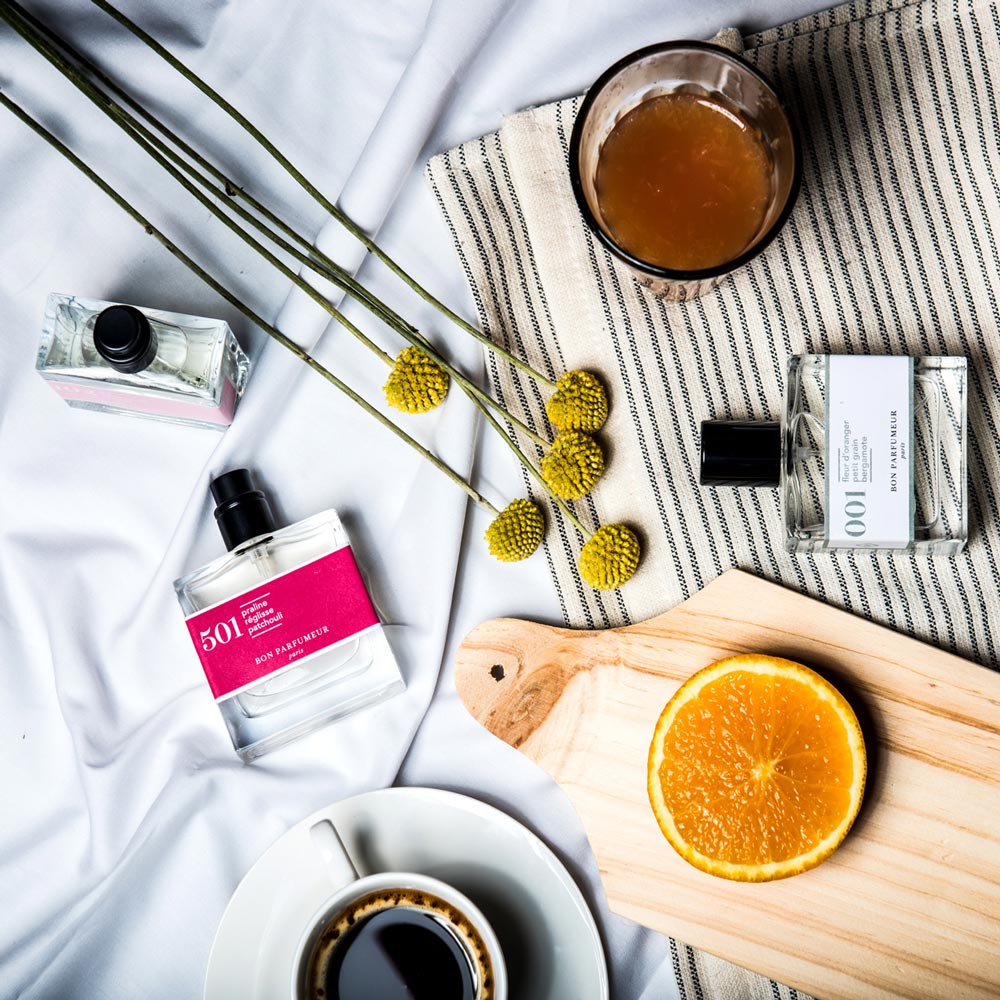 According to spokesman Jean Yves Salasca, ‘all the fragrances have been chosen and selected using blind-test evaluation by a committee of leading names from the perfume world’, and they’re affordably priced at £36 for 30ml, online or from the Bon Parfumeur boutique in Paris.

Each fragrance is identified by three key ingredients