Bonetti/Kozerski Architecture, the New York-based firm which designed the Tod’s showroom in the Milk Studios Building, has joined forces with the Italian leather label again on a new boutique in Miami’s bustling Design District.

‘The neighbourhood itself has an industrial atmosphere and we strived to maintain this in the store design’ explain Bonetti/Kozerski of the 2400 sq ft space, which houses men’s and women’s ready-to-wear and accessories.

Polished concrete floors and steel fixtures are juxtaposed against luxurious details, including panelled walls clad in tanned Vachetta leather, a signature fabrication of the house. In keeping with the fashion house’s classical heritage, the bespoke leather sofas in the space were also handcrafted in Italy. 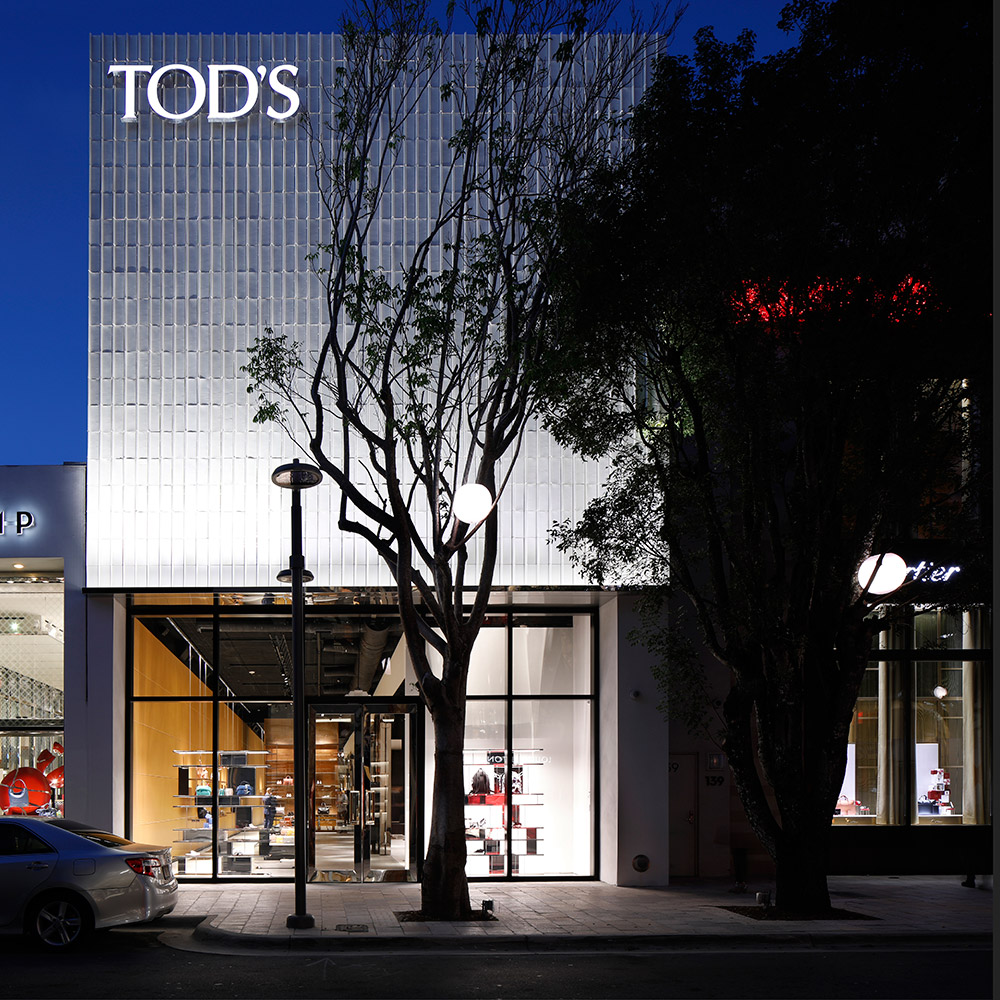 Taking cues from the art and design culture of its location, the store’s walls also fold like trunk doors, allowing it to transform into a gallery space, which will house a selection of artworks. ‘Part of the vocabulary used in the architecture of the space, like the neutral but sophisticated backdrop and functional high-tech ceiling comes from the art gallery lexicon,’ say Bonetti/Kozerski.

Located on 39th Street, the store’s external facade makes use of Miami’s warm climate. ‘We created a corrugated facade from custom ceramic tiles produced in Faenza, Italy,’ the architects add. ‘The pattern vibrates with the sunlight and creates a unique street presence in the Design District.’