Dsquared2 designers Dean and Dan Caten have added a gymnasium to their Ceresio 7 headquarters in Milan. Photography: Helenio Barbetta

For a city that’s known for its design community, it’s funny how often the coolest developments fall into the hands of Milan’s resident fashion designers.

Take Giorgio Armani who brought Nobu to his Emporio Armani store in 2000, massaging locals into their current obsession with sushi. Look at Dolce & Gabbana, who brought the mixed art of hot shaves, martini bars and perfectly cooked al dente pasta together in its menswear shops. And of course, there’s Miuccia Prada who, with her impressively sprawling Rem Koolhaas-designed Prada Foundation, has elevated Milan into a stomping ground for the world’s most savvy art collectors.

The latest designers to give the city a real culture kick are Dean and Dan Caten, the Canadian twins behind Dsquared2, who are known for their runway extravaganzas, fabled late-night parties and even a restaurant featuring two rooftop pools, housed in their label’s via Ceresio headquarters. The twins can now add a gym to their growing list of design credentials, and it’s no hyperbole, having added Milan’s most beautiful, best-serviced fitness space to their HQ. 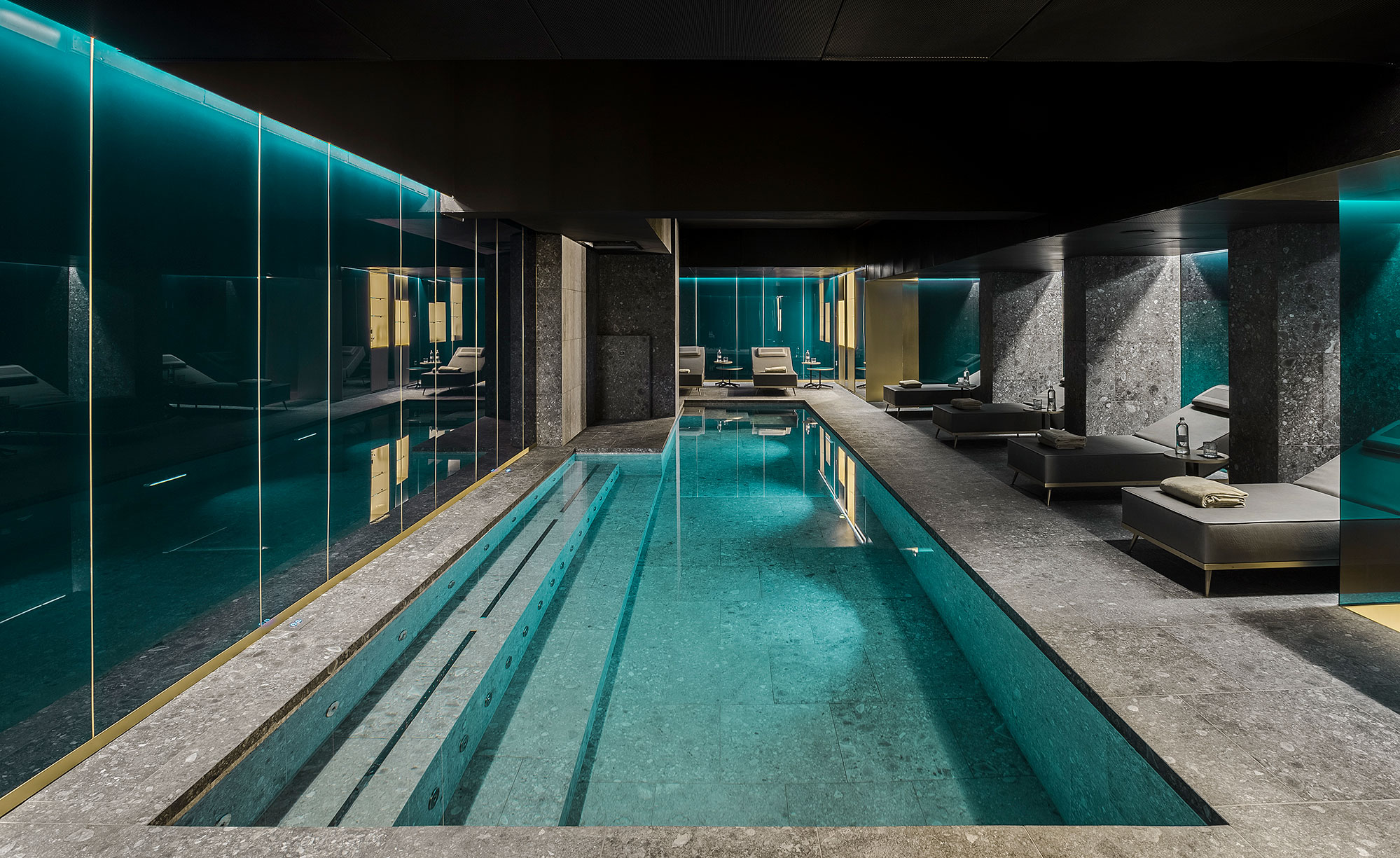 The underground pool at Ceresio 7

The Caten’s latest enterprise is so ambitious that it feels rather paltry to call it a gym. In fact, the space, which was designed by the local architectural studio Storage Associati (the same firm behind Dsquared2’s gorgeous restaurant upstairs), spans three levels with black rubber, Ceppo Lombardo stone and brushed brass detailing.

This oasis offers a full spa with multiple beauty rooms, an underground pool, nutritionists, and esoteric, impossible-to-find-in-Milan treatments such as cryotherapy and thalassotherapy by Biologique Recherche, as well as locker rooms that boast perfumes and lotions in beautiful smoked glass bottles and a host of amenities normally not seen within a Milanese gym.

Meanwhile, the main gym floor is packed with a shiny fleet of the newest Technogym machines, all equipped with video programmes that tell you how to exercise based on your latest consultation. There are enough free weights and Versa Climbers to compete with Gold’s Gym in LA, plus aerial yoga is also on offer. 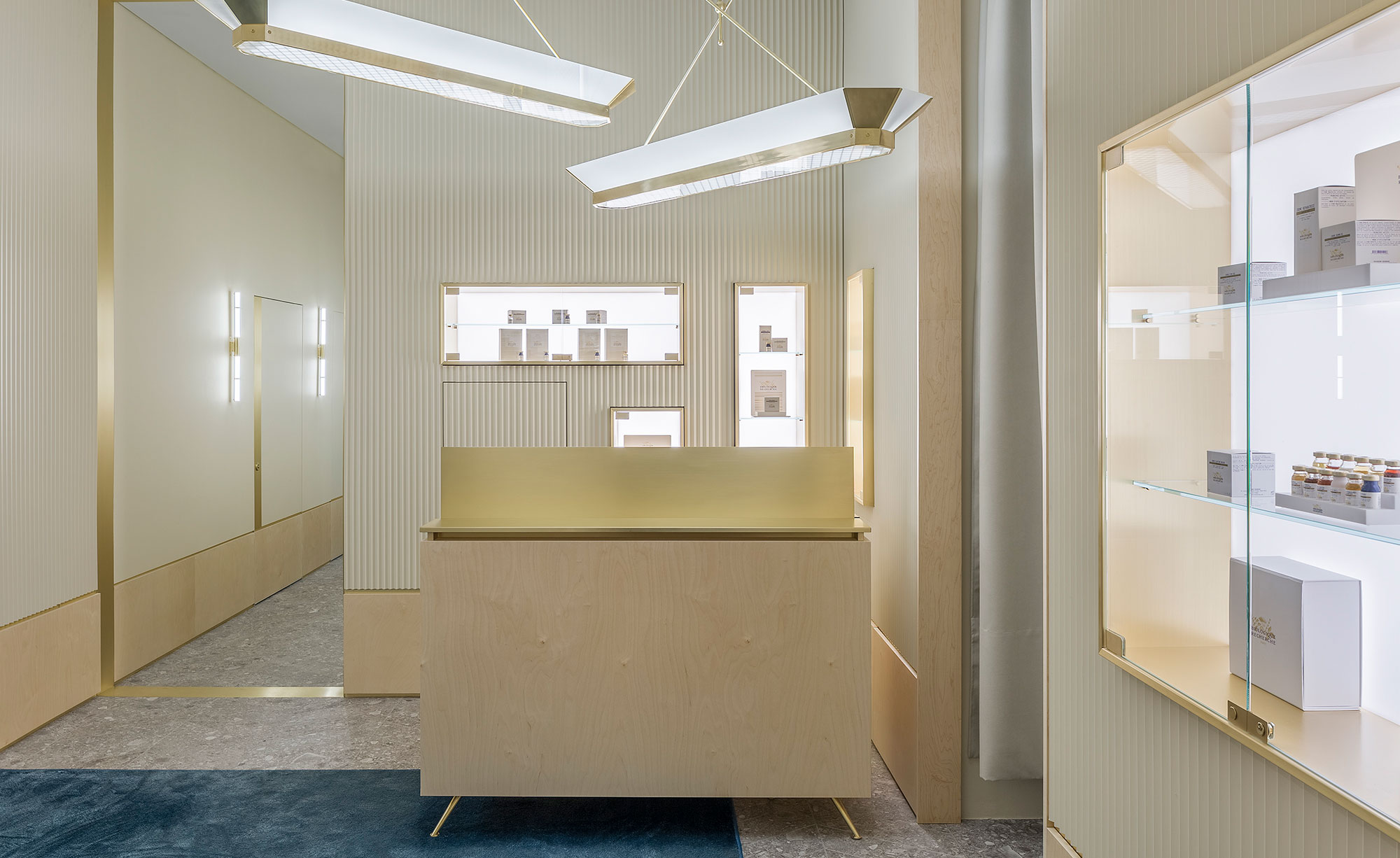 The twins plucked all of Milan’s best trainers and specialists – the rest were imported. ‘An acupuncturist is coming soon from Russia,’ Dan reported during a preview of the freshly launched space. ‘We’re planning on bringing in new people all the time to stay for two weeks as our guest stars.’

Sweating is not highly regarded in Italy, but that is no excuse for the city’s dismal lack of well-stocked or professionally staffed gyms. Together, the Caten brothers have put everything anyone could ever need to tone, buff, bronze, steam, pluck and pull themselves into perfection.

‘Why go to the mountain when you can bring the mountain to you?’ Dean joked. ‘Time’s a ticking and we gotta keep on kicking!’ he added, as he and his brother waltzed out of the workout space.