Up in the air: Porky Hefer brings a touch of lightness to New York

South African designer Porky Hefer is nothing if not upbeat about wanting people to live on a lighter note by drawing them closer to nature’s intrinsic beauty. His nests require visitors to take a step back from the everyday and contemplate nature’s gifts, albeit through the cutouts of his animal-shaped works.

Hefer’s first solo exhibition at New York gallery R & Company takes a detour by tackling a serious subject. Titled ’Heart of Lightness’ – a play on Joseph Conrad’s classic Heart of Darkness – the exhibition of new works asks the audience to counter the book’s grim tale of colonialism and race by using Hefer’s creations as a retreat to analyse and rethink their view of humanity. 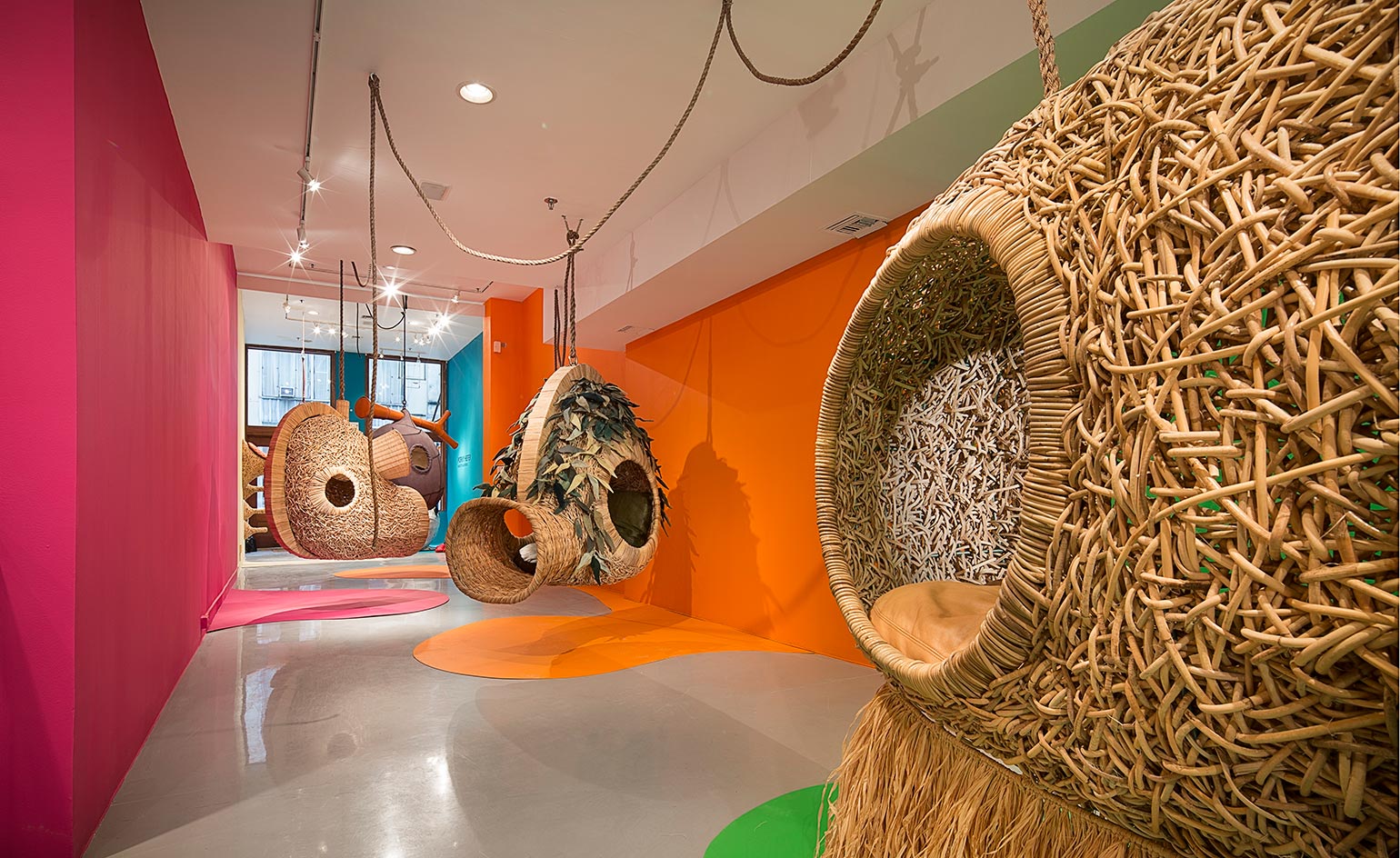 Installation view of ’Heart of Lightness’, by Porky Hefer

A series of seven striking sculptural pieces are arranged around the main floor. Eschewing technology – ’it evolves too quickly to be of practical use’ – Hefer hires artisans from the Cape Town Society for the Blind, a point of pride for the artist who wants to protect the skills of the indigenous crafts industry. Rattan and raffia are woven and stitched, while different fibers are spliced together and wrapped around a steel framework; one creation, Shell Seating, is speckled in Nguni cowhide.

Hefer’s works recall South Africa’s past, the earthy materials creating a stark contrast to the brightly coloured walls, which the artist says were inspired by pop art and Memphis design movements.

Seven sculptural pieces are scattered around the main floor

Rattan and raffia are woven and stitched, while different fibers are spliced together and wrapped around a steel framework

’Heart of Lightness’ is on view until 23 February. For more information, visit the R & Company website