Stardust memories: Picky Nicky reminisces on the thrills and spills of working for Wallpaper*

In 1996, I took a meeting with a man about a new magazine, at The Athenaeum Hotel in London’s Mayfair. I let Mr Brûlé present the idea, without letting on that I had already decided to book a page of advertising for Katharine Hamnett in the launch issue, thanks to an enthusiastic introduction from a mutual friend. Later that year, I devoured issue one (W*001) and got hooked on the novel mix of design, fashion, architecture, entertaining and travel.

Five years on, when Jeremy Langmead was hired as editor-in-chief, I wrote to him from Milan, where I was living, and asked if I could be a stringer. My time as Milan editor, which I soon became, allowed me to indulge my interests. Meeting the likes of Angelo Mangiarotti, Carla Fendi, Laudomia Pucci, Tomas Maier, Matteo Thun and Vincenzo De Cotiis was a bonus. In 2007, when Tony Chambers took the reins, I left Milan for Marylebone and days spent Bankside at the Wallpaper* offices with its sweeping view of Tate Modern. 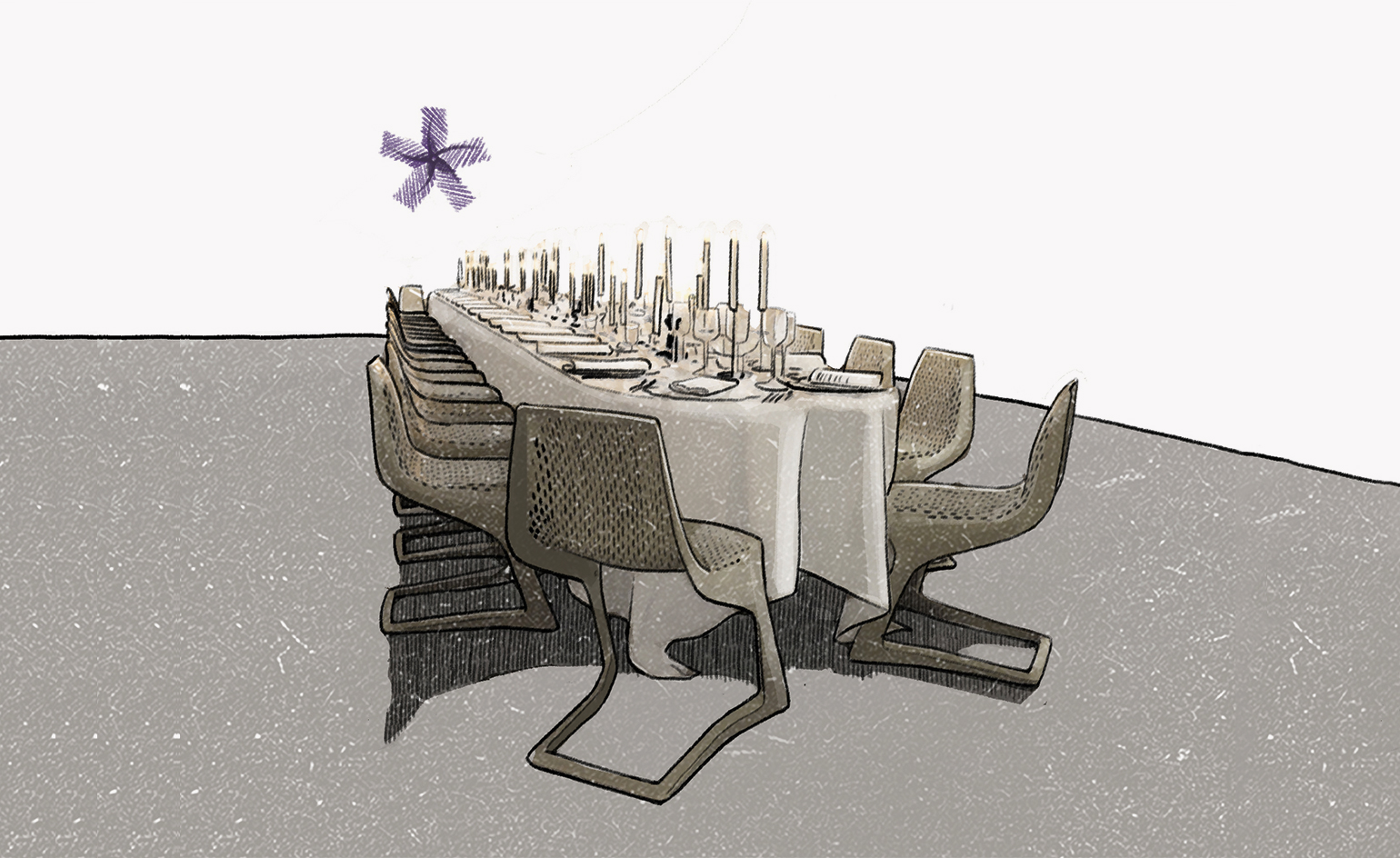 A highlight for Nick was orchestrating 2010’s Design Awards dinner at Galerie Thaddaeus Ropac in Paris, co-hosted by Raf Simons and Konstantin Grcic

As special projects editor, my first task was to work on our inaugural guest-editor issue, and I called upon Jeff Koons, Dieter Rams and Hedi Slimane. A year on, it was the turn of Rei Kawakubo, Zaha Hadid and Louise Bourgeois. This is the best part of the job, working with extraordinary people. I’m grateful every time these talents find time to sit and talk about what they are up to.

Another big thrill is seeing how things are made, with normally out-of-bounds, behind-the-scenes access to the best global manufacturers. Most memorable have been Nymphenburg, Richard Ginori, Georg Jensen, Puiforcat, Hermès, Louis Vuitton, Iittala, Ceccotti Collezioni, B&B Italia, Berluti, Zegna and Lesage, all producers with staggering know-how. Witnessing the pride their teams take in producing beautiful things never ceases to impress. During these visits, Picky Nicky is pretty nosy and fairly persuasive, as I get to sniff out top-secret projects to bring them to you before anyone else. I spotted a silversmith with a shape that could only be the work of Aldo Bakker when visiting Puiforcat’s Paris workshops in June 2013, a collection that was eventually launched in November 2014 and published first in W*189. Visits to the studios of Konstantin Grcic, Naoto Fukasawa, Scholten & Baijings, John Pawson, Roksanda Ilincic and Mary Katrantzou were another treat and story source.

And the best job in the world surely has to be commissioning for Wallpaper* Handmade. Out of many extraordinary items, the 2012 ‘V’ tent from Industrial Facility with Louis Vuitton, and the ‘Flora’ wallpaper with Gucci and Cole & Son, are my most loved (W*161).

After touring the manufactory at the 18th-century Schloss Nymphenburg, Nick ate white sausage and pretzels off ‘Cumberland’ plates in the CEO’s office