Australian winemaker Penfolds has collaborated with Saint-Louis on a project that celebrates the winery’s latest release: a limited edition series of its 2012 Grange. Launched this month, the vintage arrives in an impressive bottle (a hefty six litres, as its Imperial badge would suggest) and is accompanied by a specially designed crystal decanter.

The ’Aevum’ vessel was devised by the heritage winemaker in tandem with New York-based design studio and longtime Penfolds collaborator Force Majeure, which brought its unique expertise in product development, packaging and brand identity to the serving ceremony of the Grange vintage.

‘This collaboration acknowledges the first commercial release of a Grange Imperial bottle and the 2012 Grange, which is a vinous mosaic of charm, allure and character,’ says Peter Gago, Penfolds’ chief winemaker. ‘We wanted something special, something that would enhance and celebrate the service ritual.’ 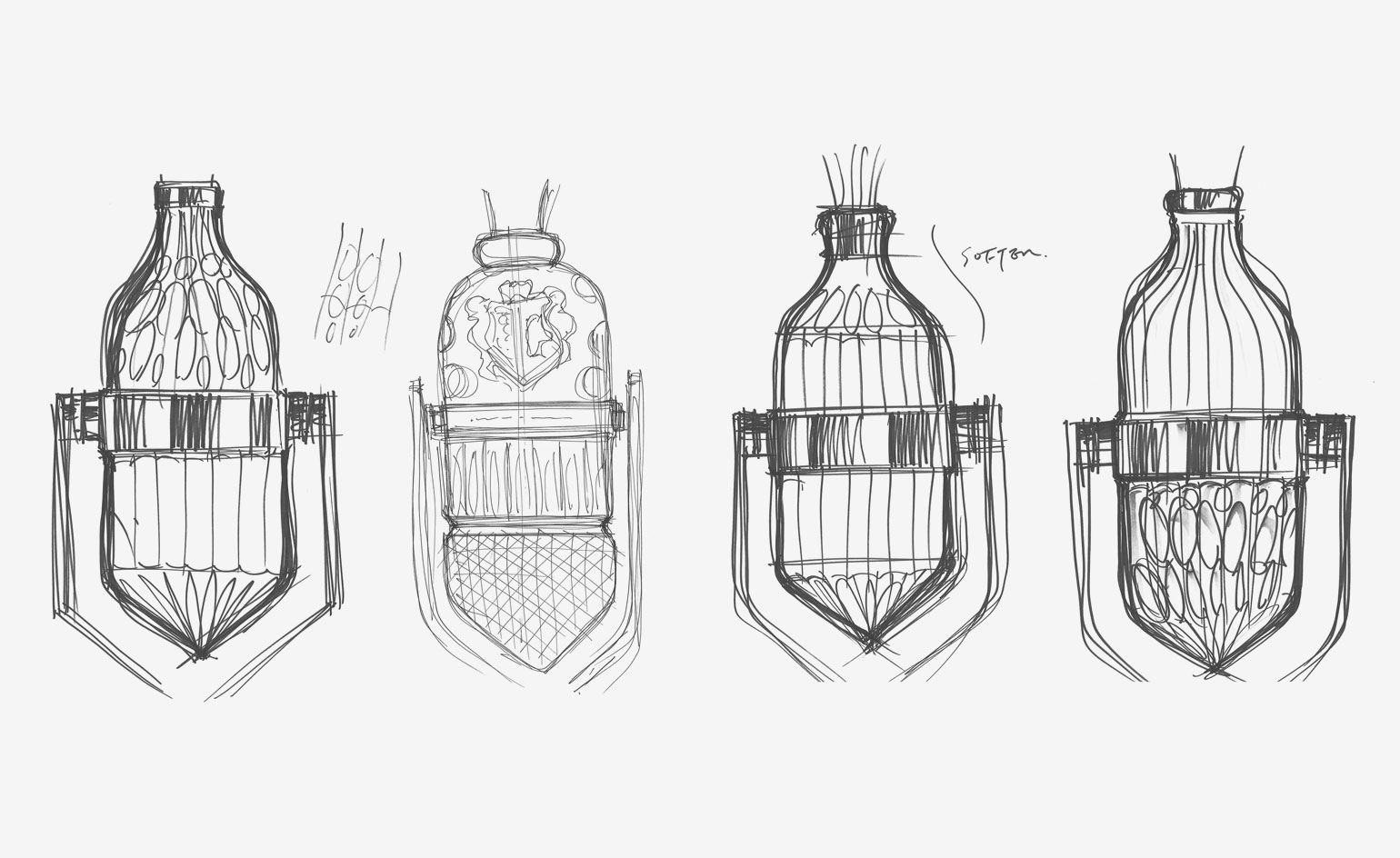 Crafted in fine crystal and supported by a metal structure fashioned by pewtersmiths L’Orfevrerie D’Anjou, the blown crystal decanter offers a perfectly balanced pouring experience. Its structure gives a utilitarian element to the precious vessel – a pure and precise exercise in craftmanship.

‘The majestic service ritual and sense of occasion are part of the enjoyment of wine and the fabric of Penfolds,’ continues Gago. ‘The ’Aevum’ enhances these captivating characteristics in handcrafted crystal objects.’ 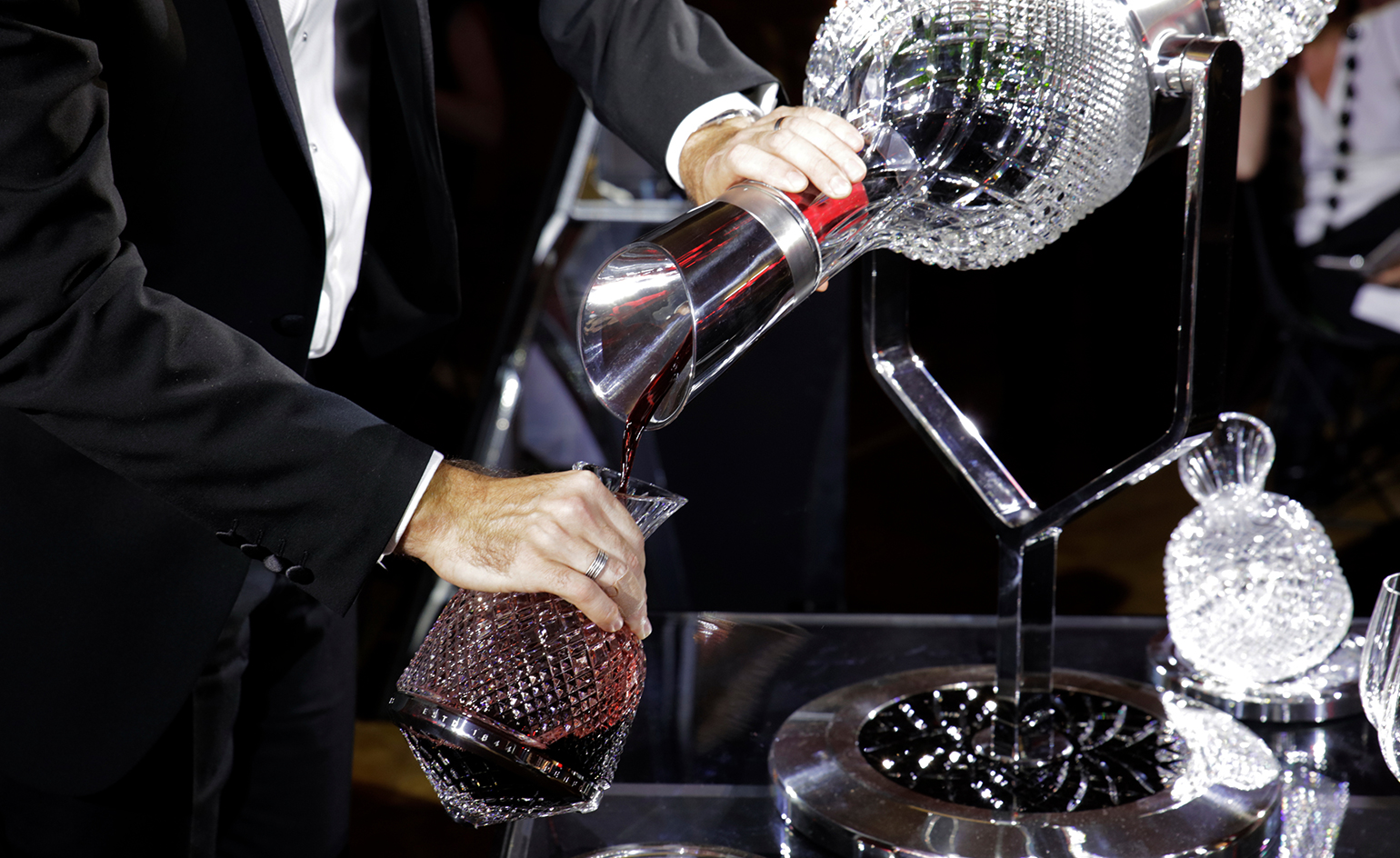 As well as the ’Aevum’, Penfolds has created a collection of smaller decanters – also produced by Saint-Louis – designed to rotate on their bases, aerating the wine.

‘The union of heritage and tradition, shown through this collaboration with Saint-Louis, has created two majestic objet d’arts,’ adds Gago. ‘They celebrate our Grange, which is a powerful expression of Penfolds’ multi-district blending philosophy, clearly demonstrating the synergy between Shiraz and the soils and climates of south Australia.’

A progress sketch of the ’Aevum’ decanter by New York brand identity and packaging specialist Force Majeure, another collaborator on the project

Aevum’s launch was celebrated in Adelaide last week. Penfolds has created a collection of smaller decanters (pictured in foreground), also produced by Saint-Louis