Picture the mighty Rafael Viñoly-designed 432 Park Avenue, and walking into a 92nd floor apartment peppered with modern pieces by the likes of Tom Dixon, Lindsey Adelman, and Luca Nichetto. That fantasy can now become reality in one of the New York tower’s penthouses, courtesy of interior designer Kelly Behun who is giving discerning Manhattanites a taste of luxury living in the big city.

The apartment has been coined a ‘living gallery’, furnished by Behun in collaboration with online art portal Artsy and which features some of her own studio designs, along with bespoke pieces, artworks and contemporary furnishings. 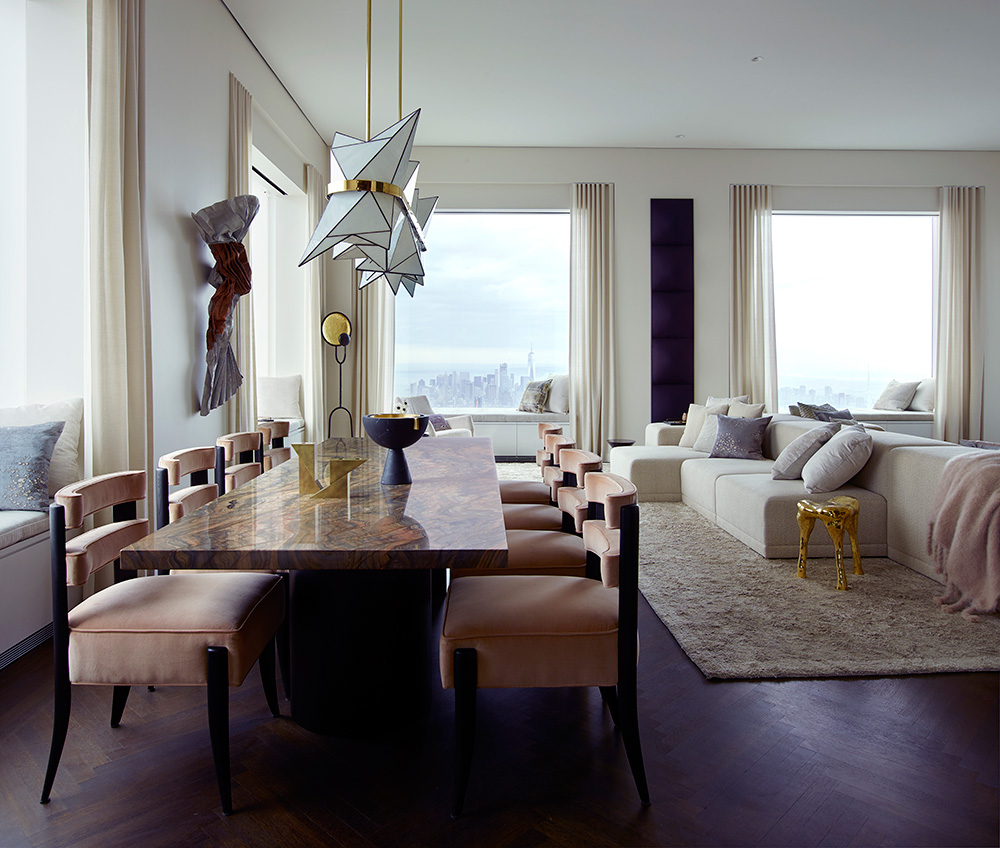 ‘What was different about this project, and any model apartment of course, is that the client is unknown,’ explains Behun. ‘The fun was imagining who that might be, and imbuing the space with a point of view that I thought would be appealing.’

Behun has kept the space fresh and minimal, instilling it with warmth through a careful curation of art and accessories. Big-ticket pieces like the bespoke bed and sofa have been realised in neutral shades, while products from the likes of The Future Perfect and the Haas Brothers inject personality into the space. 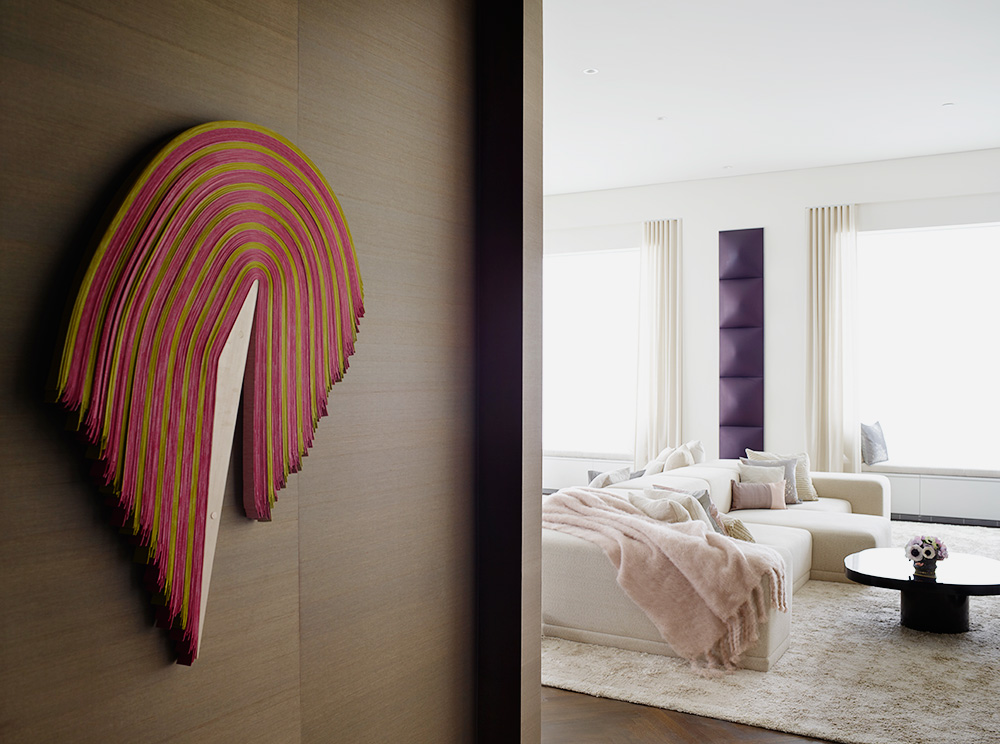 ‘When you are working with a view this gobsmacking, there is no reason to even try to upstage them, it isn’t possible,’ Behun says. Still, the interior designer did not shy away from lavish accents; gold accessories by Tom Dixon and New York studio Apparatus glisten in the apartment’s natural light, while Calico Wallpaper’s embellished ‘Satori’ drip print has been realised in a striking bespoke blue.

Pitched as a ’living gallery’, the space is speckled with contemporary pieces. Photography: Richard Powers

Gold detailing in the accessories feature across the apartment. Photography: Richard Powers

The master bedroom has a neutral palette. Photography: Richard Powers

Bespoke pieces were created especially for the property, including the master bed. Photography: Richard Powers