Know any abstract artists who keep all their work in their apartment because nobody else will display it? Neither does Jasper Morrison.

But the London-based industrial designer – and recent Wallpaper* Designer of the Year winner – has created a fictional one. He lives on the first floor of the VitraHaus in Weil am Rhein, the Vitra brand’s flagship, designed by Herzog & de Meuron. And he’s got impeccable taste, by the way. 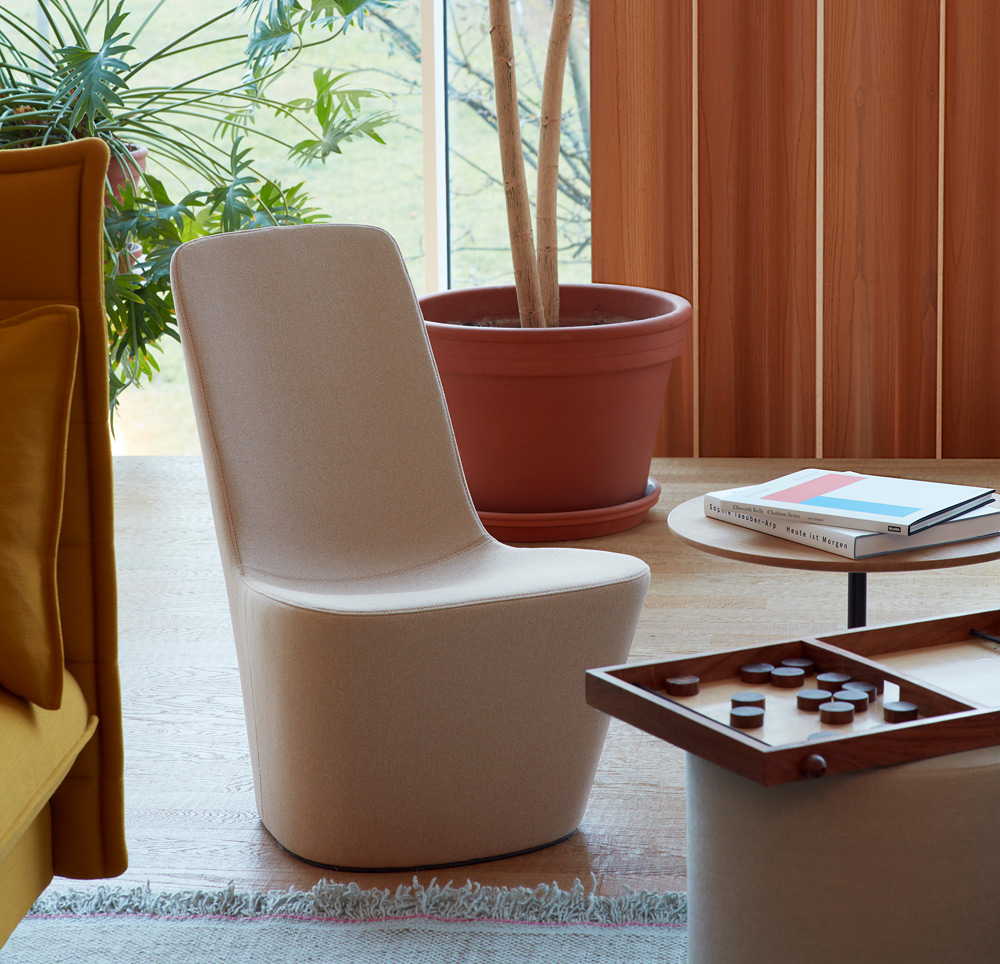 ‘This is the apartment of Allard Pierson, an abstract artist who doesn’t exhibit his sculptures because nobody’s interested in abstract art anymore,’ says Morrison of the 150 sq m scene he’s staged in the light-flooded upper level, ‘so he lives at home with them and occasionally invites people to dinner, to show them his new work.’

Morrison invented the character to inject personality into his presentation, part salon, part studio. Understated, utilitarian designs – like his ‘Place’ sofa and ‘HAL’ chair – live comfortably alongside items from other Vitra designers, providing a neutral foil for the bold upholsteries and accessories. ‘This was not done intentionally,’ he says. ‘The intention was to create good atmosphere in as natural a way possible. The balance of neutral and colourful shades is important. Too much colour and the balance would have been off, too little and it would have been boring.’ 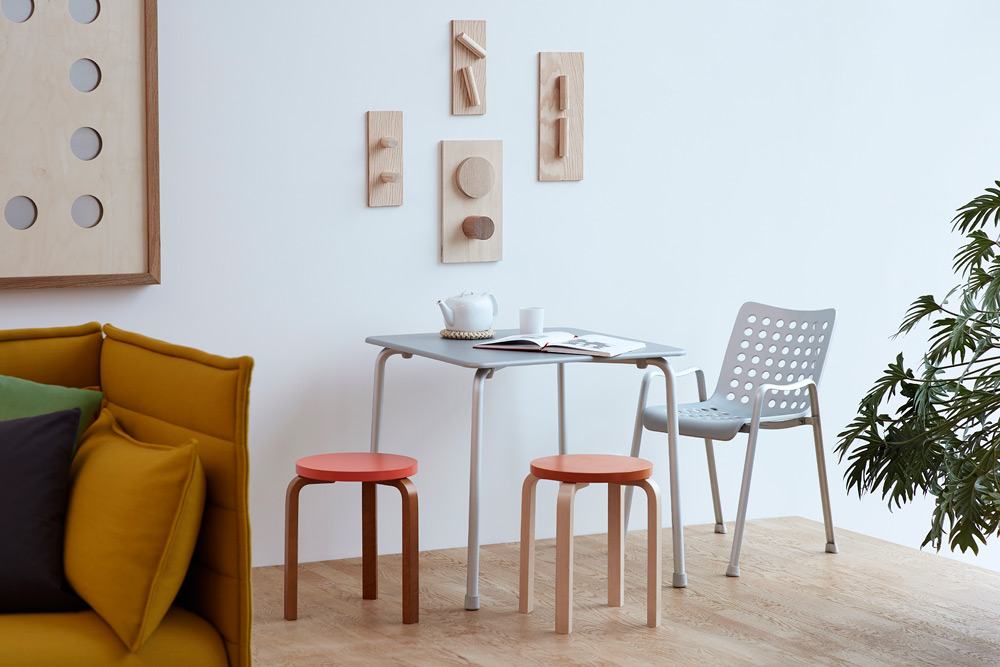 Bold colours were used for upholstery and accessories

Morrison has used a deft and delicate hand in the layout, allowing the sculptural artworks place to breathe. The space joins a similar interior concept down the hall, by Italian designer Antonio Citterio, while Studioilse previously dressed the space for a fictional couple, Harri and Astrid.

Neutral shades were chosen for the furniture

Morrison set up a workshop for Allard Pierson, the home’s fictional inhabitant

‘This is the apartment of Allard Pierson, an abstract artist who doesn’t exhibit his sculptures because nobody’s interested in abstract art anymore,’ says Morrison of the project

The designer suggests Pierson lives at home with his art, and ‘occasionally invites people to dinner, to show them his new work’