On reflection: a mystery photographer’s strangely sensual selfies from 1966 come to light

On view at Los Angeles gallery Blum & Poe, ’November 1966’ is an exhibition of self-portrait photographs created fifty years ago by an unknown photographer. Courtesy of Blum & Poe

A man takes a picture of himself: he stands proudly, arms behind his back, head turned towards the camera, mouth slightly open. The lines of his body are soft, in contrast to the rigid angles of the architecture and brickwork in the backdrop. He is wearing a women’s g-string, frilled at the crotch, flip flops, and sunglasses. 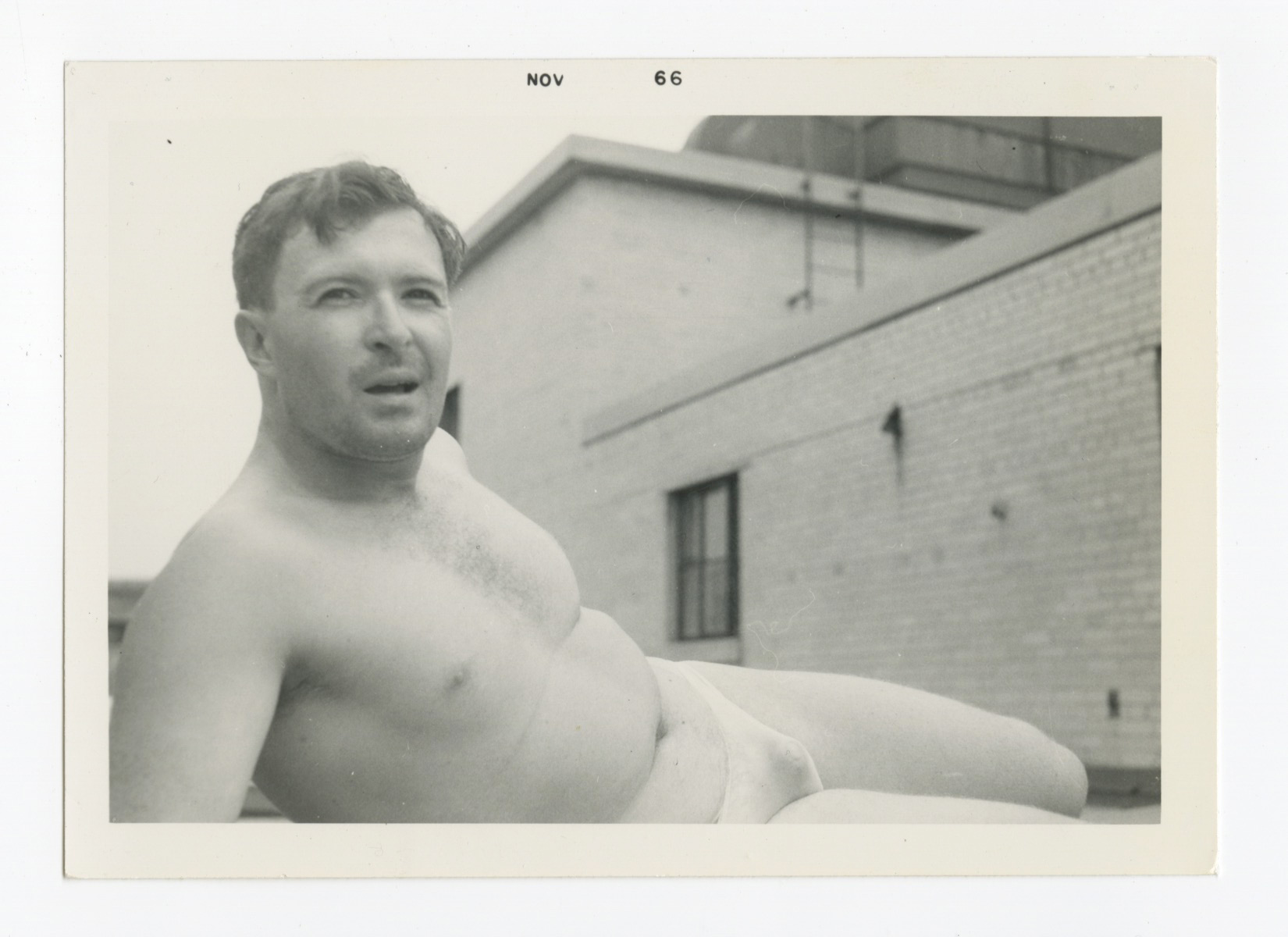 Five decades on, these enigmatic photographs are now in public, hanging on the walls of Blum & Poe gallery in Los Angeles, thanks to Jason Brinkerhoff, an artist who has worked extensively in recent years with outsider photography, carefully sourcing anonymous archives and elevating images that might not have been considered art – even by their creators. 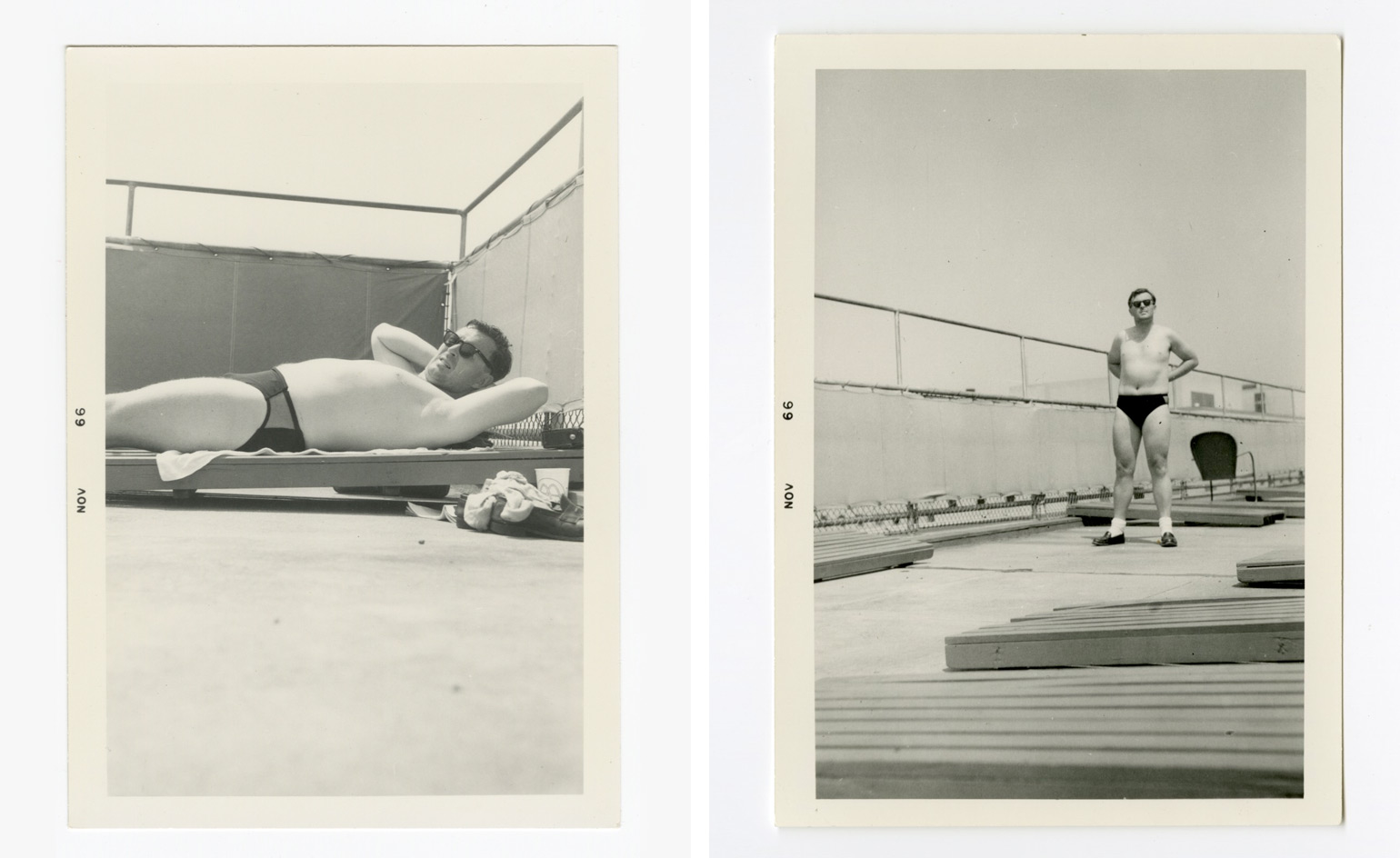 ’The thing that struck me most was the ambiguity of the pictures, I still can’t really understand what is going on or why this guy made these pictures,’ Brinkerhoff explains. ’They’re strange and masculine and I personally don’t read them as homoerotic although many people do. He seems a bit of loner to me, acting out on the rooftop. There’s a lot of ego in the pictures. When I first saw them they reminded me immediately of Martin Kippenberger – his antics – the giant self-portrait of him in his underwear.’

The closest we get to this mystery man is in a picture shot at near range, in which he reclines in barely-there underwear, eyes narrowed and gazing vaguely towards his own lens, hair swept back. The allure of these 50-year-old pictures is in this paradoxical tension, sharing these intimate moments with a complete stranger.

The twenty-eight images at hand show a shirtless man, alone on a rooftop, donning a variety of women’s bikini briefs and underwear

He is seen from multiple vantage points – some poses unassuming and others uninhibited – all the while an undercurrent of 1960s experimental, sexual whimsy pervades

From nearly every corner of the roof stage, we are presented with a panoramic view of the photographer’s performance

’November 1966’ is on view until 17 December. For more information, please visit the Blum & Poe website