Since her storied, mid-1990s video installation Wallfuckin’, Italian artist Monica Bonvicini’s practice has focused on two rather unusual themes: walls and sex. An extensive survey of the Berlin-based artist’s work at Baltic Contemporary in Gateshead combines the two.

‘Monica is keenly aware of how architectural settings give meaning. Be it to us, or to objects, or to art,’ explains curator Laurence Sillars. ‘She’s always thinking about how associations shift according to how things are exhibited.’ This explains the labyrinthine display that overwhelms the museum’s third floor. Bonvicini has not only filled the room with artworks (many of which are newly commissioned) but she has designed and constructed the space in which they’re seen. 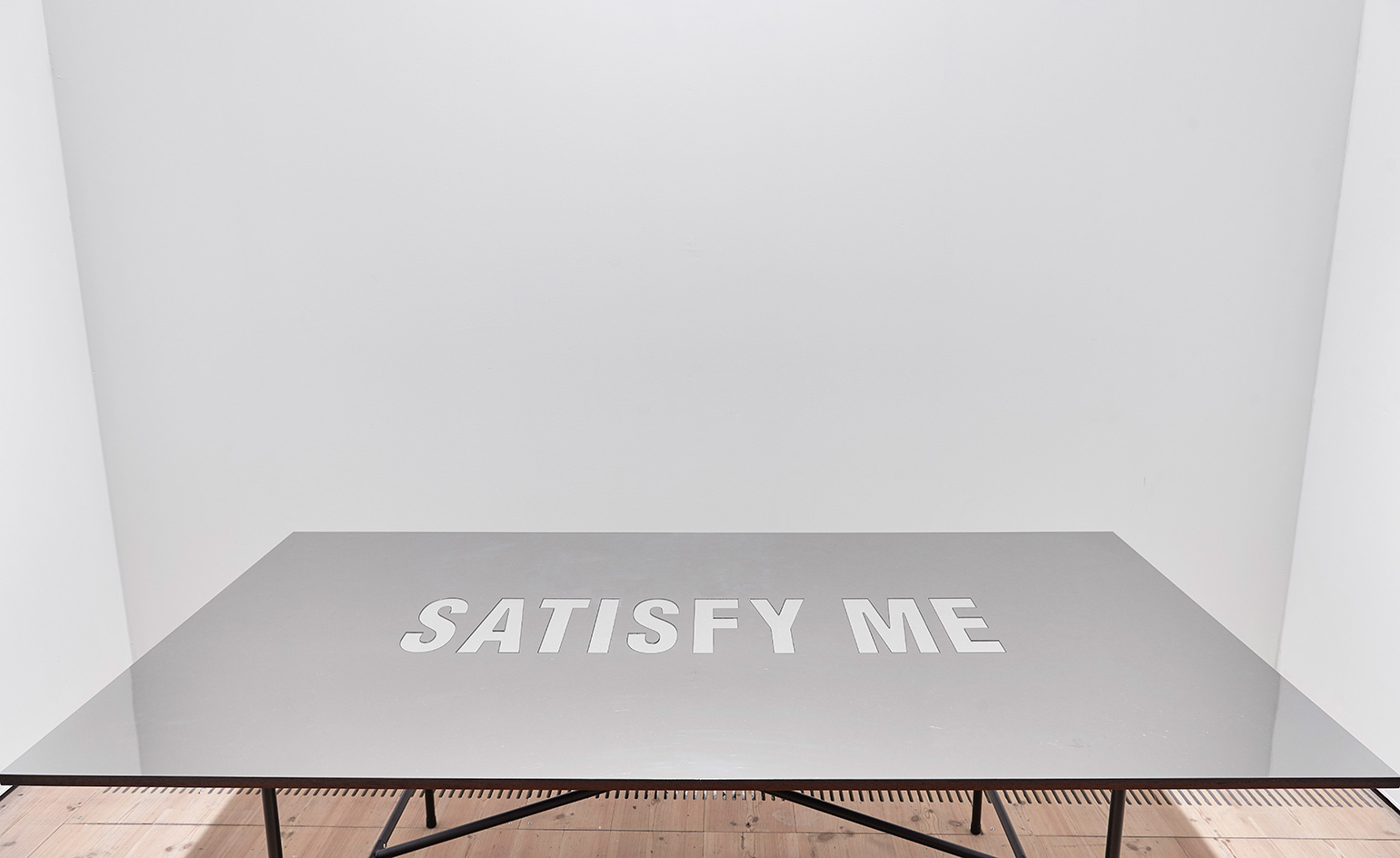 Viewers are initially confronted by a vast unfinished wall, with marker-pen graffiti doodles scrawled on the bare backboards. It’s unclear which direction to turn – as if you’ve accidently stumbled into a construction site, as yet unfit for public view. ’It was a conscious design decision of Monica’s to keep the maze walls raw,’ Sillars explains. ’You can see that the environment you’re about to enter is a fabrication.’

This preoccupation with construction and the process of building is underlined by the first artwork we clap eyes on – an extensive series of plainly framed questionnaires. ‘They were given to people working on building sites without explanation – they were just left to fill them out as they see fit,’ Sillar explains. Questions include, ’Is construction work masculine?’ and ’How do you get along with your gay colleagues?’. Answers range from shocking, to erudite to hilarious. The point is not to prove or disprove negative stereotypes of construction workers, but to ’tease out ideas surrounding eroticism and homosexuality’.

Upstairs, in the exhibition’s concluding half, gone are the maze-like webs of walls, the dark carpets, erotic objects and kinky tableaus. Enclosed, claustrophobic intimacy is replaced by a vast, open space. Viewers are instead confronted by a wall of a different kind – an impenetrable wall of light. Light Me Black (2009) is the most visually arresting piece on display. Hung from the ceiling, comprising industrial strip lights and originally created for the Art Institute of Chicago, ‘the light tubes are the same fittings used in the museum’s backstage areas and offices’, Sillars informs. ’Monica often uses native bits of its architecture in the artworks.’ 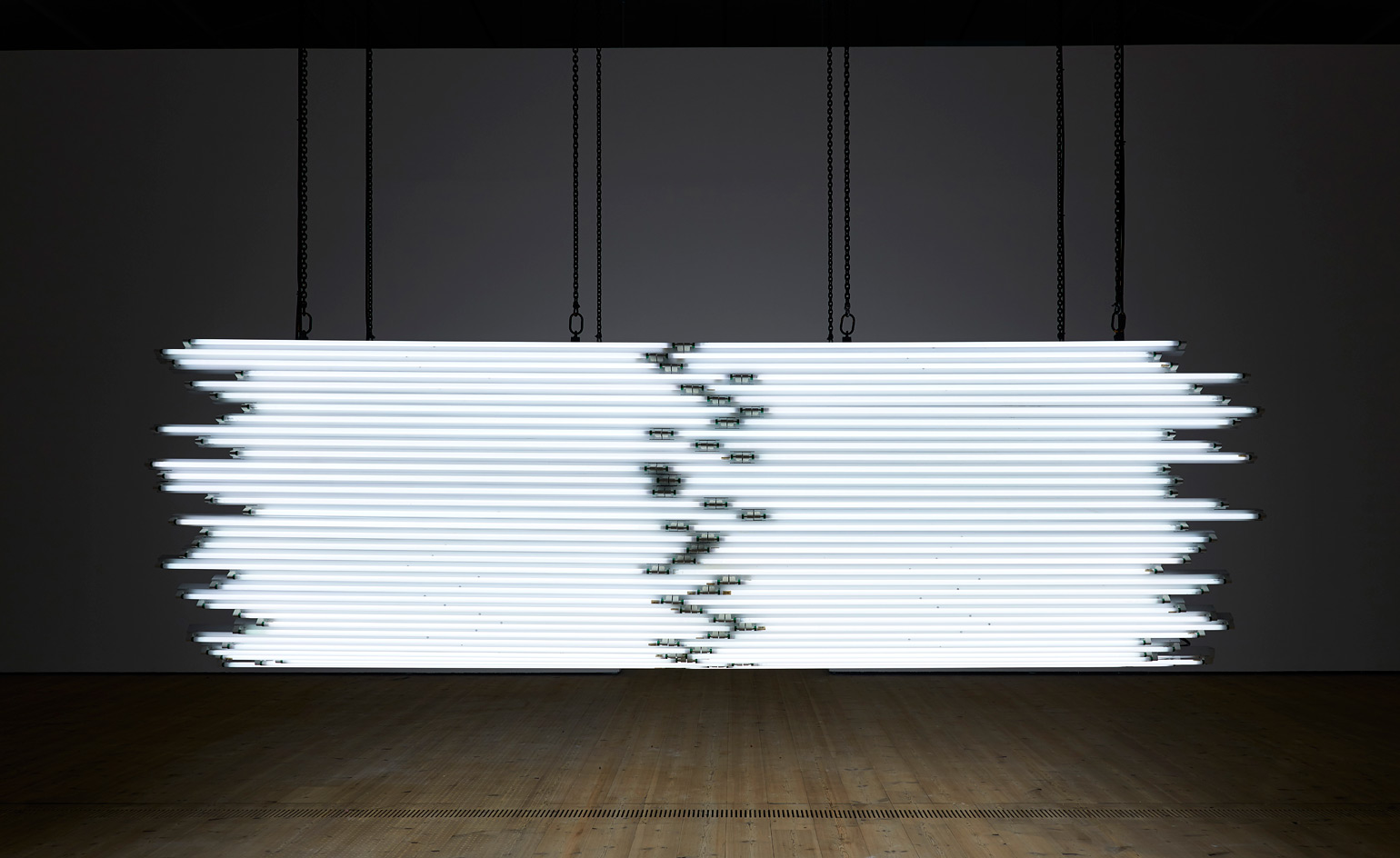 She has continued this tradition throughout the rest of the warehouse-like space. The Baltic is a converted flour mill, and Bonvicini has capitalised on the opportunities this affords in the strategic placement of her works. New monochrome paintings are suspended between six structural columns.

Whether architectural divisions are inherently good, bad or ugly doesn’t seem to be Bonvicini’s concern. She’s more interested in the effect these walls have on the acts going on in between them. With chants of ’Build the wall’ still reverberating around global news outlets, now seems like the perfect time to think a little more deeply about the philosophy behind building partitions, and what bricks and mortar actually mean for the people left on either side.

’Monica Bonvicini: her hand around the room’ is on view until 26 February 2017. For more information, visit the Baltic website