Our April issue heralds a cathartic return to a place much-loved by Wallpaper*, the Richard Meier Model Museum – the location for our ‘Geometry Class’ fashion story, shot by photographer Anna Alek. Capturing our model among Meier’s architectural designs, Alek channelled the tactile and liveable experience that models bring to the architectural practice.

The permanent 15,000 sq ft gallery designed by Meier at Mana Contemporary in New Jersey, a place we visited in 2014 when it opened, is where the history and style of the firm reveals itself in miniature form. Walking through the space, visitors can tour a breadth of Meier projects scattered across the globe, from the 1960s to the present. 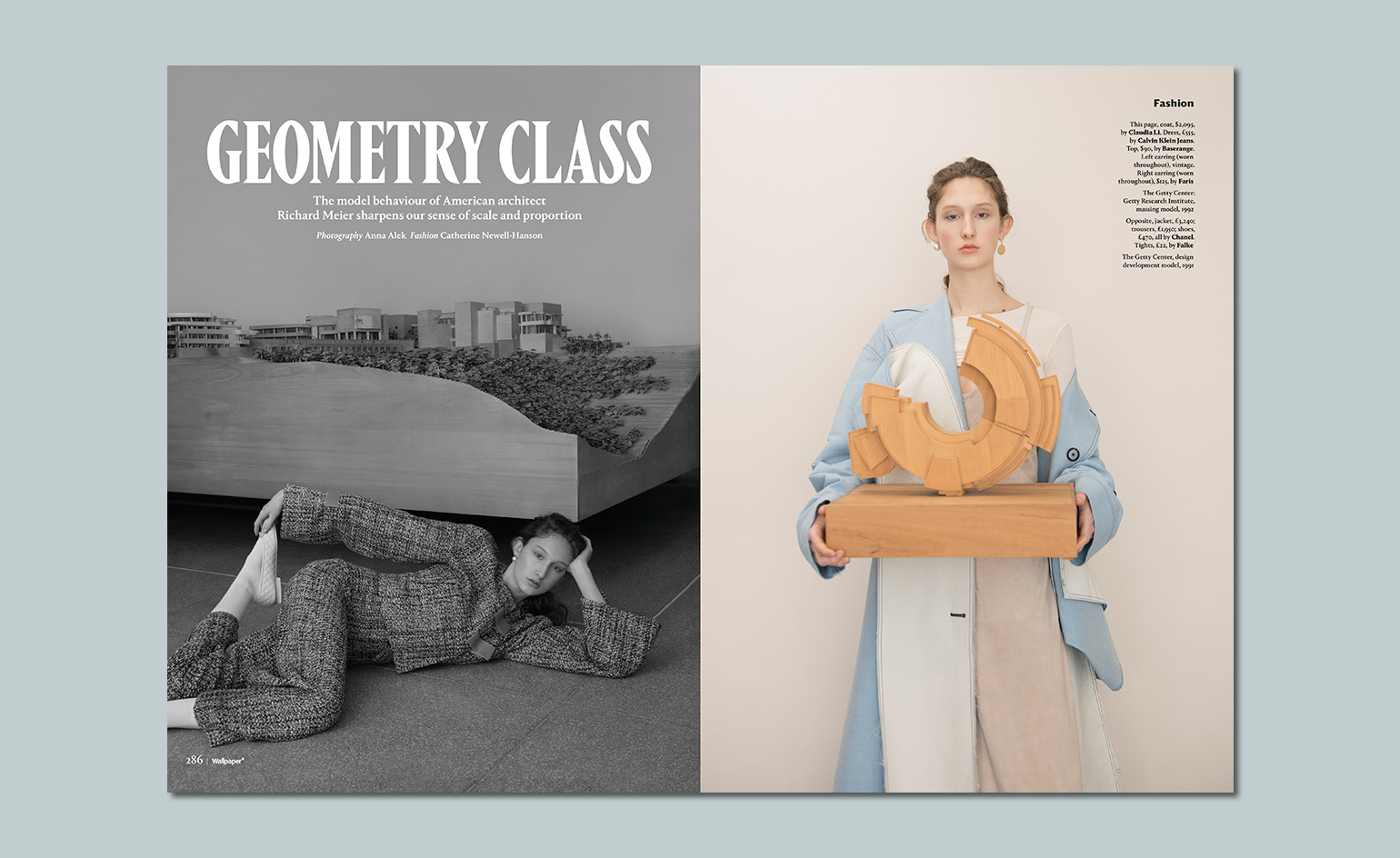 Models of built and unbuilt projects have been curated by Meier himself, who often returns to the display, just to walk around. ‘It’s interesting to me because it gives a kind of remembrance,’ he told W*, when the museum was located in its former location in an industrial space in Long Island City, New York.

Signalling the transition of a project from the imagination and drawings on paper to the physical realm, model making is a significant part of the architectural practice – the first dress rehearsal, if you like, when a building steps up for critique.

Some projects – such as Meier’s competition designs for the World Trade Center Memorial, New York’s Avery Fisher Hall (now the David Geffen Hall), and the Bibliothèque Nationale de France – never progress beyond model stage; while others, such as Meier’s Getty Center in Los Angeles (the largest model in the gallery at 21ft x 37ft x 5ft), have gone on to become icons of design.

The creations featured in April’s shoot include several models of the Getty Center, the purpose of the maquettes communicating everything from topographical information to experimental architectural ideas, bridging imagination and reality.

Portrait of Richard Meier from the April 2014 issue of Wallpaper*

One of the most recent additions to the museum, the Kanai Retreat model. Courtesy of Richard Meier Partners Architects

The model of Richard Meier’s Getty Center (actual version pictured), completed in 1997, is the largest in the gallery. Photography: Scott Frances

The iconic entrance to the Getty Center. Photography: Scott Frances

The exterior of the Hartford Seminary building, the model of which is a recent addition to the museum. Photography: Scott Frances