Southwark’s extensive food/music/retail hub, Flat Iron Square, is now open for business. Left, the tenants of Flat Iron Square. Right, offerings range from Bar Duoro, dishing up Portugese wine and fare, to Where the Pancakes Are

Five or six years ago, the proliferation of ‘street food’ in London was cutting-edge stuff – initiatives like Petra Barren’s Eat St and the Young British Foodies, and start-up traders like the original Meatwagon, the Rib Man and Big Apple Hot Dogs (among many others) popping up and pushing filthily delicious envelopes across the capital.

These days, not so much. With nearly every street food trend in its third or fourth wave and a Kerb-style market on every east London street corner (Model Market and Hawker House notwithstanding), it’s become more of a cynical marketing exercise than a movement.

So when the redevelopment of Flat Iron Square – a desolate little space set in and around a set of railway arches off Southwark Bridge Road – was announced, more than a little scepticism would have been forgiven. Luckily, such worries are quite unfounded. For a start, the new gastro/cultural/retail hub has been developed under the auspices of Benjamin Scrimgeour and Jon Spiteri – the former a mushroom farmer and long-time owner of the site, the latter one of London’s most indefatigable maître d’s and restaurateurs (he helped set up the French House Dining Room and then St John with Fergus Henderson, as well as helping in the 2012 re-launch of Quo Vadis, for instance). Here’s he’s been responsible for curating the extensive food offering and managing the bar. Pedigrees don’t come much better than that. 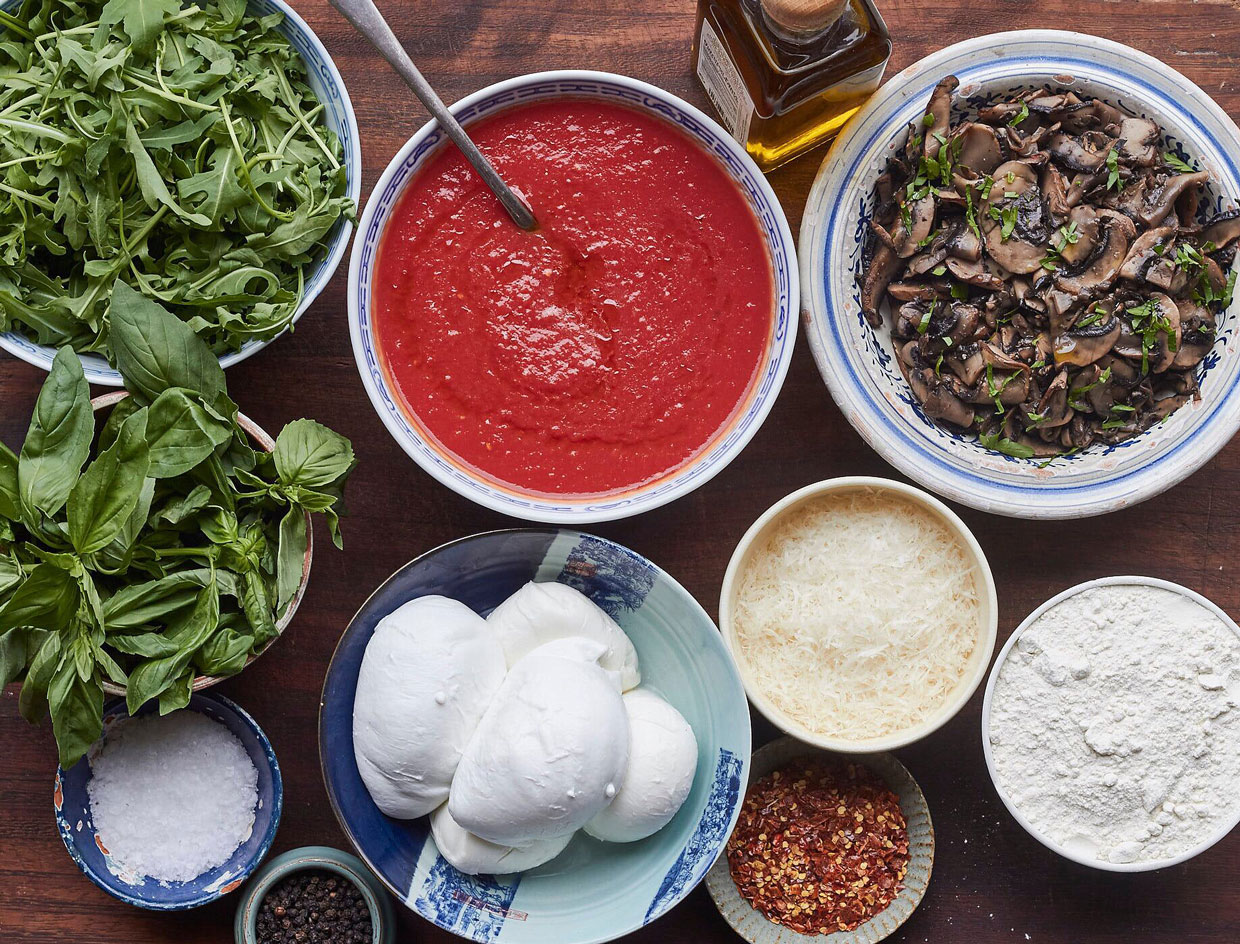 Secondly, it’s an imposing, sprawling space, comprising lofty arches, slivers of outdoor space, openings onto both Flat Iron Square itself and Southwark Bridge Road, and an expansive warren through the Grade II listed Devonshire House. Its history is no less intriguing: Scrimgeour originally operated a mushroom farm in the arches, back when Southwark was a relative no-man’s land between Borough Market and Waterloo. With the onset of rave, it became a club space under various names. Now, the lofty enclaves have been reconstituted as a cultural hub, revolving around a European-style open-air bar inspired by Scrimgeour’s time living in Barcelona, run by Spiteri and his son Fin, and serving a wealth of craft beers, sour beers, wine and cocktails on tap.

But before the main draw – the grub – let’s get the other stuff out of the way. A key part of the site is Omeara, a concert venue and theatre conceived and run by Mumford & Sons’ Ben Lovatt (the Mumford connection continues with South West Social Club, an airstream trailer from which River Cottage semi-celeb Gill Mellor dishes up meat from Marcus Mumford’s Devon farm), which describes itself as a ‘sprawling foreign land with life and love in the fabric of its being’. We’re not sure what that means, but it sounds beguiling nonetheless.

Patricia Tjibits’ Where The Pancakes Are is undeniably the most polished offering of the lot – a Scandi-chic little café space at the entrance of the complex, marked by warm wooden interior tones and elaborate hanging planters (even the bathrooms are pretty) dishing up superlative buttermilk pancakes, and set to become a Southwark breakfast staple. 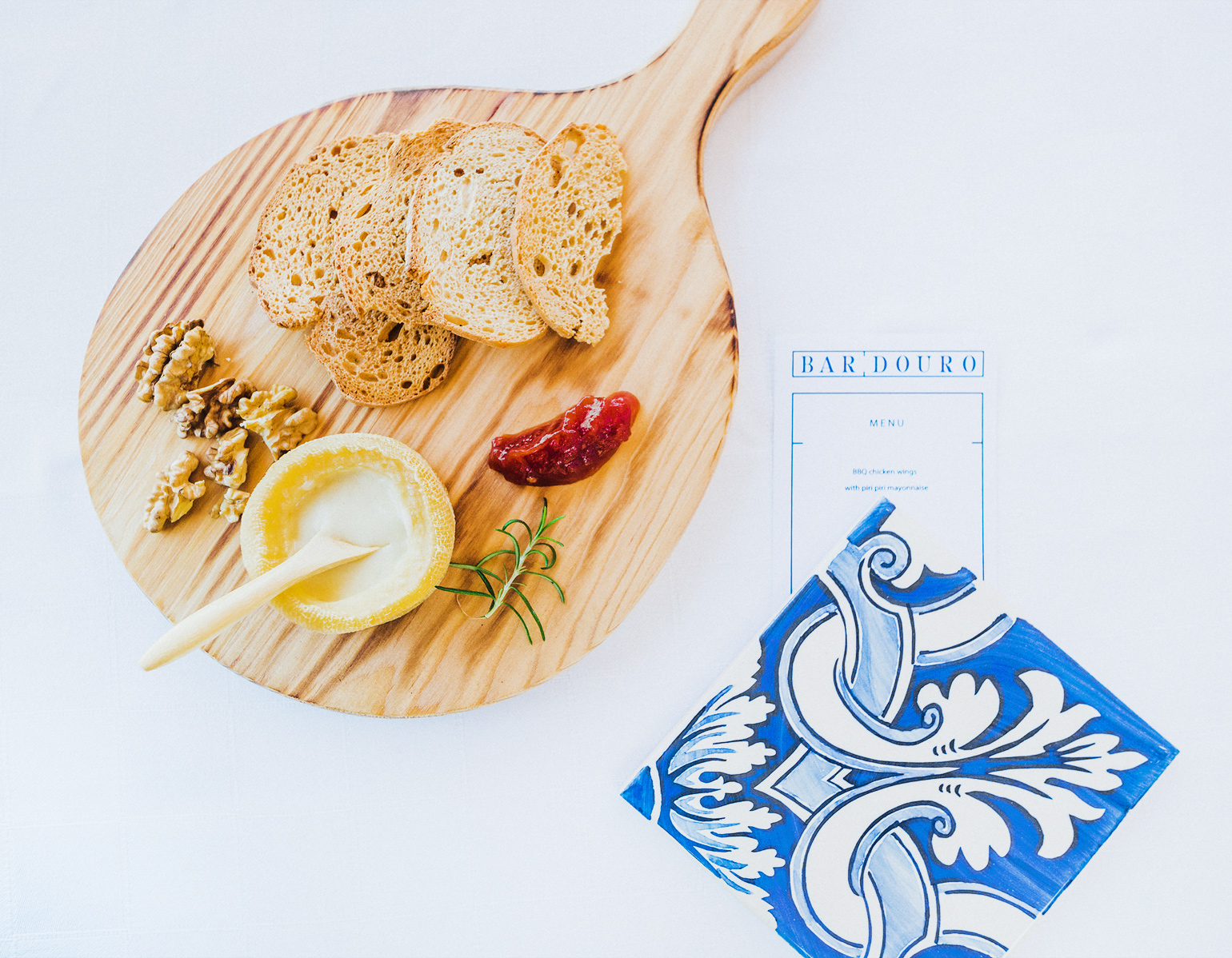 The Low Line area outside of the arches sees residencies from Cantina Carnitas serving superlative Mexican tacos and burritos (the naga ghost chilli mayo was irresistible even on our early-morning visit); the aforementioned South West Social Club (we tried a genius offering of chicken, celeriac puree and capers on sourdough toast, slathered with a riff on chimichurri); and Laffa, serving up Levantine market food (a pitta stuffed with chicken livers, potato and tahini was a highlight).

Opposite these is Bar Douro, a Portuguese bar/restaurant founded by Max Graham and chef Tiago Santos. Set on two levels, the kitchen area downstairs sees bar seating and curved, communal table along the window (designed so groups can have a but of intimacy while still sitting with strangers), decorated with bespoke pictorial tiling and warm Portuguese granite; the mezzanine a more compact dining area bordered by the wine stores.

Heading through the bar and into the open-plan areas of Arch 32 and Devonshire House, the gourmand grab-bag continues with a series of permanent ‘stalls’: the first London outpost from Tatami Ramen, a Barcelona-based start-up from Hugo Lonsdale; Manti dumplings from Mike and Ollie (of Brockley Market and Queen’s Camberwell fame, the former being arguably the best street food stall in the capital); a contemporary Spanish concept from EDū; Roman-style thin, crisp pizzas from Somerset’s Baz and Fred (intriguingly cooked in bespoke, single pizza ovens, design by Fred’s uncle, and comprising an individual pizza stone in a metal dome that sits on a gas hob); Berwick Street Market’s Savage Salads; authentic Chinese dumplings and Malay and Indonesian fare from Ekachai; and sourdough from the Burnt Lemon Bakery (who’ll also be using a host of unfortified flours from older regional grains). 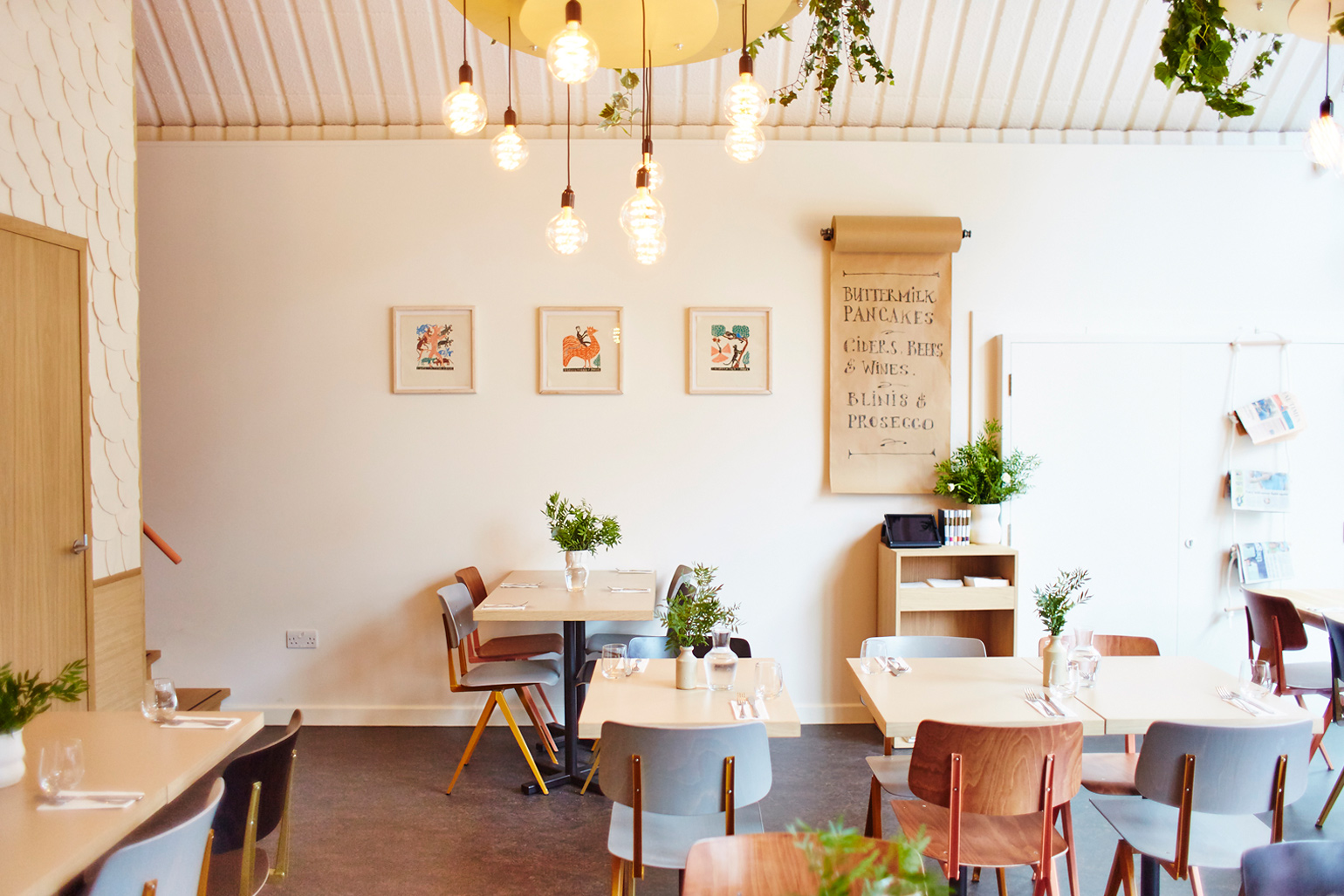 It’s the first permanent location for Where The Pancakes Are. Photography: David Loftus

Elsewhere, family leathermaking start-up Tinct has occupied an austere, antiquey little front room space in Devonshire House (a boutique showroom in the day and a space for craft workshops in the evening), and there’ll be a weekly flea market out back.

It’s a sprawling, impressive set and the natty level of curation is startling. The finishing touches were still being added on our visit (the term ‘building site’ wouldn’t be unfair) but the potential is undeniable. Southwark’s Bankside area is increasingly becoming a foodie haven – there are Hix and Ramsay outposts nearby, Caravan has just opened and the acclaimed pizzeria ’O Ver is just across the road – but once bedded in, Flat Iron Square promises to become the borough’s gastro ground zero.

Wrap makers Mike and Ollie are behind the Manti dumpling stall

A key part of the site is Omeara, a concert venue and theatre conceived and run by Mumford & Sons’ Ben Lovatt. Photography: Georgina Jackson