For A/W 2017, Philipp Plein moved the location of his spectacular runway shows to the New York Public Library in Manhattan

With over-the-top theatrics and famous special guests, Philipp Plein’s Milan Fashion Week runway spectacles have become one of the most anticipated events on the fashion calendar. But for A/W 2017 – after conquering Russia, the Middle East and China, the markets that have contributed to Philipp Plein’s flashy eponymous ready-to-wear line, and earnt €200 million in revenue in 2015 – the designer set his sights on the US, staging his first combined men’s and women’s shows at the New York Public Library in Manhattan.

For his New York Fashion Week debut, Plein pulled out all the stops. ‘I wanted a new challenge,’ he explains of the location of the show, which celebrated Plein’s pop culture-heavy personal vision of America, and featured live performances by Nas and The Kills. ‘America is a new market with an enormous potential. We are opening new stores there, and planning to continue our expansion. Strengthening the relationship with this country is so important for my business.’ 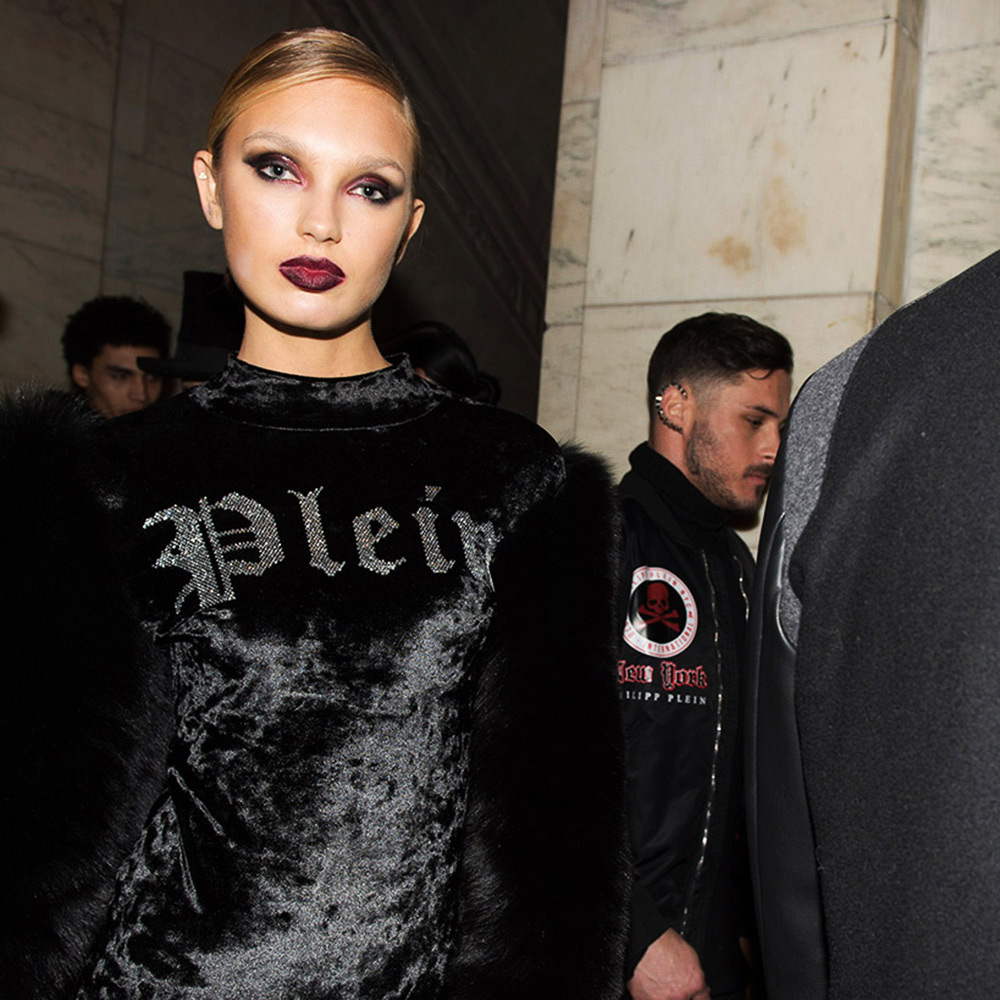 Plein tapped Carine Roitfeld to style the show, Evelien Joos to cast it, and Simon Costin, the mind behind his elaborate Milan sets, to transform the historic public library venue. ‘I wanted a contrast with the classic atmosphere. I wanted music, I wanted a dinner and an after party’ explains the German-born designer, who got his first taste of American culture while watching and listening to its music and television growing up in Munich.

His A/W 2017 show was a tourist-inspired and hip hop-loaded vision of New York, one perhaps perceived by Plein on an early visit to the city with his parents, featuring trips to the Statue of Liberty, and a walk through an illuminated Times Square. ‘It really represented my love and appreciation of all things American,’ he says.

At the Fifth Avenue entrance to the library, guests were greeted by the guitar-wielding Naked Cowboy – one of Times Square’s most famous performers, an Elvis impersonator, and lines of women dressed as Lady Liberty. Inside, vertical neon lights formed a circle beneath the rotunda, serving as the night’s centre stage. Chain link fences lined its halls, with neon white lights featuring phrases like, ‘Everyone wants to eat, but few are willing to hunt.’ 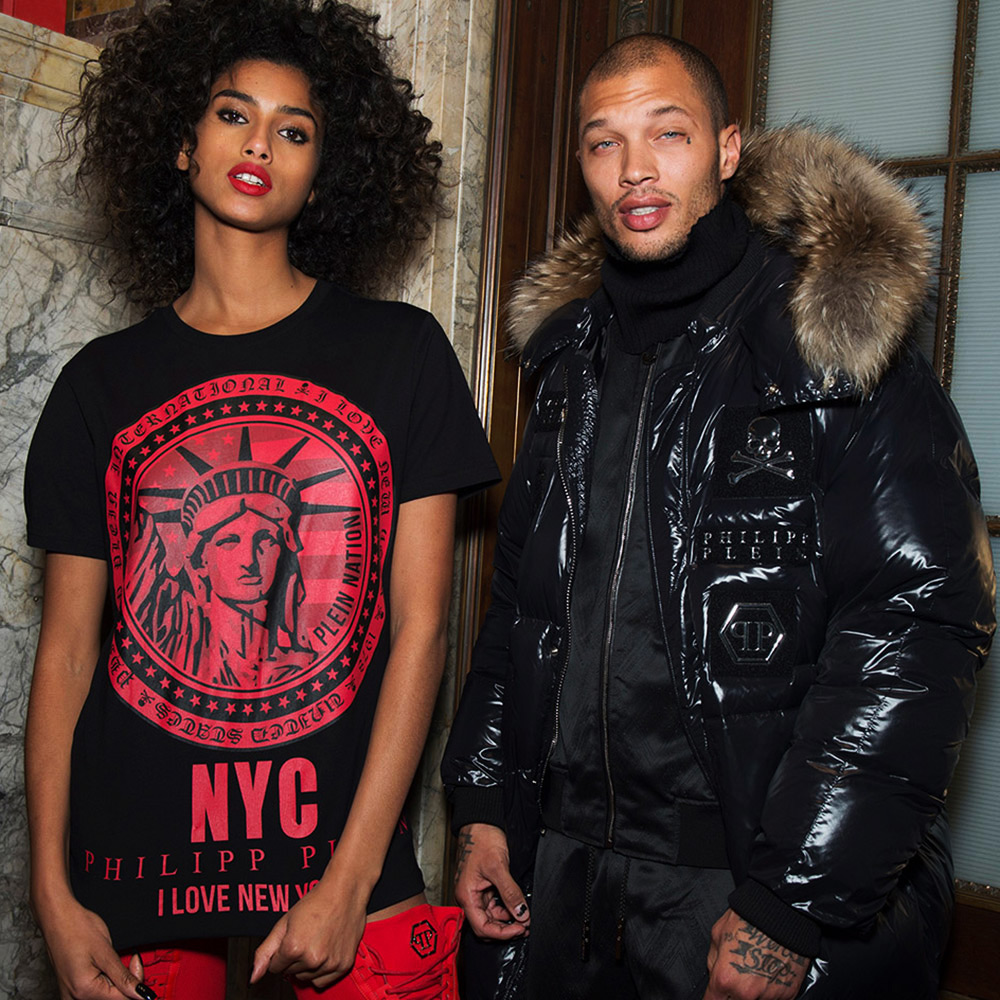 Each seat was equipped with a thick lookbook with the phrase ‘Let’s make NYFW great again,’ on its cover. This greatness was envisaged by Plein in a collection comprised of oversized puffer-jackets, mink furs and chinchilla heeled boots. Pieces were finished with dollar bill, Statue of Liberty and FBI symbols. ‘I imagined people from all of these different neighbourhoods and how they would look, and what they would wear’ the designer says. ‘With a Philipp Plein spin of course.’

Contemplating the success of the show Plein professes, ‘An amazing casting, a prestigious venue and super performers made our show unique. I’m bringing a new element of fun and craziness to such an overtly selective market.’

An ode to his pop-cultural image of America, Plein’s showspace featured women dressed as Lady Liberty

The space also featured neon lights flashing on chain-link fences, and musical performances from CircoLoco, Nas and The Kills