Opening Ceremony and choreographer Justin Peck have collaborated on The Times Are Racing. Photography: Erin Baiano

Instead of presenting the usual runway show for S/S 2017, the New York-based brand opted for a night at the ballet, headlining the presentation after two other performances, Fearful Symmetries by Peter Martins and Pontus Lindberg’s The Shimmering Asphalt. 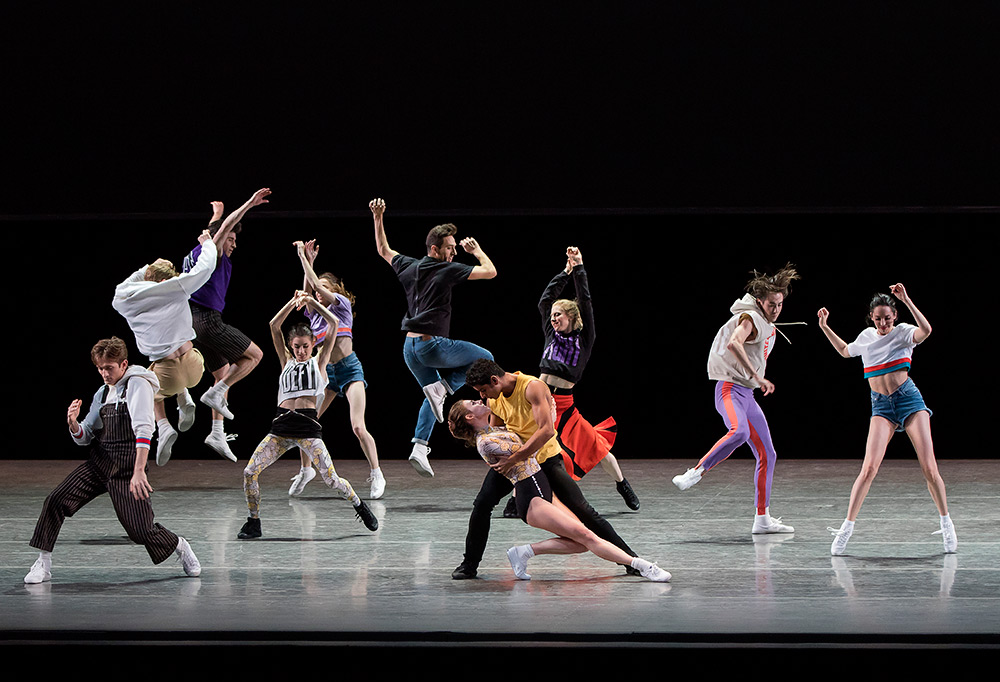 Then came the main act, The Times Are Racing, choreographed by Justin Peck, with a soundtrack by outré electronic musician Dan Deacon, and costumes by Humberto Leon of Opening Ceremony. The piece marks Peck’s third collaboration with the label after New Blood, which debuted at the New York City Ballet’s 2015 Fall Gala, and featured colourful, cutout unitards. The label also enlisted Peck for its S/S 2016 show, which featured members of the New York City Ballet falling and tripping down the runway in a choreography inspired by the usual monotony of the catwalk.

Twenty dancers filled the stage as the curtain rose, eschewing typical ballet costumes for something a little more street-smart. Pointe shoes were dropped for sneakers, while denim jeans and cut-off shorts, crop tops, windbreakers and hoodies took the place of ballet skirts and leotards. Some of the t-shirts, hoodies and tanks carried a defiant one-word message – ‘ACT’, ‘PROTEST’, ‘FIGHT’, ‘DEFY’ and ‘CHANGE’, especially pertinent sentiments considering the charged political climate in the US since Trump took the presidency a little over a week ago. 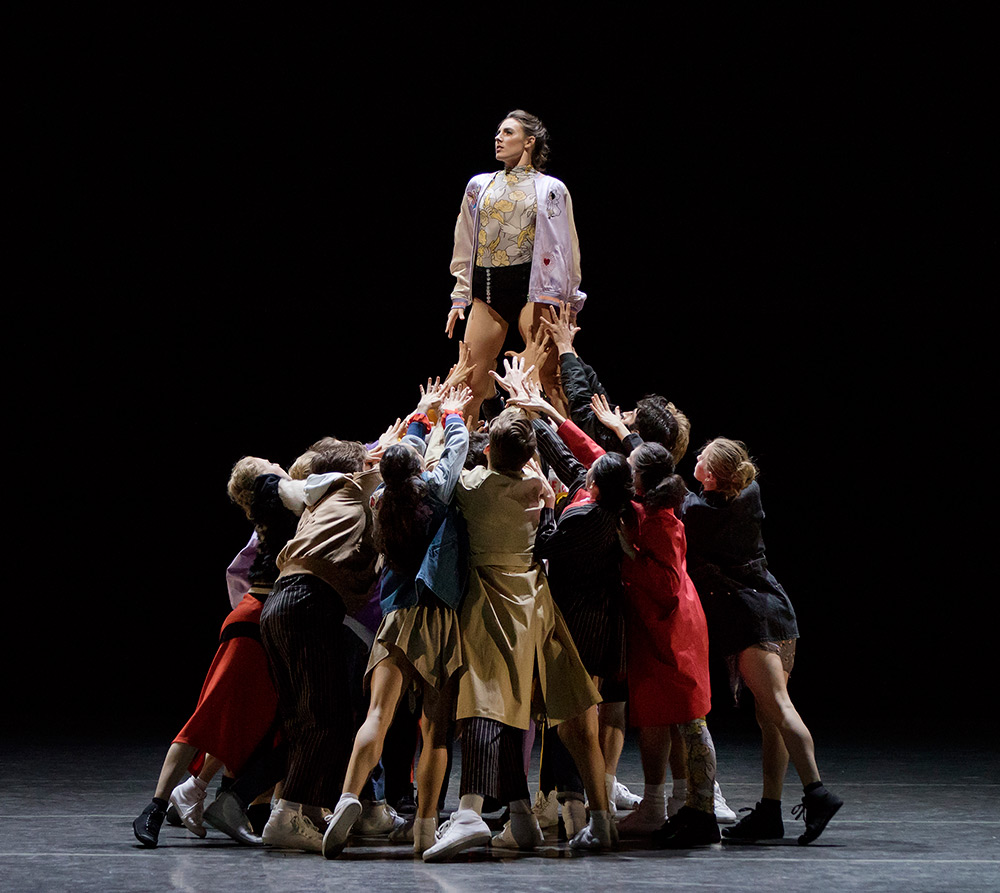 The ballet closed with an energetic group performance, performed to a soundtrack by Dan Deacon

The dancers started out in a big crowd, the soundtrack coming from the final four tracks of Deacon’s 2012 album America. His pulsating beats took over the performance, echoing the mood of the night, before giving way to a more melodic tone as a couple of dancers softened the air with a lighter duet. The piece closed with an energetic group performance.

Opening Ceremony also collaborated with tech giant Google, creating a series of Artworks Live Cases – one of which is covered with the messages of protest against a red background, to coincide with its S/S 2017 collection.