Time to shine: the winning Illuminated River concept is announced

A render of the winning proposal for the Illuminated River competition. Image courtesy of Leo Villareal and Lifschutz Davidson Sandilands

Artist Leo Villareal and architecture firm Lifschutz Davidson Sandilands (LDS) have won the Illuminated River International Design Competition to permanently light up London’s River Thames with their concept ‘Current’, which they will begin work on in 2017. Announced by the mayor of London Sadiq Khan, their winning design was selected from six nominations, whittled down from 105 entries across 20 countries.

Free to all, the concept will become a permanent part of London’s night time culture – seen taking a stroll across Chelsea bridge on a winter’s afternoon, experienced speeding down the North bank in a taxi at midnight or snapped from the sky on a clear night flying into Heathrow. Designing a concept for the night was one of the aspects of the competition which intrigued Alex Lifschutz, principal of LDS: ‘Night time is not just the absence of daylight – the night is a world of its own, and an opportunity to create an entirely different city with its own textures and qualities.’

‘The Bay Lights’ at Bay Bridge in San Francisco by Leo Villareal, whose light works can be found in the permanent collections of museums including MoMA New York and the National Gallery of Art Washington. Photography: James Ewing

Pulsing with the energy of the city, the ‘Current’ consists of a kinetic lighting design powered by a computer code that is receptive to the flow of the water and the movement of pedestrians. A strong believer in the power of large-scale public art, sculptor Villareal worked on ‘The Bay Lights’ in San Francisco (above), a light work that was on display for two years and is now in development as a permanent installation.

The winning formula combined Villareal’s vision with the technical expertise of London-based Lifschutz Davidson Sandilands, who have a 25 year relationship with communities and businesses along the Thames from working on major projects such as the Golden Jubilee footbridges and an urban design strategy for the regeneration of London’s South Bank with the Coin Street Community Builders. 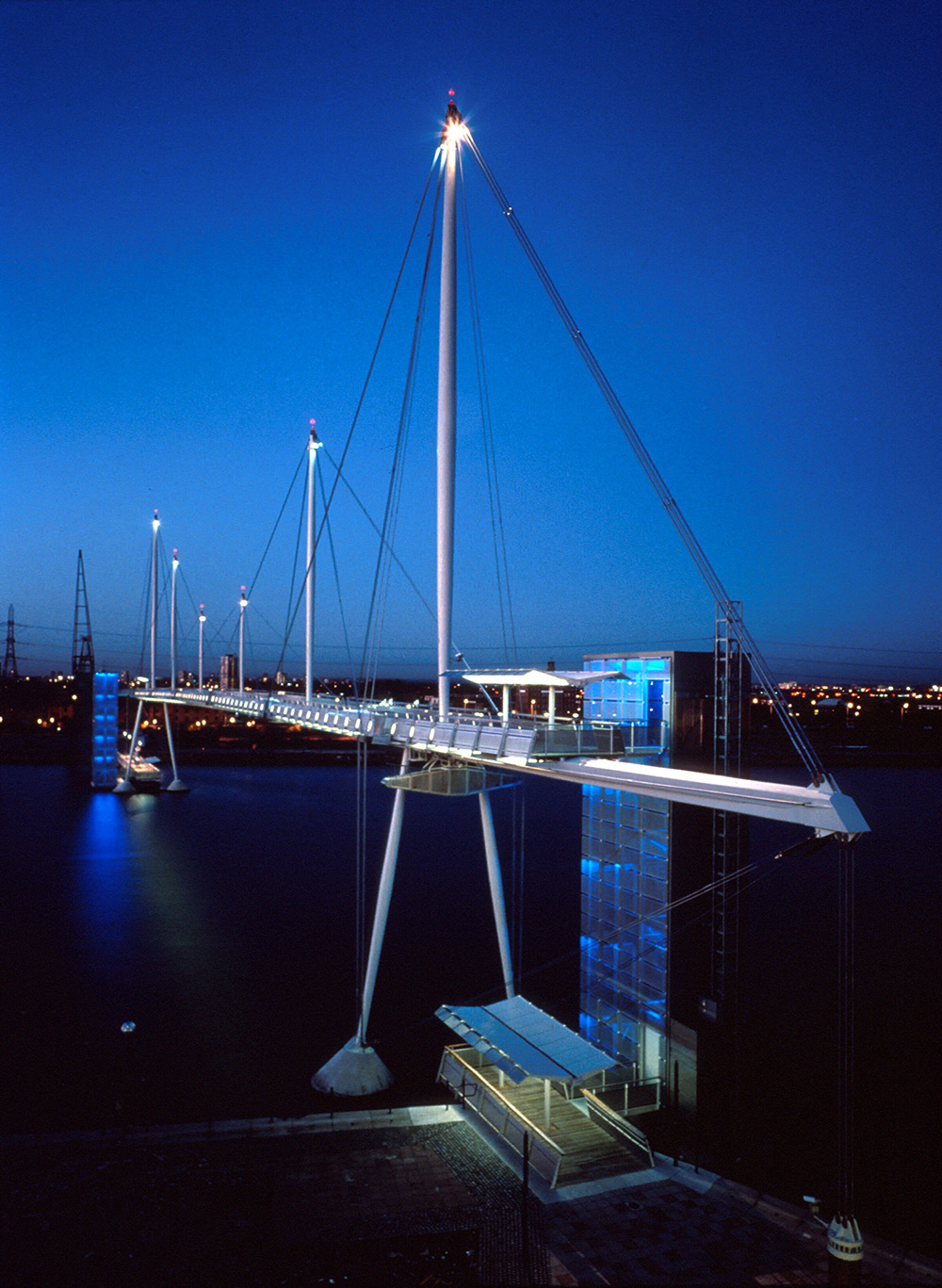 Lifschutz was also keen to reveal the surfaces and structures of London’s famous bridges through site specific lighting responses tailored to the architecture of each bridge. ‘A bridge is a clear, pure piece of design - painting its surfaces and undersides at night time allow us to experience it in the purest way,’ he says. ‘Layered on top of this, subtly changing variations of tone and colour will provide impressions of the water and sky – a very naturalistic and romantic way to experience a very formal object.’

It was Mollie Dent-Brocklehurst and Mark Davy of Future\Pace who paired the two creative forces together, resulting in the conception of ‘Current’. ‘The title came from Leo,’ says Lifschutz. ‘We loved it because it was a simple and straightforward idea and yet it conveys a countless number of things. It’s spare and yet it means so much. In a way, it has many parallels with the intriguing nature of Leo’s art.’

As well as the impressive design scheme, the panel of judges which included master artist of light James Turrell, selected the concept because of its consideration of the environment, taking into account lighting levels and energy conservation to create a sustainable and sensitive masterplan. Villareal and LDS will begin their work in 2017 by studying the river and all of its characteristics in detail, developing the concept with key stakeholders and partners along the river and with the British public.