From sewing to scented curtains, the startling breadth of the first Hepworth Sculpture Prize

Visually, the work of the four artists nominated for the first Hepworth Sculpture Prize couldn’t be more different. Under the surface, the eclectic group share a progressive attitude, a desire to interrogate their materials and a penchant for audience interaction. Just a few reasons they’ve been chosen for this pioneering award – the first of its kind in the UK to focus on innovation in contemporary sculpture.

David Chipperfield’s commanding architecture creates a natural gravitas around exhibitions at The Hepworth Wakefield. This one feels more important and timely than ever thanks to the prize’s high stakes. The £30,000 award will be judged by a panel including Chipperfield himself and announced on 17 November. What’s more, the winner will be forever linked to the esteemed mother of contemporary British sculpture, Barbara Hepworth. Accolade indeed. 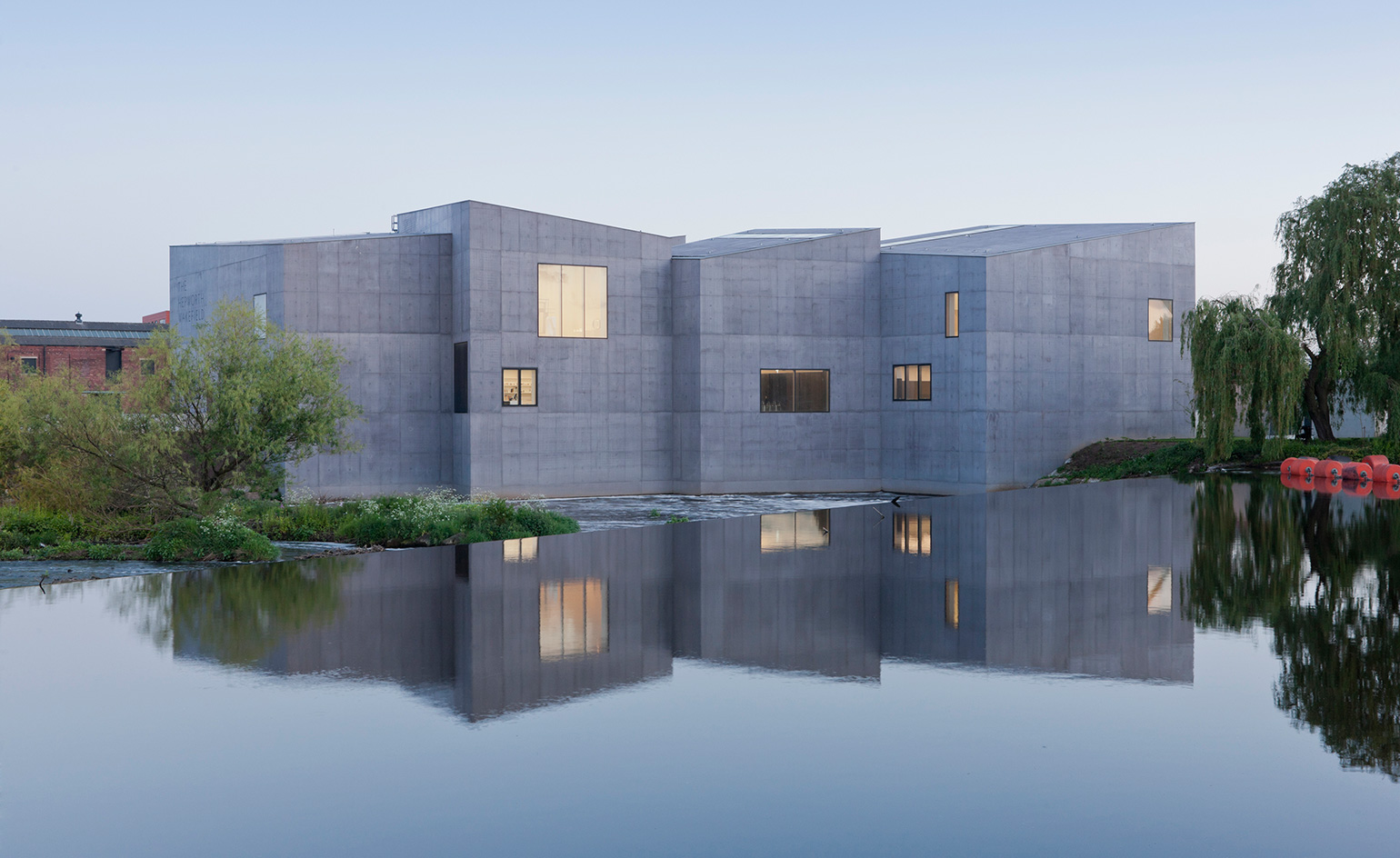 As well as innovation, diversity is key to the award, aided by its limitless age parameters. A good job, because apparently no one knows the eldest entrant David Medalla’s exact age. It’s in the region of 80, his assistant informs. Still sketching with veracity (even during the press walk through), the Filipino-born artist could be mistaken for someone much younger. His enthusiasm is reflected in the effervescent sculpture Cloud Canyons, a kinetic work comprising a muddle of transparent tubes that emit torrents of soap bubbles. Kept sensibly away from these is his other offering, A Stitch in Time – a room full of hanging linens that visitors are invited to thread messages into, in a sewing box of colours. It’s just as entertaining today as when we reviewed it earlier this year.

Medalla, his celebrated career unspooling before us in this two-part display, is an early tip for the ’people’s choice award’, to be announced at the end of the show’s run. On the other hand, Dalston-based Steven Claydon is seen by some as the left-field critics’ choice. His probing work is essential to the award’s premise of innovation. Fittingly, his space in the Hepworth is entered through a curtain of plastic orange sheets imbued with citronella – ’a pernicious membrane’ – providing a refreshing, if pungent, redefinition of what sculpture is.

Moving past the wall of Claydon’s fluorescent blue lights and through another orange curtain, we enter Helen Marten’s space. It’s been a great year for the 31-year-old from Macclesfield. Her imposing works slide from 2D to 3D with an elegance fit, appropriately, for the Turner Prize 2016 shortlist – the winner of which will be announced in December. Like Claydon, her work hits the prize’s progressive brief. ’Marten is truly interrogating sculpture,’ chief curator Andrew Bonacina explains. ’From the words, ideas and thoughts that go into her months of research, into the 2D silkscreens, which push out into space through sculptural "appendages", as she calls them, it’s a material journey.’

Bonacina has saved the most arresting work until last. Phyllida Barlow ’takes over the architecture’ with a reconstruction of her monumental 2013 work screestage, created for Des Moines Art Center. ’The idea of re-installing a work I’d already created some years ago was exciting,’ she explains. ’This space has a completely different dynamic; conflicting angles, which of course, I love.’ Her room is entered through a door positioned directly under the abstract, architectural work, and visitors must duck under tiles of cardboard and polystyrene, not seeing the decorative, colourful roof until they’re deeply immersed. ’I wanted it to be a surprise,’ the artist smiles.

It’s all too easy to pick a favourite based on the works on show at The Hepworth, but it’s important to remember that the award will be judged on life-time achievement and contribution to sculpture, as well as what we see in the galleries. With this in mind, we’re sensibly hedging our bets as to who will clinch the prize. To a certain extent, it doesn’t seem like the most important thing. That the prize exists at all is cause for celebration, and we hope it returns next year with even more bubbles, citronella, material interrogation and surprises.

’The Hepworth Prize for Sculpture’ is on view until 22 January 2017. For more information, visit the Hepworth Wakefield website