Silver age: Not Vital brings his imposing sculptures to Pantin

‘Poles’, the title of Swiss artist Not Vital’s latest solo exhibition, refers specifically to a group of new works posing against the walls within one of the vast halls at the Pantin outpost of Galerie Thaddaeus Ropac. Since nearly all of these sculptures extend beyond 3m in length, visitors will first see themselves reflected in the narrow steel shafts. But then, once their gaze is forced upward, they’ll discover the artist’s various representations of himself and his commanding body of work.

There’s his vertical tongue in its familiar stiffened state; a miniature of his 2015 work House to Watch the Sunset, a striking mirrored structure (and the purpose of which is implied); one model of his own head sprouting five ears, and another endowed with three noses; and another that resembles the show markers dotting the hills of his native country. Occupying the width of the far wall, Modern Medieval and Modern Medieval II appear faceted like cubist battering rams – or else enormous crystal sugar sticks. Indeed, their height is what makes them particularly curious, as they are just tall enough to feel imposing; otherwise, they might as well have been toothpicks. 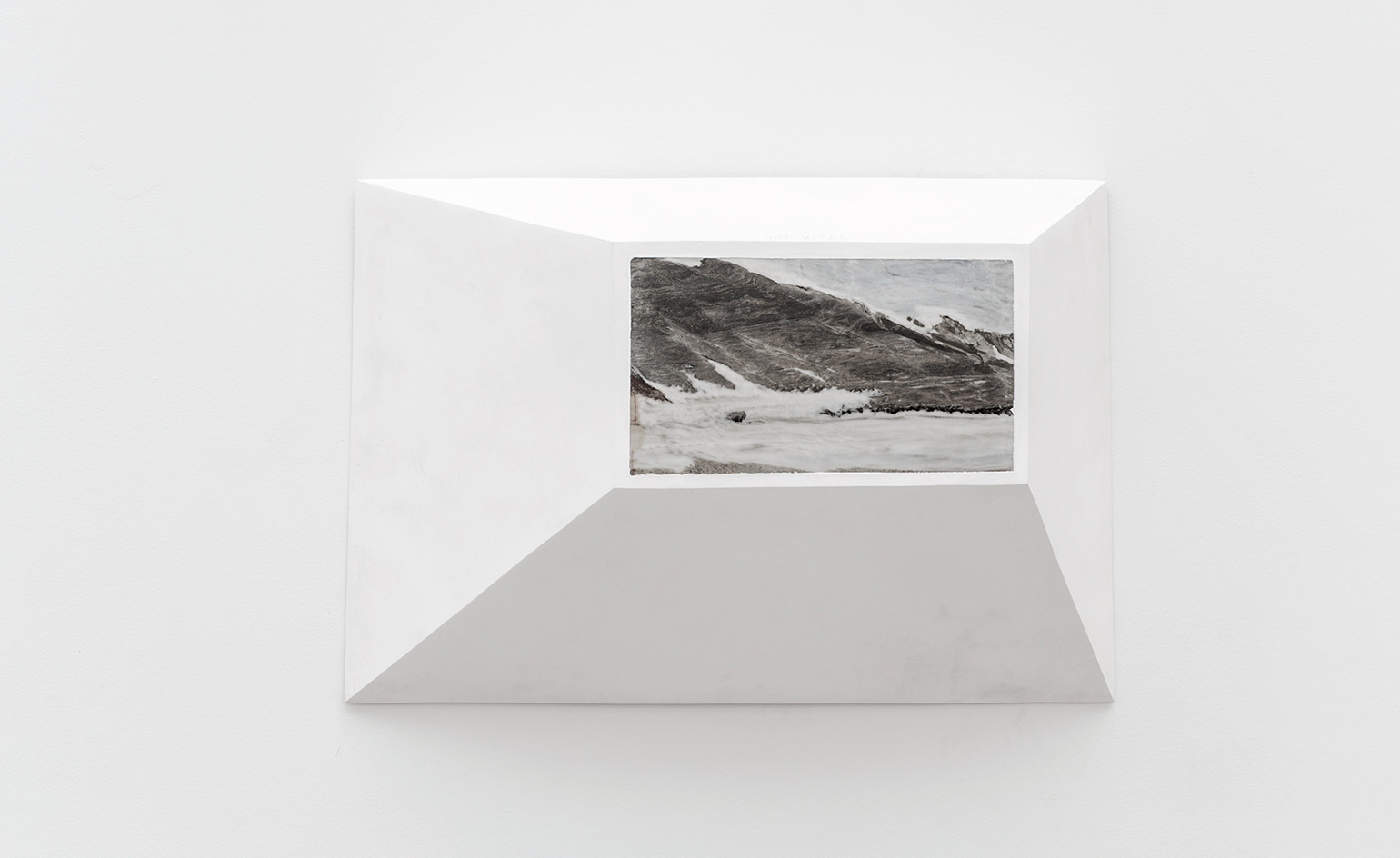 Vital, who returned to his principal studio in Beijing not long after the show’s opening, flips the notion of scale with another grouping of new works in white marble and plaster that depict sweeping wintry landscapes within the striations of the stone, as projected outward from irregular cube frames little larger than an iPad. Although abstracted and minimalist, they neatly reduce an imposing impression of nature into a contained view.

‘Poles’ arrives on the heels of Vital’s expansive exhibition at the Yorkshire Sculpture Park last year. Among the works that reappear here are Let 100 Flowers Bloom (2008), which consists of as many unique, 3m hammered stainless steels lotus buds laid lengthways throughout the gallery’s right-hand hall (its name refers to a Chinese propaganda campaign that catalysed from a speech by Mao Zedong in 1956). For obvious reasons, his humongous sculpture of a camel pelvis, also from 2008, has been positioned just outside the entrance. Depending on the time of day, the shape of his polished, silvery bone structure casts an unwitting facial shadow on the gallery’s exterior brick wall that is wickedly fun. 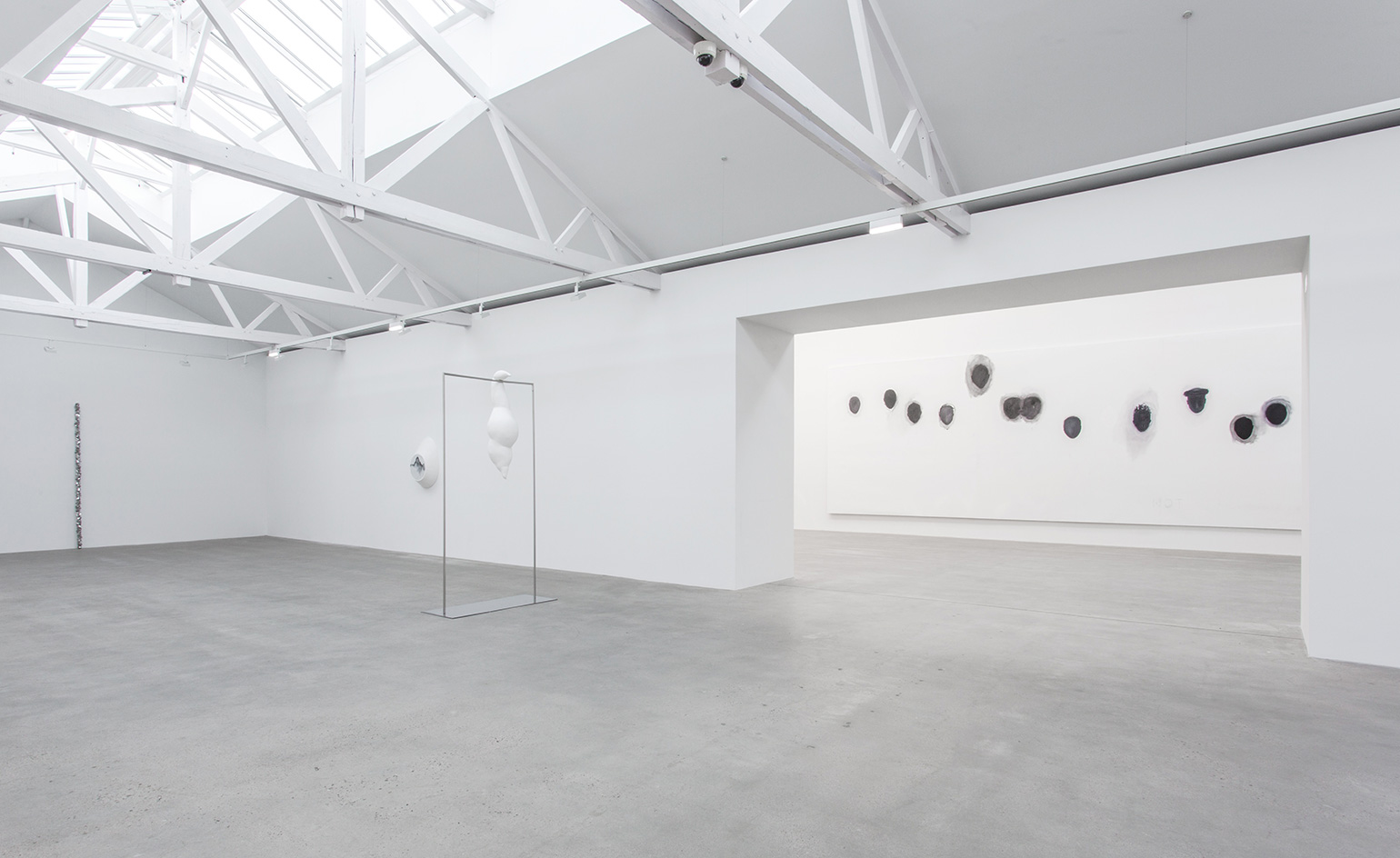 On the subject of shadows, a bronze stag’s skull titled Nietzsche (2015) spells the philosopher’s name as eerie lettering on the wall thanks to the tips of the antlers. If it is tempting to look for nihilist meaning – or else, the Übermensch – in the work, the impact is at least satisfying in execution alone.

The same could be said of Sta(i)re(s) from 2013, whereby visitors confront a steel sculpture stepped nearly up to the gallery’s ceiling. Rather than take a selfie – which for some, will prove too irresistible – those who stand before it should consider a more engaged reflection, whether of oneself or of Not Vital’s raison d’être. The powerful purity of its form has the potential to put things into perspective, to push one’s mind to new heights.

’POLES’ is on view until 18 March. For more information, visit the Galerie Thaddaeus Ropac Pantin website