The recent LA Legends panel at the Broad Stage in Santa Monica was billed as the first collaborative arts initiative between the Broad and Sotheby’s Institute of Art, ‘bringing the living history of southern California art to the stage’. What it really became was a hilarious roast and toast of four 20th century ‘Cool School’ artists, who had come together to reminisce, reflect and tease one another with eyewitness tales and memories.

On stage were Ed Moses, silver-haired and bearded in a wheelchair; Larry Bell, cowboy-hatted and crusty; Ed Ruscha, first dour and then amused by his peers’ ‘alternate facts’; and provocateur Billy Al Bengston in a floral jean jacket. (Only Robert Irwin, the beloved watercolour teacher at Chouinard, the pre-cursor to CalArts, was a no-show, due to back problems.) In the star-studded audience, Irving Blum, a director of the late, great Ferus Gallery, stood up to respond to Ruscha’s query about how much Andy Warhol’s soup cans actually went for ($100).

These rock stars of art tripped over one another to wittily dispute memories as waves of laughter rippled through the packed house. Times were frugal. Their parents were worried. Of his practical decision to paint, despite working under the tutelage of ceramist Peter Voulkos, Bengston said, ‘You got more money for a painting than for a pot.’ 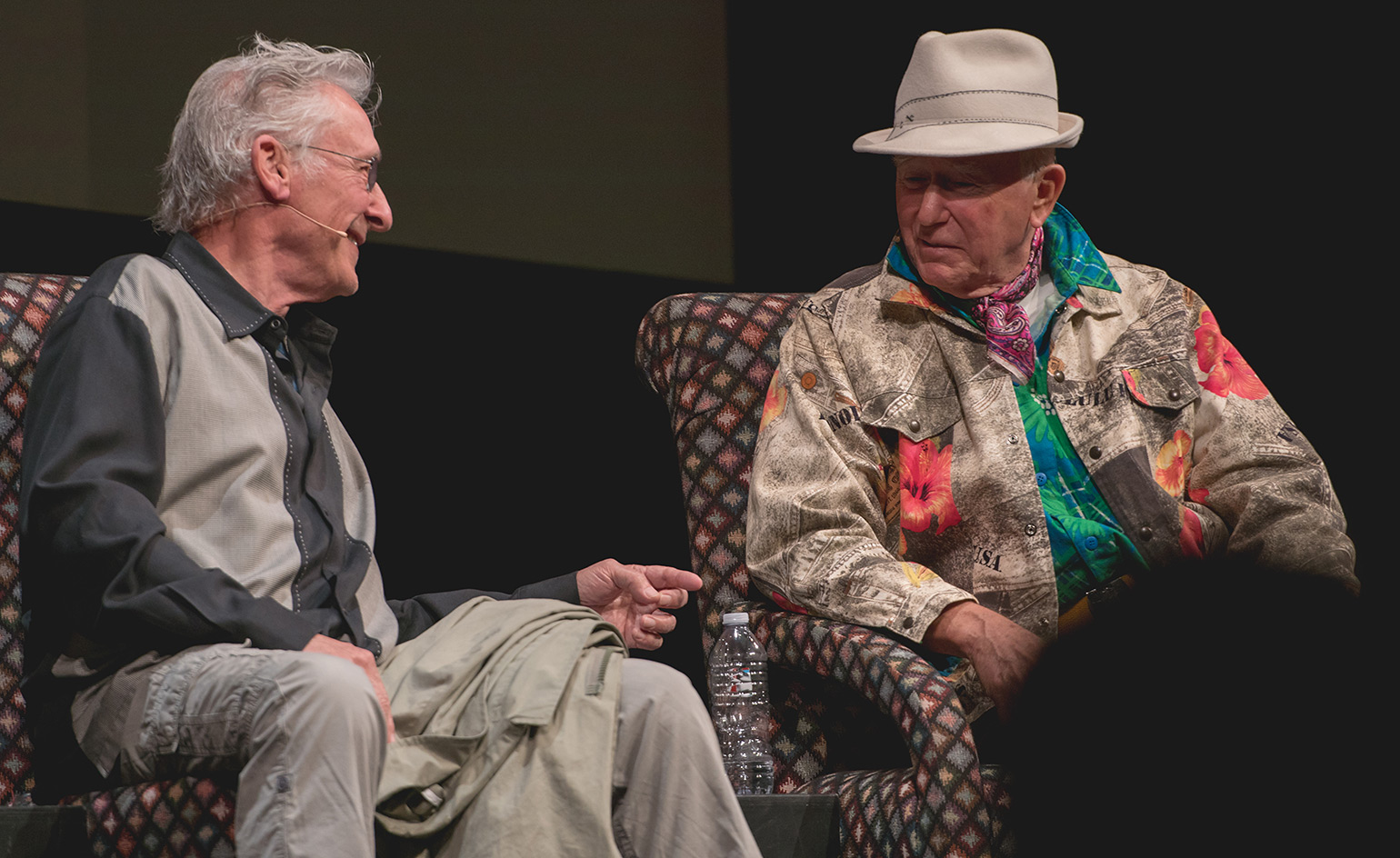 Back in the 1960s they all had day or seasonal jobs that informed their practice. Ruscha worked personalising gift items (like a Ma and Pa Chopper Hopper false-teeth holder) and saw the power words could have. Bell worked in a frame shop and saw the power cheap, perfect glass and mirror could have.

Bengston raced motorcycles and learned how air-brushing techniques could be applied to canvas. (He also helped cut and stretch Warhol’s silver Elvis series, which arrived at Ferus in a roll since it was ‘cheaper to ship that way’.) Bell welcomed ’three ‘suits’ to his studio, only to learn, belatedly, that Marcel Duchamp, having a retrospective at the Pasadena Art Museum, was among them. (‘Marcel, didn’t you do something like that,’ said one suit, blowing his cover). 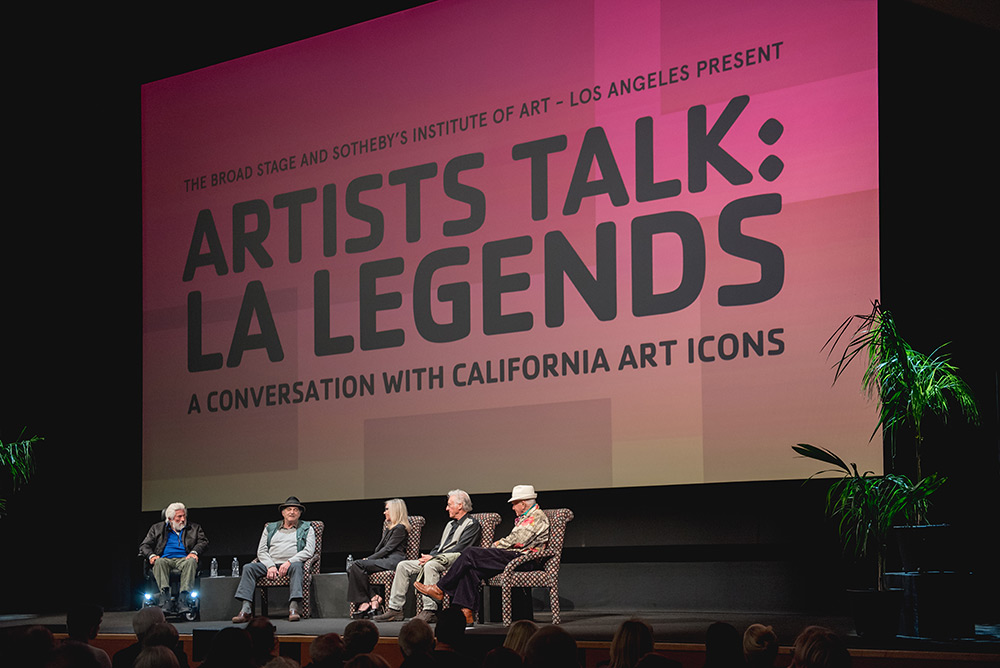 Of Ed Kienholz, the founder of Ferus Gallery, Moses recalled, ’Kienholz was always sitting on his haunches, cleaning guns.’ Working in New York did not appeal. ‘Our hair froze,’ said Bengston.

‘I didn’t have it in me to live in that city,’ said Ruscha, reminiscing about hitching to the Big Apple with Joe Goode. ‘California was sparkly. Chicks in cars.’ Warhol saw Ruscha’s first book on LA gas stations and said, ‘I love it. There’s no people there.’ And on it went, playfully stage-managed by moderator Hunter Drohojowska-Philp, who wrote the excellent history, Rebels in Paradise, on this period. 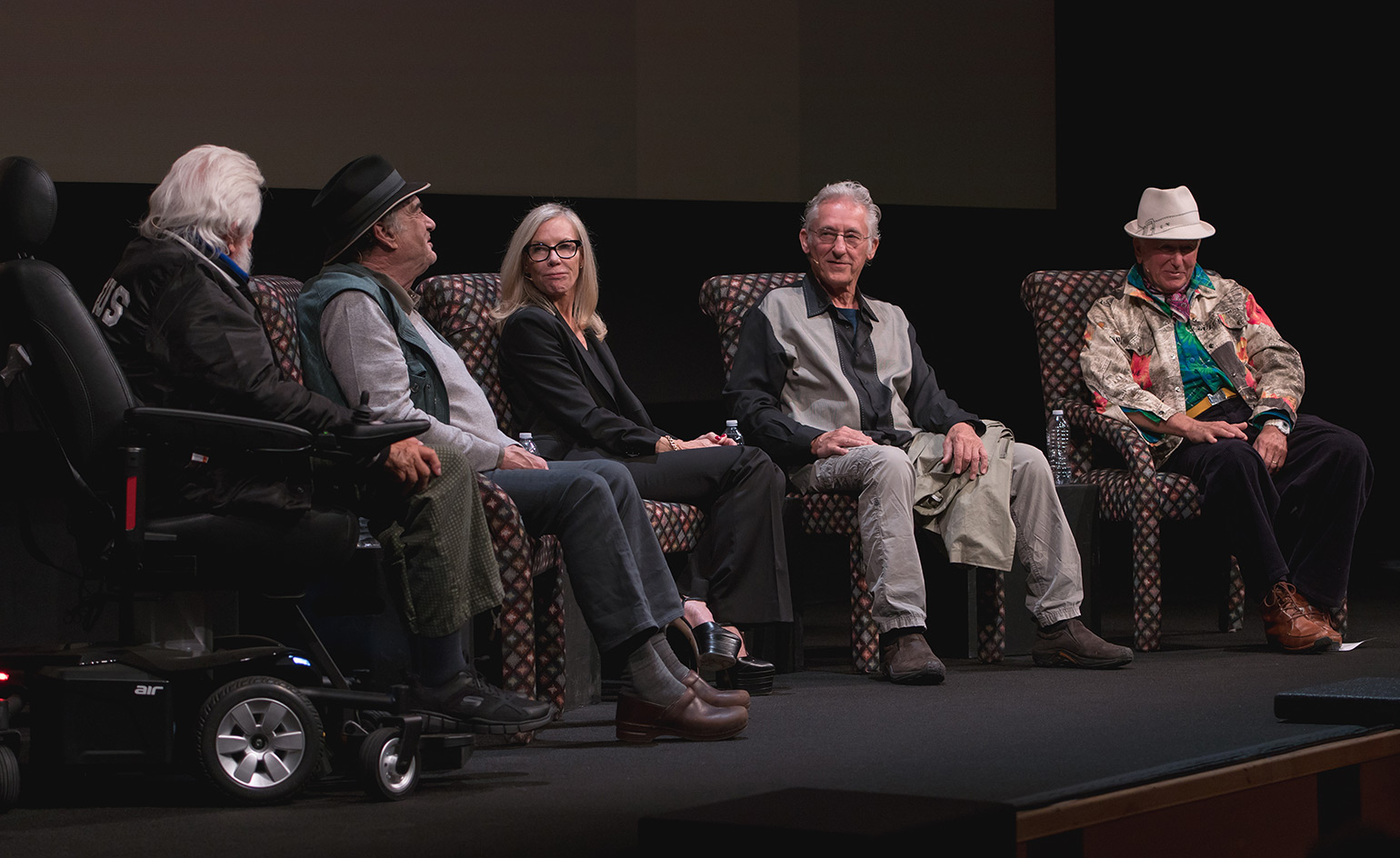 It was, in the end, a ‘guy’ night. (One hopes this will be addressed in the next Sotheby’s-Broad collaboration scheduled for autumn.) The men invoked Eve Babitz, but only as the woman who played chess with Duchamp ‘buck naked’ at his retrospective. Nevertheless, it was a thrill to have these artists assembled in one place – all are still practicing and exhibiting – to remind us of the important role of Los Angeles in the counter-narrative to east coast abstract expressionism.