During this year’s Art Basel Miami Beach, BMW unveiled the latest instalment of its Art Car collection, this time created in collaboration with American artist John Baldessari. It’s the 19th in a series of vehicles (or ‘rolling sculptures’) created by visual artists: since 1975, the German car marque has worked with Andy Wharhol, Jeff Koons, Jenny Holzer, Frank Stella and Roy Lichtenstein, among others.

The car was on display at Miami’s Botanical Gardens, before being prepped to race next January. Baldessari worked on the M6 GTLM, a V8 engine with M TwinPower turbo technology, while racing drivers Bill Auberlen, Alexander Sims, Augusto Farfus and Bruno Spengler will take turns at the wheel during the the Rolex 24 Hours of Daytona endurance race. 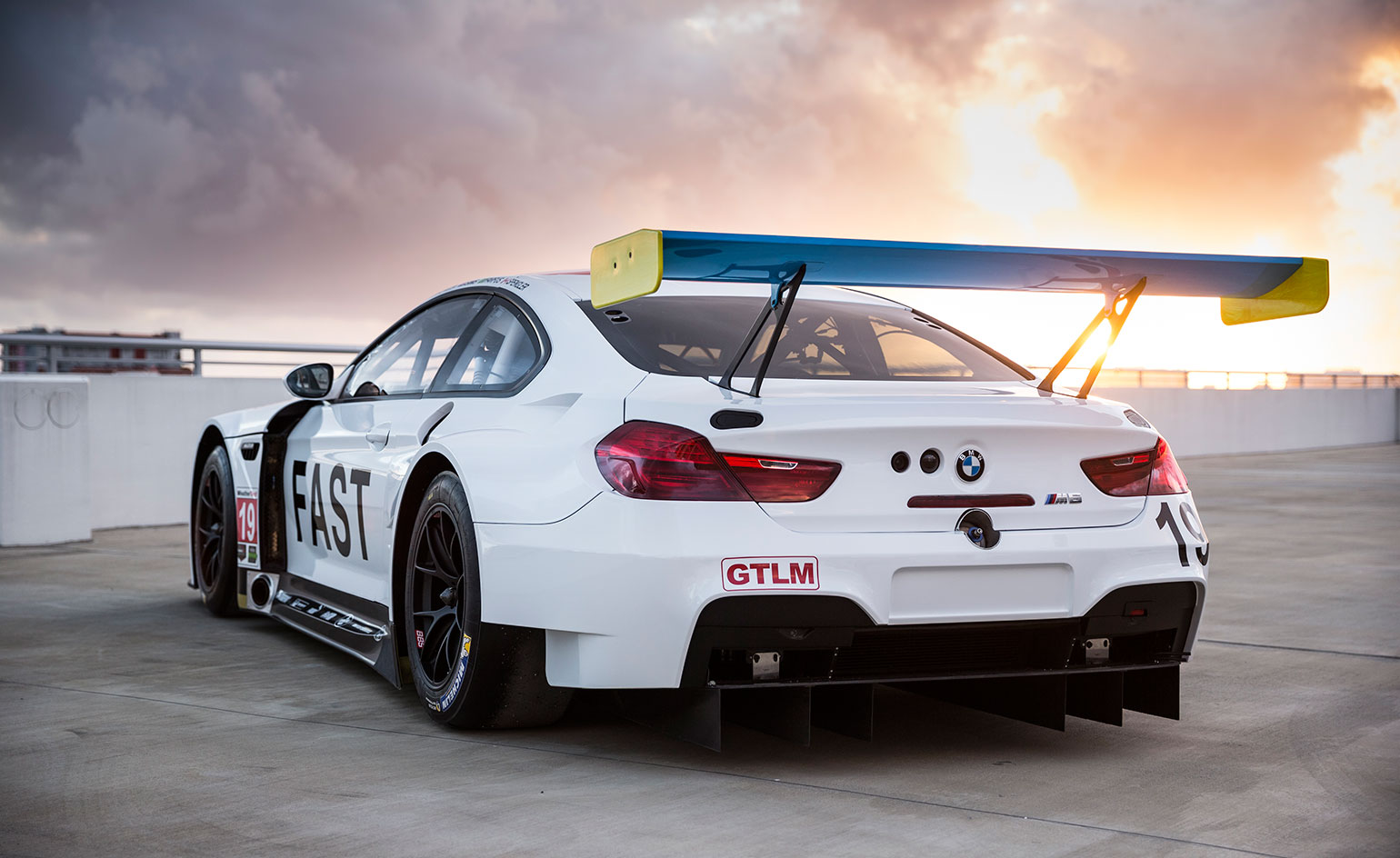 ‘For the project, I entered uncharted territory, not just in terms of the subject, but also moving from two to three-dimensional art,’ says the artist, adding that one of the challenges he faced was to create something that would be understood from multiple points of view. The car bears some of the recurring motifs of Baldessari’s oeuvre: both the bumper and the roof feature green and red dots, while the artist wrote ‘Fast’ on one side and painted a miniature of the BMW model on the other side. ‘I like the ambiguity, having two-dimension and three-dimension at the same time,’ he adds.

The car comes with a Baldessari signature on the roof, and the artist had to work with a special paint to ensure that the car would perform in the race without being affected by unnecessary weight. ‘To create something that is not an ornament but has a function is interesting to me,’ says the artist, who was not only attracted to the functionality of the car, but also its meaning in popular culture. ‘As a culture we are not fascinated by slowness, we are fascinated by speed. Nobody wants to be slow,’ he notes, adding that the project brought back memories of attending racing events as a child in California.

‘I consider the car as an icon of contemporary life,’ concludes the artist. ‘My concept turned out playfully satirical, but it also highlights some of the trademark ideas that I use. So you can say, this is definitely a typical Baldessari and the fastest artwork I ever created!’

On one side, Baldessari applied an image of the car to the door. ’I like redundancy,’ he said

The car was presented during Art Basel Miami Beach last week, before being prepped to race next January

The artist hand-painted the car using specially-developed paints that would not affect its racing performance. ‘To create something that is not an ornament but has a function is interesting to me,’ says the artist