‘For Melgaard, “the purge” is a cathartic performance in which he disposes himself of material belongings while activating the exhibition space via public retail therapy and mass chaos,’ explains creative director Babak Radboy. The two met working on Red Bull’s ‘DISOWN’ show, which disseminated the distinction between fashion and fine art—an appropriate primer for this project. 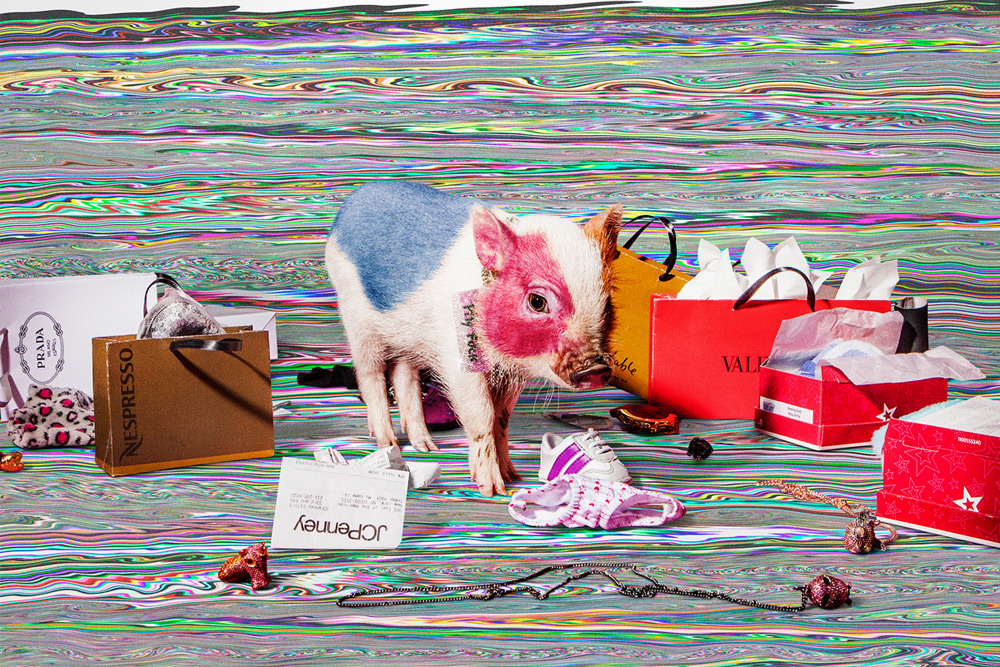 The Casual Pleasure of Disappointment transforms the gallery into a ‘multilevel psycho-pathological department store’ with a series of gritty, grotesque mannequins made with art/fashion stylist Avena Gallagher. ‘The architectural bones of our unusual space became a real boon, lending themselves quite well to this derelict department store vibe. The fact that Red Bull Arts used to be a Barney’s Co-Op was not lost on Babak and Bjarne as they were conceptualising the installation,’ says curator Max Wolf.

In addition to the programming at Red Bull Arts, Gavin Brown’s Enterprise serves as a satellite jewellery department, selling pieces made by Melgaard with jeweller Bjørg Nordli-Mathisen (BJØRG), which was debuted worn by a dozen live miniature piglets. ‘We are interested in how self-presentation (or self-delusion), romance, finance, lust, greed and accumulation intersect in human relationships. Jewellery is very loaded when it comes to that — it’s a very expensive symbol of love or commitment or desire,’ Radboy says. 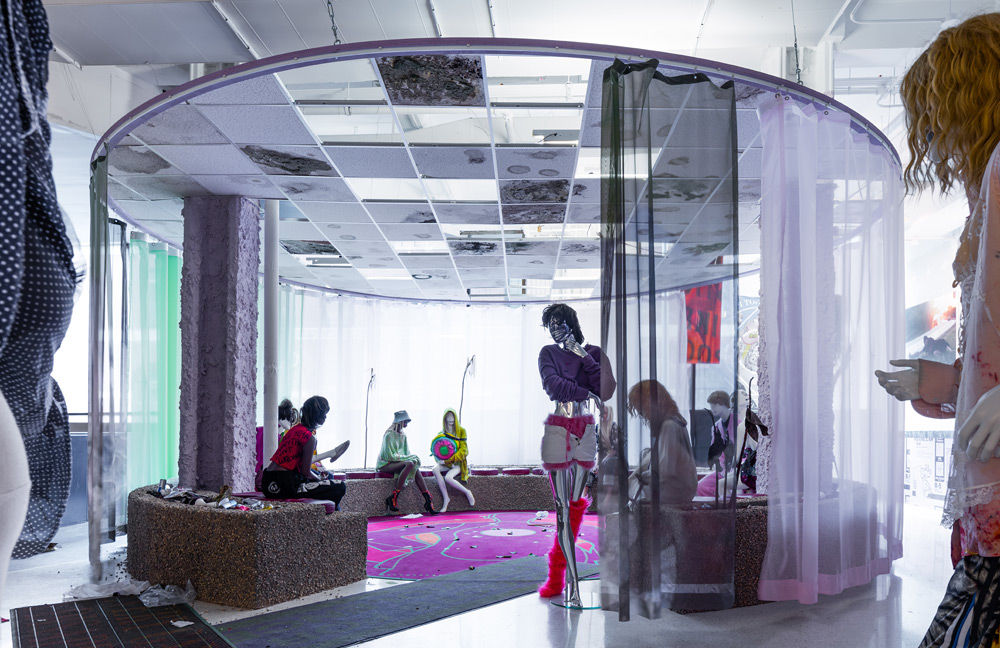 The derelict department store is populated by an army of genetically enhanced mannequins. Photography: Andre Herrero

The provocative installations relay Melgaard’s attempt to confront the endless consumerism and pointlessness of fashion. As an antidote, he created capsule collections of sweats and track jackets, black t-shirts and bomber jackets, and orange militant pieces (a reference to the queer Bash Back movement in the early 2000s) for the real communities living and interacting on the street.

‘The entire presentation is an assault on the senses,’ says Wolf. ‘From the Melgaard capsule collections to Bjarne’s militia of modified mannequins that haunt the space like these frozen bargain basement spectres from the past.’ In addition, the exhibition will adopt a full range of commercial marketing strategies, including fashion editorials, look books, brand identities and a magazine-exhibition catalogue.

The installation harks back to the site’s previous life as a Barney’s Co-op. Photography: Andre Herrero

Produced in collaboration with creative director Babak Radboy, the exhibition will feature a presentation of the eponymous menswear/unisex clothing line. Photography: Andre Herrero

The mannequin’s looks were created with the help of art/fashion stylist Avena Gallagher. Photography: Andre Herrero

The project will be accompanied by a suite of fashion editorials, look books, and brand identities, which will dress the windows of the installation. Photography: Andre Herrero

The artist has also created capsule collections of sweats and track jackets, black t-shirts and bomber jackets, and orange militant pieces. Pictured, ’Bash Back Bomber’ from the Melgaard collection, 2017. © The artist

A music video made in collaboration with Jim Henson Company will be on view within the exhibition. Pictured, a still from Goodbye To Love, 2017. © The artist

The Casual Pleasure of Disappointment is on view until 9 April. For more information, visit the Red Bull Arts New York website