Located on a steep slope in the Caniçada Valley in Portugal, Gerês House is designed by Carvalho Araújo. Photography: NUDO

The location for our new March issue men’s tailoring fashion shoot was Gerês House, a horizontally extending monolith thoroughly embedded into a steep slope in the Caniçada Valley in Portugal, designed by architecture firm Carvalho Araújo. Deeply conscious of the landscape, its concrete, wood and glass form fits to the edge of the land like a glove, burrowing its fingers into the earth like the roots of a tree. A landslide destroyed a house previously existing at the site.

Instead of fighting nature, Gerês House seeks to understand it, enveloping a craggy yet defiant stream of water flowing down from the high land into its design, in deference to nature. Conversing with the vocabulary of the house, a concrete structure follows the irregular journey of the stream, pacing its movement, until it bypasses the house and gathers into a small lake at the lower level of the house. 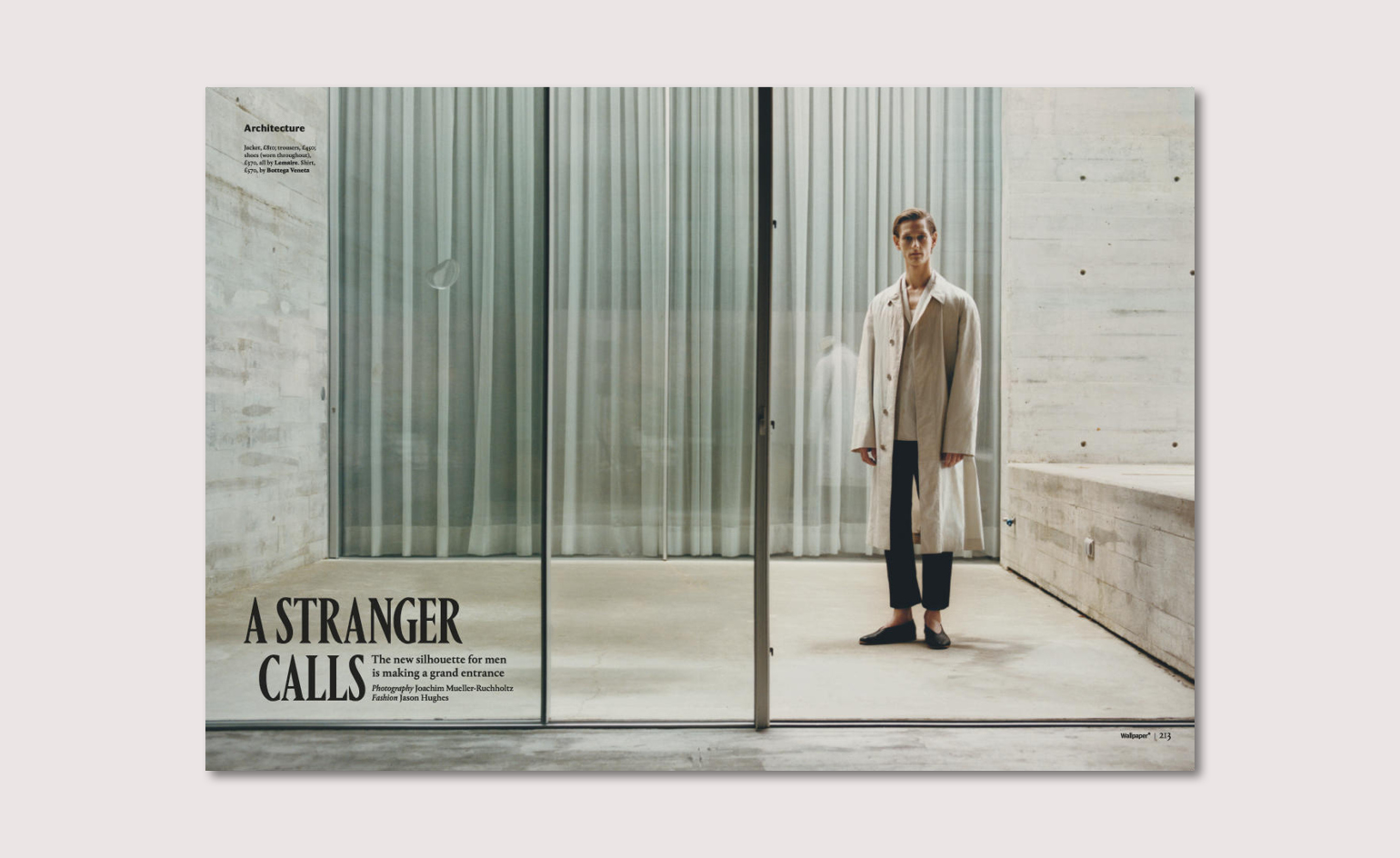 ‘The biggest challenge building Gerês House was to understand how the house could relate to the existing small stream,’ says José Manuel Carvalho Araújo. ‘Because it was a very sensitive place, the house should respect and preserve it, without compromising what the client intended for the house and the land.’

Entering the house on the upper level, with a view over the whole house and site, the inhabitant is welcomed into an open plan design which serves as a living and working space. The client is the owner of window company Otiima, so wanted to use the house as a showroom for his products and a creative location to meet with clients, employees and artists, as well as a family home. Designed as a social and versatile space, the open plan kitchen and living areas extend outside to a large terrace and also interact with the upper level of bedrooms which extend into the space as a mezzanine.

‘The result was a house that responds to the client’s needs and coexists, at the same time, in a perfect balance with the existing small stream, which eventually became an important piece of the identity of the house,’ says Carvalho Araújo.

A natural stream runs through the site...

...pooling into a lake below the house

The open plan living space is versatile to welcome friends, family and work clients of the owner

The house is made of concrete, wood and glass

Gerês House coexists with the nature of the site