Kim describes the 1980s-inspired off-kilter finish of his shapes as a kind of ‘refined awkwardness’. ‘It’s about making unexpected adjustments to familiar forms,’ he says. ‘To stand out, our woman makes adjustments in her wardrobe that might look accidental and appear awkward but are actually anything but.’ Such awkwardness is achieved by clashing heavy herringbone tweeds with patent pig skin and with unusually placed twisted seams, mid-calf ruching on a pair of trousers and a little bit too much sleeve. 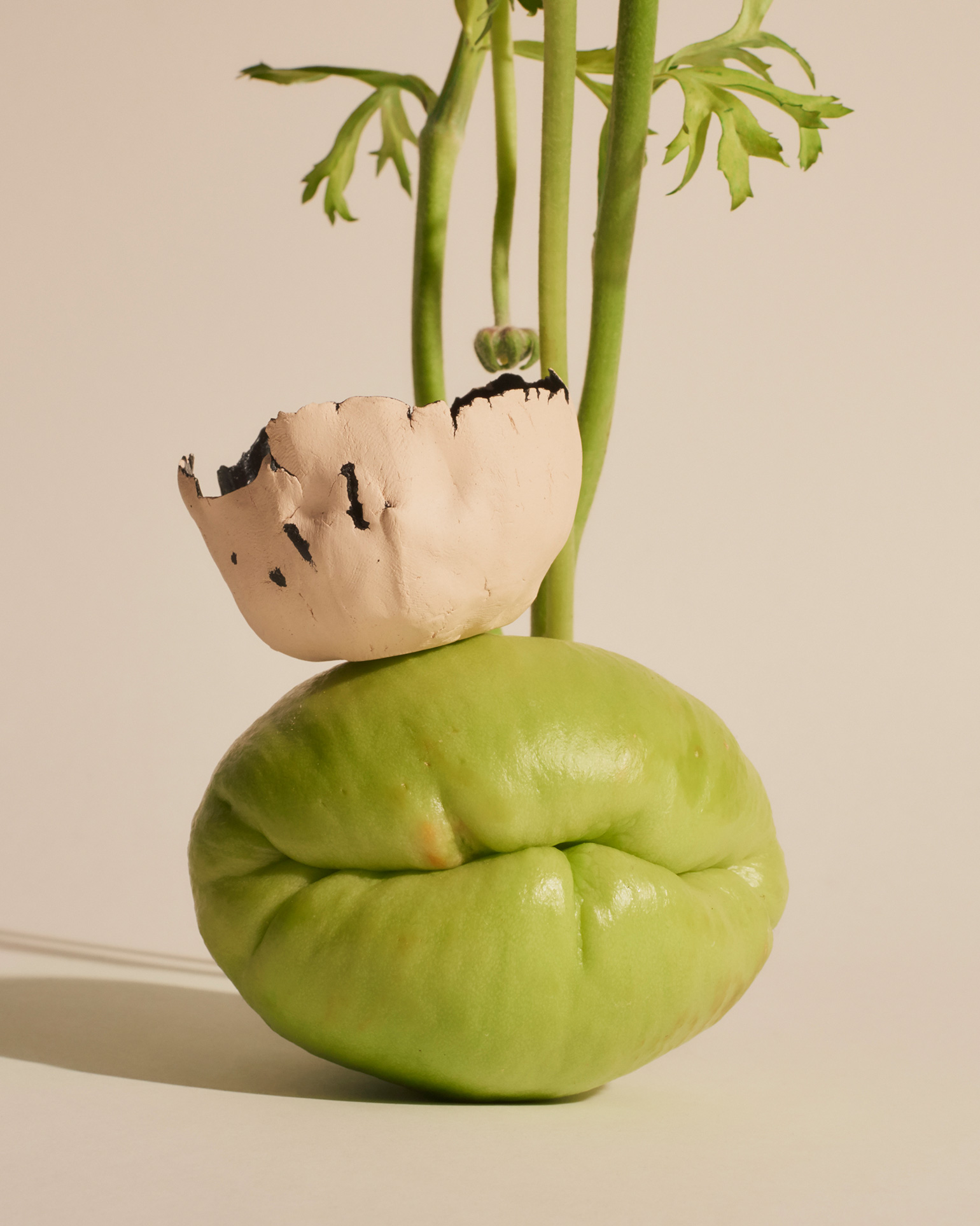 The result is layering of an architectural kind, as stylist Carl explains: ‘The idea was to build the pieces around the body as sculptures – all inspired by feminine and empowering shapes. They’re very organic, not hard; the fabrics are incredible on the body.’ It was this fluid and organic nature that inspired Van Der Hagen to mirror each striking pose and shape with a corresponding still life arrangement. From fragile poppies redolent of an Irving Penn photograph to the heavy, bulbous traps of a monkey cup plant, each object reflects the hang or drape of the ensemble overleaf in a subtle, yet playful, manner.

‘The still life objects were chosen with the clothes in mind. There were certain shapes that I wanted to emphasise,’ explains Pedan, who worked to establish a biological connection between both plants, the human body and clothing. The images, and the relationship between the creative team who produced them, flourish together in fine form.

The look book was shot by Janneke Van Der Hagen and styled by Alex Carl, with set design by Janina Pedan

Opting for an architectural aesthetic, pieces in the collection were built onto the body like sculptures

Jaeha designer Jae Kim favours making unusual adjustments to traditional silhouettes, like the volume of a sleeve or the tightening of a trouser shape

Each look in the collection was shot against a plant of mineral form, reflecting its colour or shape

The images establish a connection between both plants, the body and clothing

Fabrications in the collection include herringbone and patent pig skin