Leading light: Armani/Casa dispatches a bright envoy to mark the launch of its new Milan store

An Armani/Casa ‘Logo’ lamp in the London office of David Collins Studio, as part of a global tour. Photography: Beppe Brancato

Giorgio Armani created this pyramid-shaded lamp for his own design studio in 1982. When he launched his interiors arm Armani/Casa in 2000, the design became an integral part of his home collection and got its ‘Logo’ lamp moniker.

To celebrate the autumn opening of the new Armani/Casa store in Milan, at the former De Padova HQ on Corso Venezia, the ‘Logo’ lamp has been photographed across the globe by Wallpaper* contributor Beppe Brancato in the homes or offices of leading figures in the design world. Among them  are Vincenzo de Cotiis, John Pawson, Jaime Hayon, Vincent Darré, Roksanda Ilincic and Tadao Ando –  not forgetting Wallpaper’s own Nick Vinson. 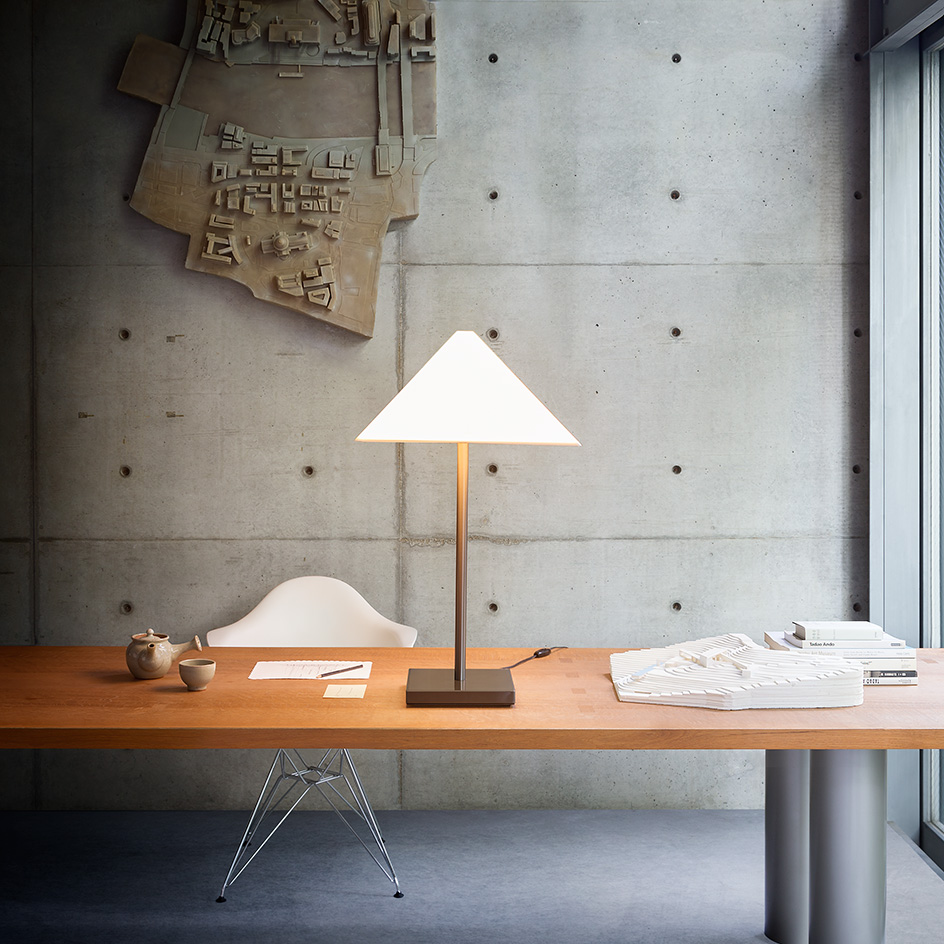 The lamp is shown immediately above in the Osaka office of Pritzker Prize-winning architect Ando, who completed the Armani/Teatro in Milan in 2001, on a one-off table of his own design. On the  wall is a model of Ando’s 1995 competition entry for the Tate Modern extension, while on the desk is a model of his 2011 Casa Monterrey, Mexico.

A special edition of the lamp will be available from the new store. For more information, visit the Armani/Casa website