Tony Cragg began collecting fossils aged 11. His interest in strata, prehistoric forms and found matter have continued to influence his artistic practice as an adult.

Over a long and industrious career, Cragg’s morphing, geological figures have earned him accolades as far reaching as a Turner Prize in 1988 and a prestigious place at the Venice Biennale the same year. In 2002, he was made a CBE for services to art. Now, his achievements are the subject of a thorough survey at Yorkshire Sculpture Park in Wakefield, where his works twist out from behind hedges, soar on hilltops, and sink into bowls.

It’s difficult to believe when faced with the sheer scale and number of his works, but art wasn’t always the dream, Cragg tells us. As a teenager in 1960s Liverpool, he worked as ‘a lowly lab technician’ (his words), for the National Rubber Producers’ Research Association. He probably would have ended up pursuing a chemistry degree, he explains, had he not stumbled upon an interest in drawing, which galvanised him to take a night class in printmaking. 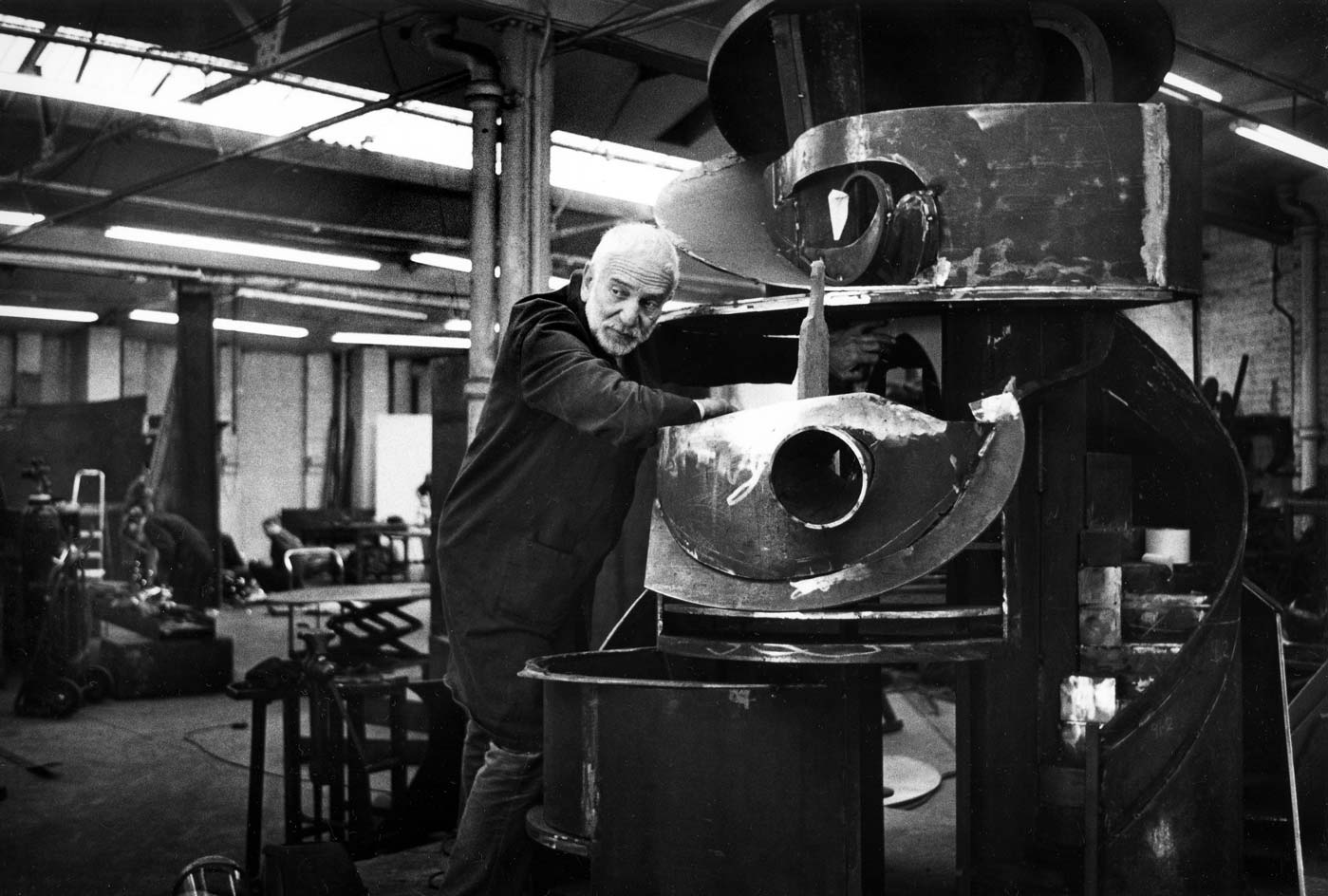 To help celebrate YSP’s 40th anniversary, the Upper Gallery has been filled with photographs by Anne Purkiss of sculptors with their sculptures. See more of the show here...

From here, Cragg attended Wimbledon College of Art from 1970–73, where he was obliged to create a sculpture as part of the course. ‘I immediately enjoyed it, and wanted to do more,‘ he explains. ‘Each new work I produced seemed to take on a new personality, face or emotion.‘

But, somewhat surprisingly, it was performance art that really captured his imagination as a student, as the Project Room at the YSP pays homage to. ‘This space is intended to give a sense of the range of Tony’s work,’ explains YSP founding and executive director Peter Murray. Early photographs display a fresh-faced Cragg creating chalk silhouettes of himself, as if making a sculpture of his own body. These works are seen alongside artefacts, half-formed models and relics generously donated by the artists, evoking both the organised chaos of his sprawling studios in Wuppertal, Germany, as well as giving us an idea of what his childhood fossil collection might have looked like.

Alongside the Project Room installation and the 14 works exhibited in the open air, the business-end of the exhibition takes place in the Underground Gallery. Here, a staggering array of works ‘are compressed within the space‘, explains Murray. Seeing them closely side-by-side – particularly after viewing them in the unshuttered Yorkshire air – their impeccable material detail emerges. 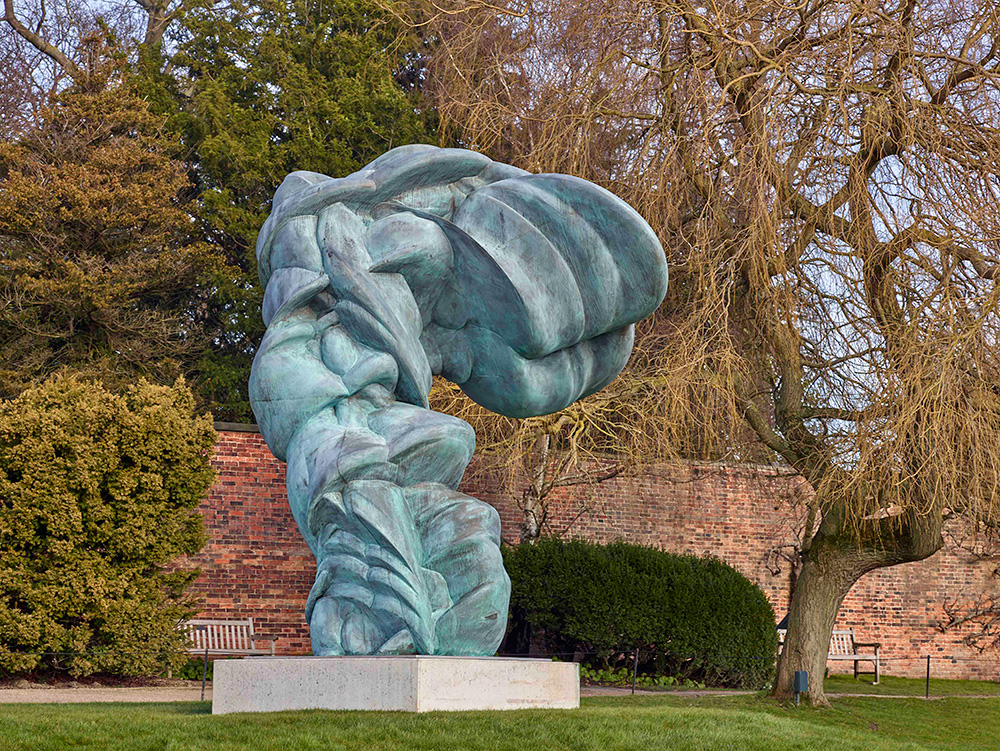 Notoriously self-titled as a ‘radical materialist’, Cragg describes his sculptures as having a ’skin’. In the confines of the Underground Gallery, this idea takes on more gravitas. There’s meaning and emotion underneath each sculpture’s surface. Take Lost in Thought, a work which comprises two intertwining marble forms, which Cragg describes as a metaphor for ’getting up in the morning, putting on clothes and facing the day’. In this sense, the work is performing, only revealing its interior matter to those willing to look.

As in Lost in Thought, there’s torment and conflicting energies in each work. They fight between endless dichotomies: figuration and abstraction, inside and out, the natural and the manmade, angles and curves, ancient and contemporary. ‘I don’t know where these tensions come from,’ Cragg admits. ‘Probably inside my head. I remain in a constant state of flux.’

Perhaps this ever-changing mindset is why Cragg and Murray are both so keen to frame this extensive exhibition as a survey rather than a retrospective. ’It represents very much the moment Cragg is occupying now, and where he has arrived at,’ Murray explains. This also hints, thankfully, there’s plenty more to come.

’Tony Cragg: A Rare Category of Objects’ is on view until 3 September. For more information, visit the Yorkshire Sculpture Park website